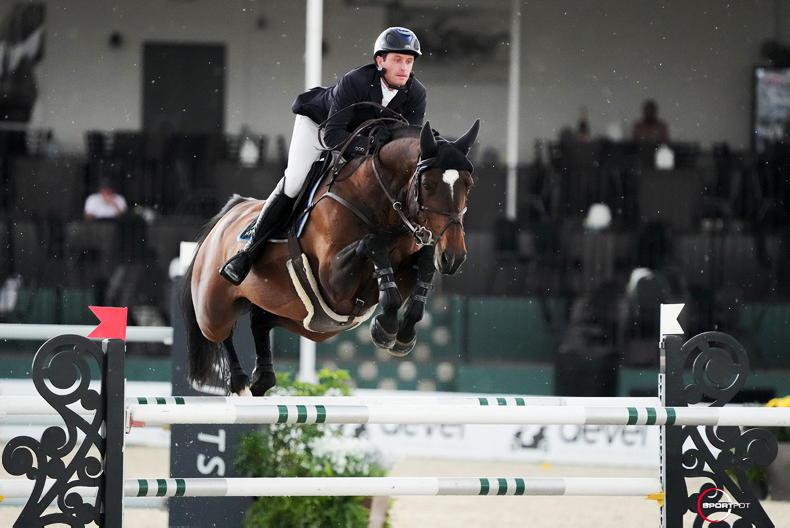 Nine of the 43 starters made it into the jump-off where Kenny partnered Volnay Du Boisdeville to the fastest clear (39.43) to take the winner's prize of over $71,000. Louth teammate Mark McAuley was his closest challenger, finishing just .09 of a second slower with Jasco VD Bisschop to take runner-up spot and $43,200.

Ardnacashel Coovella (ISH) 2009 mare is by Luidam (KWPN) out of Prominence (ISH), by Harlequin Du Carel (SF), bred by Janice Reddy, Co. Down,