Just one final step...
You must confirm your email address by clicking on the link we’ve sent to your email address.
You are only one short step away from reading 5 free Field+ articles.
SHOW JUMPING: Irish riders netted over $1 million during WEF 2021

IRISH riders enjoyed a winning streak during the 2021 Winter Equestrian Festival in Wellington, Florida, USA, scooping almost $1.1m in prize money on offer in the international classes and winning 16 competitions in total.

Some really exciting young horses threw down a marker for the future, as Irish breeding of top-class showjumpers continues to make a comeback. It is exciting times in Irish equestrian sport.

At 25 years of age, Bertram Allen was one of the youngest of the strong Irish contingent in action throughout the 12-week tournament, but the Wexford-born rider who finished seventh at the FEI World Equestrian Games in Caen, France in 2014 and third at the 2015 FEI World Cup Finals in Las Vegas, USA turned out to be the biggest money-earner.

His total winnings of $246,775 was buoyed up by victory in the $401,000 five-star Grand Prix in week seven in which fellow-Irishman Daniel Coyle lined up second with Legacy. Allen’s Irish Sport Horse Pacino Amiro was the real show-stealer that night. He had finished sixth on his Grand Prix debut behind Shane Sweetnam’s Alejandro just a few weeks earlier, and the nine-year-old gelding really rose to the challenge when asked to step up his game this time around in the five-horse jump-off for a crisp, clean victory. Cork-born Shane Sweetnam, the seasoned team member who helped secure European Championships team gold in Gothenburg, Sweden four years ago, was Ireland’s second-highest earner when scooping a total of $241,232. He got off to a flying start with a big win in the very first $401,000 five-star Grand Prix of the series in early February and he and never looked back.

Riding Alejandro under lights that night, the pair pinned reigning European champions Martin Fuchs and Clooney from Switzerland into runner-up spot with a blistering turn of speed against the clock to collect the hefty $132,330 first prize.

And three weeks later, Sweetnam joined Allen, Michael Duffy and Cian O’Connor to secure runner-up spot in the $150,000 four-star Nations Cup in which the hosts from the USA won through. There was a spectacular result in Week nine when Irish riders claimed all of the top five places in the $73,000 five-star Challenge Cup. Irish eyes were smiling even brighter when two of them were riding Irish Sport Horses, including Offaly winner, Darragh Kenny, whose incredible run of form saw him placing in the money in 27 different competitions over the three-month period.

Kenny’s winning horse on this occasion was the 11-year-old Sligo Balou Boy (ISH) who was last to go in the 10-horse jump-off and cruised home to claim pole position. The other Irish-bred to get in the ribbons was the nine-year-old Kilkenny (ISH) ridden by Olympic bronze medallist Cian O’Connor who lined up in fifth behind Shane Sweetnam and Alejandro in fourth, Limerick’s Paul O’Shea and Skara Glen’s Chancelloress in third and Galway’s Michael Duffy in runner-up spot. It was a real Irish bonanza that day.

Kenny went on to also top the $137,000 Horseware Ireland three-star Grand Prix in week 10 riding Great-Tikila J and was Ireland’s third highest earner at the Winter Equestrian Festival when pocketing a total of $157,640. Cian O'Connor's Kilkenny soars over the open water on his way to finishing third in the five-star Grand Prix during week nine of the Winter Equestrian Festival in Florida, USA \ Sportfot

Meanwhile O’Connor’s grey, Kilkenny (ISH), just kept improving, finishing third in his first-ever five-star Grand Prix in which Sweetnam lined up in fifth with Karlin van’t Vennehof, Kerry’s Captain Brian Cournane was seventh with Armik and Allen and Pacino Amiro (ISH) slotted into ninth place. Then, as the tournament was drawing to a close, Kilkenny (ISH) showed even more promise when just pipped for the honours in the $137,000 Rolex Grand Prix in Week 11.

Other Irish Sport Horses to make a big impression were the 11-year-old Castlefield Vegas (ISH) who was on the second-placed Irish Nations Cup team and also posted an impressive double for Bertram Allen when winning both the WEF Challenge Cup and the $137,000 three-star Grand Prix in the same week. Meanwhile Andrew Bourns’ 10-year-old Sea Topblue (ISH) finished fourth in the three-star Grand Prix in Week 2.

Clare’s David Blake rounded up the Irish effort with a win with Dy Zento in the two- star Grand Prix, pinning another Irishman Kevin Mealiff riding Tupac van de Wvrombautshoeve Z into second place as the three months of competition drew to a close.

Irish Chef d'Equipe, Michael Blake has been a welcome support to the riders in what was a very competitive 12 weeks.

“WEF 2021 was hugely successful for our Irish riders. We were very lucky that so many of them had the opportunity to compete at such a high level. This is a big year for us - we have the EEF Nations Cup Series, the FEI Nations Cup Series, the European Championships and of course the Olympic Games in Tokyo. It was great to see a number of new top-class combinations emerging, and our sincere thanks must go to the owners who continue to make their horses available to Team Ireland,” Blake said.

Darragh Kenny, age 33, from Offaly, Ireland and based at Oaklands Stables in Wellington, Florida, USA and Meijel, The Netherlands.

David Blake, age 31, from Clare, Ireland, and based at Pine Hollow Farm in Wellington, Tryon and Parkland, USA.

Kevin Mealiff, age 30, from Offaly, Ireland and based at Oakland Stables in Wellington, Florida, USA.

Daniel Coyle, age 26, from Derry, Ireland and based at Lothlorien Farm, Ontario, Canada.

Bertram Allen, age 25, from Wexford, Ireland and based in Hunxe, Germany.

Michael Duffy, age 25, from Galway, Ireland and based in Haywards Heath, England.

Stephen Moore, age 29, from Galway, Ireland and based in the USA.

Gavin Harley, 26 from Co Donegal, Ireland and based at Wolfstone Stables – Wellington, Florida. 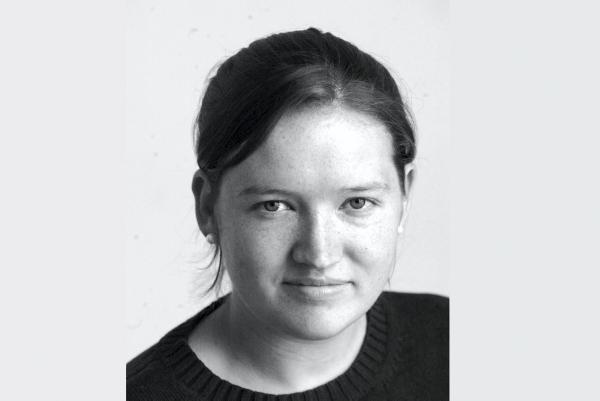