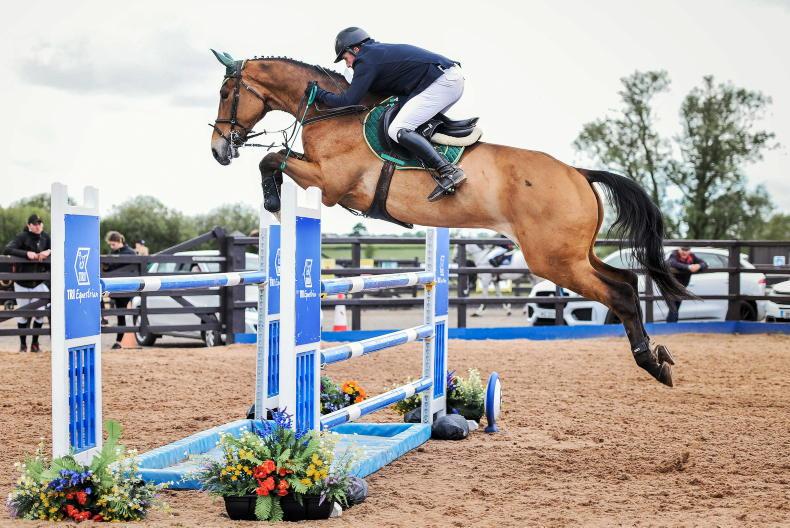 THE six-year-old division had a dozen places in Dublin up for grabs and 57 competitors took on the 1.30m two-round decider.

The home-bred Kancruise (Kannan - Cruising) finished in third for owner/rider Deirdre Doyle in 51.26. Fourth went to another from the Bravo Hughes Stable in HHS Tokyo (Z Seven Ascot - Catoki) and Carl Webb in 52.43, while fifth was Gemma Phelan riding Baden Powell’s Curraghraigue Jack Bro (Orestus - Errigal Flight) in exactly the same time of 52.43 (in this case the first round time is then the decider).