Just one final step...
You must confirm your email address by clicking on the link we’ve sent to your email address.
You are only one short step away from reading 5 free Field+ articles.
SALES: Jim Bolger sells £325,000 colt to Hong Kong

He was bought by Mick Kinane, who paid a sale record price, signing on behalf of the Hong Kong Jockey Club, the day’s leading buyer by aggregate spend.

Manning is in just her second season consigning yearlings.

"He has been a superstar since he has been here," smiled Manning. "He has the pedigree and the physique, he was busy and had a number of vettings, but it was difficult in this climate to gauge what he would fetch.

“He came to prep eight weeks ago and has always been straightforward, he is one of those that just have got something about them. I have had a brief chat with grand-dad and he is absolutely delighted."

Kinane, standing outside the ring, said: "He is a lovely horse, and we didn't think we'd be pushed that hard. He was a stand-out, he could have been sold here in a few weeks at the October Sale. Hopefully, he can run like his brother, he was a good horse."

Lot 222 proved to be the pinhook result of the session and was the second colt to sell for a six-figure sum. Offered by Beechvale Stud and by leading first-season sire Mehmas, the colt fetched £190,000, a great return on his foal purchase price of just €19,000.

Since last November the pedigree has enjoyed a significant update – the colt is now a half-brother to the Group 1 Matron Stakes winner Champers Elysees.

"He was a very athletic foal, and we really liked him to spend €19,000 on him," said Tara Armstrong of Beechvale Stud, which is based in Lisburn, near Belfast. "Champers Elysees had finished second in the Birdcatcher so we were hopeful she would go on and we thought Mehmas might have big chances to become leading first-season sire, too. My Dad has looked after the colt since last year so it is all down to him.”

Purchaser Joe Foley, signing for Clipper Logistics, said: “I hadn’t thought about it! [the price]. He is a particularly nice colt. The mare is good, and has bred two good Elzaams."

"Obviously Champers Elysees is there, but even without her he was a lovely colt and obviously the sire has done very well so I’m pleased to get him."

Clive Cox, a consistent supporter of the September Sale, went to £75,000 for the Red Jazz Full-brother to the Group 2 winner Snazzy Jazzy (Lot 72) , a 2016 graduate of this sale and trained by Cox, while Katie Walsh bought a Kingman filly (Lot 98) from the family of Intercontinental and Hasili for £70,000 as a breeze-up prospect.

The September Yearling Sale continues on Tuesday 21 September starting at 10am. 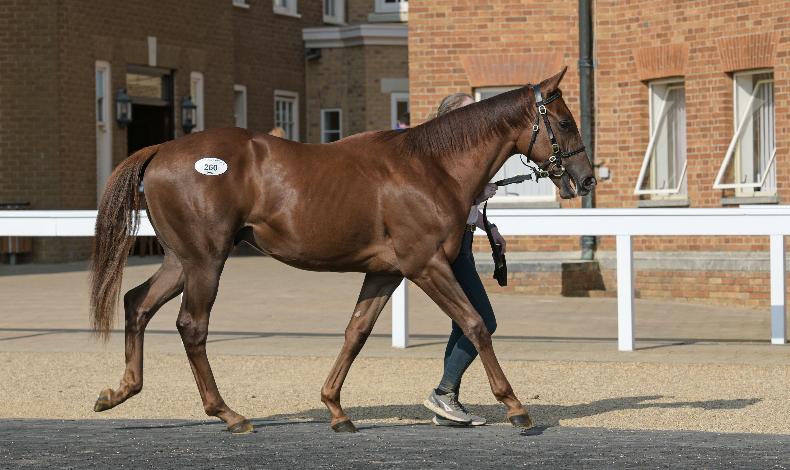 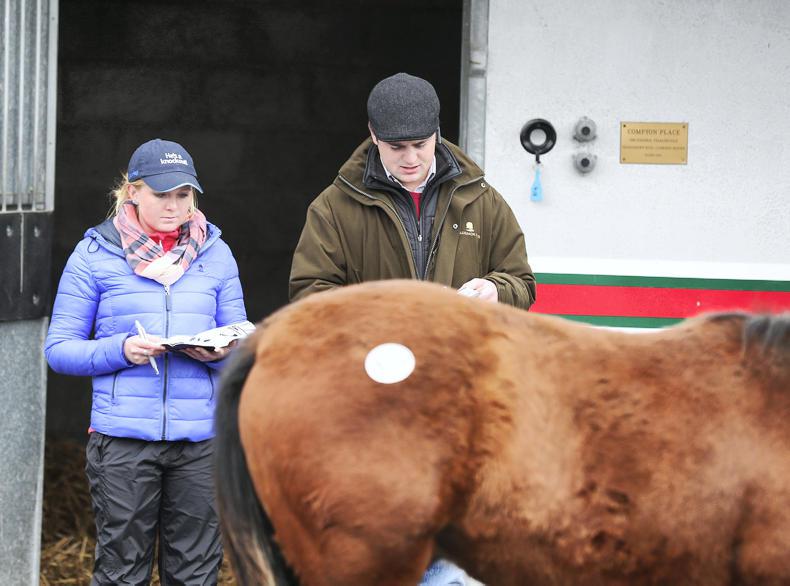 Latest News
SALES: Another Jim Bolger sale-topper at Newmarket
By Irish Field Contributor on 23 September 2020
More in Latest News
News FREE
NEWS: Wembley could score for O'Brien among seven Futurity entries
News FREE
NEWS: Heffernan takes over on Princess Zoe in Royal-Oak
News FREE
CHELTENHAM: Search for sponsors for Grade 1 novice chases at Cheltenham
Classifieds
Place ad
Get full unlimited access to our content and archive.
Subscribe to The Irish Field
Unlimited access to The Irish Field via your computer, mobile device, tablet or newspaper delivered to your door.
Subscribe now +
Already a subscriber? Sign in