Just one final step...
You must confirm your email address by clicking on the link we’ve sent to your email address.
You are only one short step away from reading 5 free Field+ articles.
SALES: British trainers land top lots at Goffs UK Store Sale

SALES: British trainers land top lots at Goffs UK Store Sale
By Irish Field Contributor on 21 May 2019
Irish trainers and owners were not as prolific in Doncaster today as they were 12 months ago

TUESDAY'S Spring Store Sale at Goffs UK in Doncaster saw a clearance rate of 80% of lots offered but the median price declined by 13% to €21,000.

Two lots shared the top price of £105,000. The first to reach the mark was Oak Tree Farm’s Yeats gelding who was bought by Aiden and Olly Murphy for £105,000. The three-year-old is a half-brother to this year’s Cheltenham Festival Grade 1 winner Roksana.

Later in the evening that price was matched with Ballincurrig House Stud’s Getaway half-brother to the Scottish Grand National Winner Joe Farrell which was knocked down to Ross Doyle and Colin Tizzard. Doyle and Tizzard spent over £230,000 on four lots together.

Of the top 10 buyers on the day (in terms of money spent), only one (Donnchadh Doyle's Monbeg Stables) was Irish. Last year six of the 10 were Irish. Only one of the top 10 lots today is likely to be trained in Ireland and that will race in point-to-points.

The Spring Sale will continue on Wednesday from 10am with the opening day of the Spring HIT/P2P Sale which will include the dedicated point-to-point session and also offer the annual Million In Mind draft. Day two of the Sale on Thursday will offer horses-in-training including the Brittas House and Grech & Parkin Dispersal. 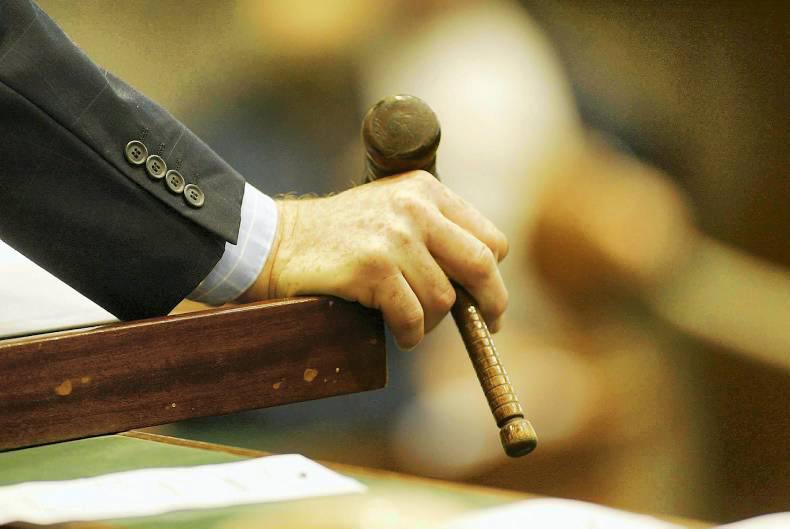 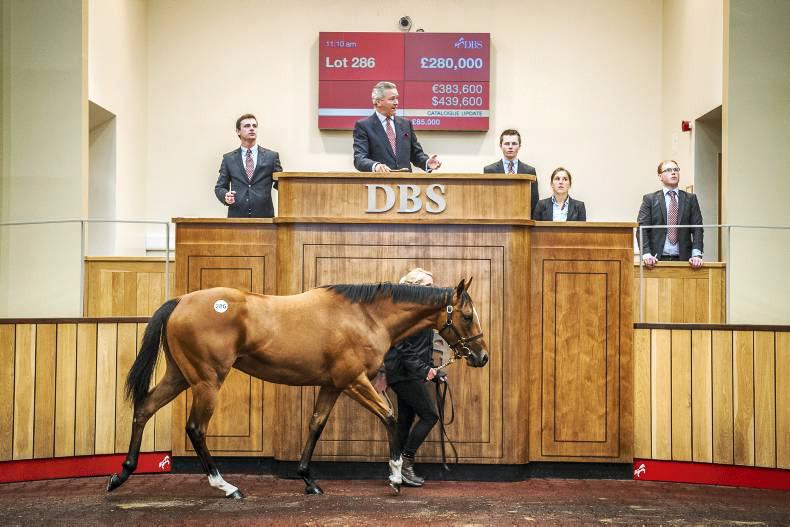