Just one final step...
You must confirm your email address by clicking on the link we’ve sent to your email address.
You are only one short step away from reading 5 free Field+ articles.
SALES: Barronstown Stud sells Galileo filly for 2,100,000 guineas

SALES: Barronstown Stud sells Galileo filly for 2,100,000 guineas
By Irish Field Contributor on 10 October 2019
The filly from the family of New Approach was bought by the partnership of Coolmore Stud and Westerberg and was one of 10 lots to fetch a seven-figured sum during the three-day Book 1 sale

BOOK 1 of the Tattersalls October Yearling Sale came to a close with three lots selling for 1,000,000 guineas or more, taking the number of seven-figure yearlings to 10.

Heading the way on the final day was the Galileo filly from Barronstown Stud who realised 2,100,000 guineas, the-top priced filly at the sale and it was early in the evening when the chesnut out of the Grade 2 winner Quiet Oasis was knocked down to M V Magnier and George von Opel’s Westerberg.

The sister to the recent Listed Listowel Stakes winner Lancaster House also caught the attention of underbidder Roger Varian before being secured by Magnier, who stood alongside Von Opel’s racing manager Jamie McCalmont.

"She is a lovely filly and her full-brother Lancaster House is a good horse," said Magnier.

"Her dam Quiet Oasis raced for Reddam Racing so I know her well," added Jamie McCalmont, a former racing manager for Paul Reddam.

Adrian and Philippa O’Brien’s Hazelwood Bloodstock continued a remarkable sale with their second seven-figure horse for the week when selling the Kingman colt out of One Last Dance to M V Magnier for 1,800,000 guineas.

The colt was bred by John Camilleri's Fairway Thoroughbreds, the breeder of the superstar racemare Winz and Group 1 winner Vancouver.

"It is very special to be here and sell here," said Camilleri. "I have a small band of broodmares in Europe – around 12 – and they are in Ireland at Norelands and in the UK at Hazelwood. It is a mix of both European and southern hemisphere bloodlines.

"I sent up some mares from Australia – they were not in-foal on southern hemisphere time but I thought their bloodlines were good enough to come to the northern hemisphere.

"I love racing and horse sales and travelling for both, and it is a pleasure to be here, but the stallions whom I would call 'elite' are currently in Europe – Dubawi, Kingman, Galileo and Frankel."

The underbidder on the colt was Godolphin’s Anthony Stroud, while others to get a bid in included gold medal-winning Olympic eventer Mark Todd.

Book 1 of the Tattersalls October Yearling Sale has been a memorable one for the O’Briens with their three sold lots realising 5,875,000 guineas in total.

"It is unbelievable," said O'Brien. "This colt has oozed class since day one, he is just full of quality. I am so grateful to my clients for this opportunity to work with such horses.

"I wish the best of luck to MV Magnier and Ballydoyle, but this colt does look as though he will be the proper racehorse."

Another vendor enjoying a fantastic sale was Eugene Daly’s Longview Stud whose two lots catalogued for October Book 1 realised a total of 1,975,000 guineas.

The first of these was the Sea The Stars colt out of Lopera who was purchased by Godolphin for 875,000 guineas, which represented a profitable pinhook success, having been purchased for 400,000 guineas at the December Foal Sale.

An hour later the stud struck again, this time with their homebred Dubawi colt out of the Group 3 winning mare Miss Marjurie who was knocked down to the same purchaser for 1,100,000 guineas.

"This colt has a great temperament," said farm manager Diego Romeo. "He is all class – he really did tick all the boxes."

"In total we have had 10 yearlings make one million guineas or more reflecting the extraordinary quality of the yearlings assembled for Book 1 and we have welcomed buyers from throughout the world, all of whom are drawn to the sale by its unrivalled reputation as Europe’s premier yearling sale.

“After eight consecutive years of growth with turnover rising from 51 million guineas in 2011 to last year's massive 106 million guineas, the aggregate has fallen a little short this year, but the sale has still produced turnover in excess of 100 million guineas which is the third highest in the sale’s history and yet again a huge tribute to the vendors who have brought the cream of the European yearling crop to Book 1 of the Tattersalls October Yearling Sale.

"We are fortunate to have so many of the world’s top stallions currently standing in Europe with five of them, Dubawi, Frankel, Galileo, Kingman and Siyouni all producing yearlings which have sold for a million guineas or more this week, and there is no doubt that the global achievements of these stallions play a big role in attracting so many overseas buyers.

“As ever, we should acknowledge the fantastic support we have received from Sheikh Mohammed and Sheikh Hamdan Al Maktoum as well as the Coolmore team. They have all enjoyed amazing success with their Book 1 horses over the years and we look forward to seeing this week's purchases bringing further success in due course.

"They have all made a major contribution to the very top of the market which has been highly competitive from start to finish, but a new dimension has been added by a particularly strong contingent of American buyers.

"Their presence has been a growing feature in recent years, and we have worked consistently hard promoting the sale throughout America, so it has been genuinely rewarding to see so many new American buyers here this week. They have made a real impact and it looks as if around 50 yearlings will be heading across the Atlantic from this week’s sale.

“The influence of the £25,000 October Book 1 Bonus understandably continues to be felt at the sale and with more than 180 winners and over £4,500,000 in bonuses already distributed it is little wonder that the beneficiaries are so keen to return to Book 1 of the October Yearling Sale year after year.

"It is a uniquely rewarding scheme and to see so many syndicates and smaller owners active this week is a clear endorsement of its enduring popularity.

“We now turn our attention to Books 2, 3 and 4 of the October Yearling Sale starting on Monday and we have catalogues of real quality which will appeal to a wide cross-section of buyers at all levels of the market."

Book 2 of the Tattersalls October Yearling Sale starts at 10am on Monday, October 14th. 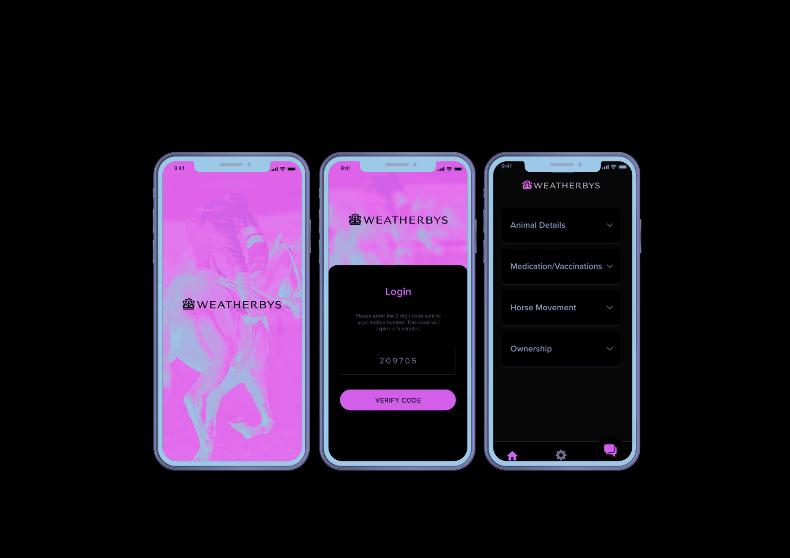 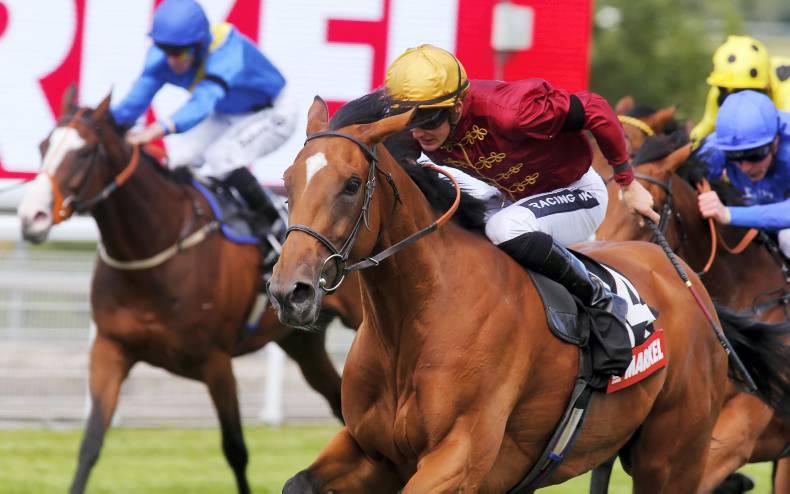 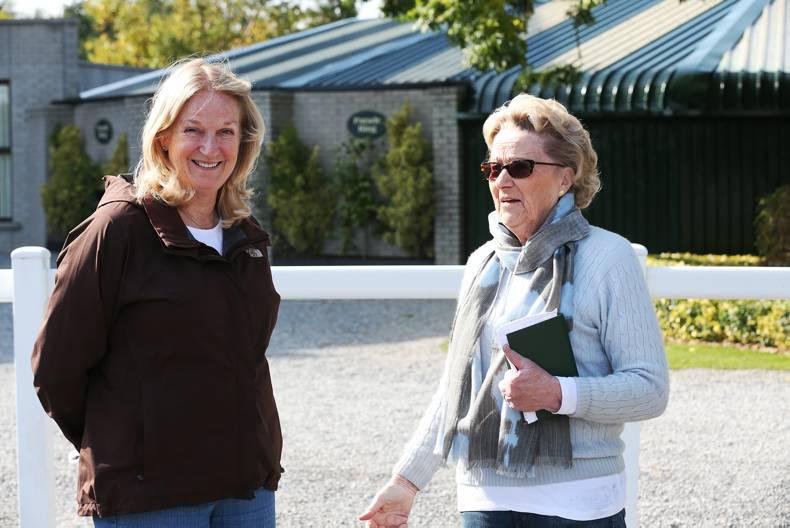 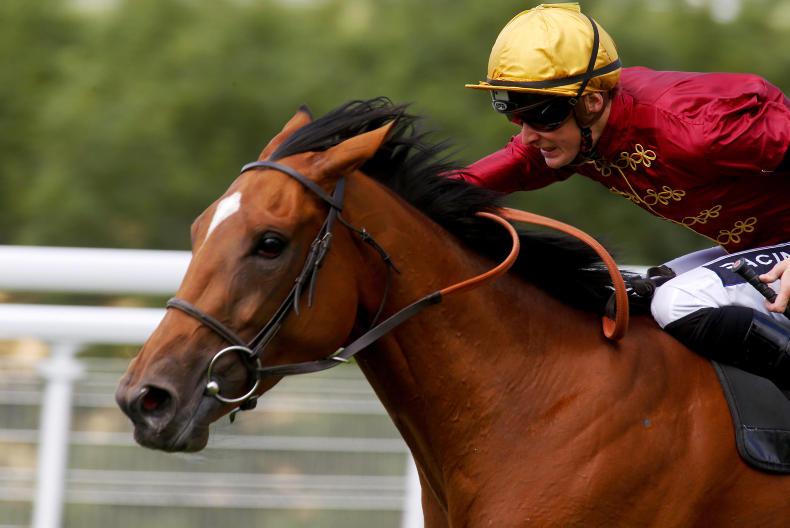