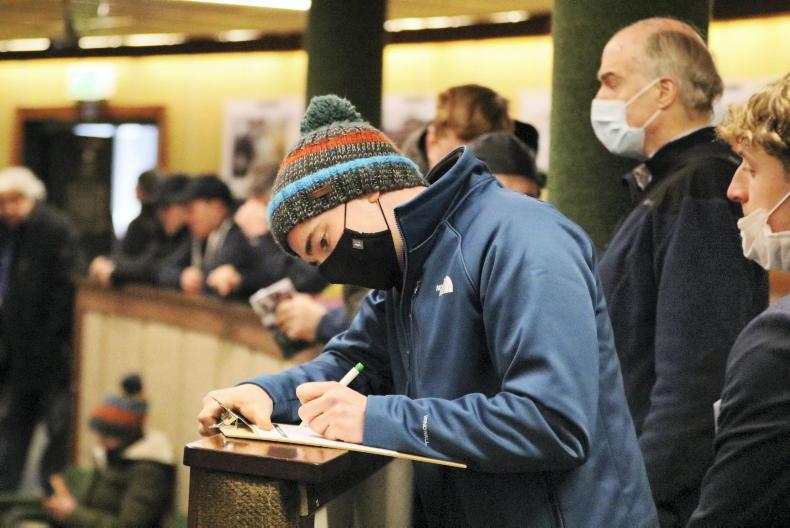 John Rowe of Rathbran House Stud signs for the purchase of Recife for €110,000

THE final day of the Goffs February Sale was devoted exclusively to breeding prospects and the top lot in this section was the winning Giant’s Causeway mare Recife who cost €110,000.

The half-sister to several quality American runners was bought by Meath-based Rathbran House Stud and she was sold in foal to Mehmas.

Two mares fetched €90,000 and the second of these was the last lot into the ring this week, the Walk In The Park five-year-old Bridal Knot. The half-sister to the top-class jumpers Might Bite and Beat That was snapped up by Carlow-based breeder Seamus Byrne.

The other €90,000 transaction concerned Godolphin’s Belonging, a stakes-placed daughter of Raven’s Pass who was sold in foal to Dark Angel. She was bought by the BBA Ireland.

Godolphin also offered the Monsun mare Panegyric who cost Tally-Ho Stud €85,000. She is already the dam of a listed-placed runner in France and is related to a pair of Group 1-winning juveniles in Ultra and Modern Games. She was sold in foal to Cracksman.