Just one final step...
You must confirm your email address by clicking on the link we’ve sent to your email address.
You are only one short step away from reading 5 free Field+ articles.
Raise You earns French Derby tilt with Newmarket win

Raise You took a step up in class in his stride to book his ticket to the French Derby with a convincing success in the Betway Fairway Stakes at Newmarket on Saturday.

Having been a convincing winner of a maiden at Newbury on good to soft ground on his return, the Andrew Balding-trained colt had little problem in mastering his rivals in this listed contest.

Racing prominently throughout on a much quicker surface, the son of Lope De Vega moved into a clear advantage that he was not to surrender half a mile out, before maintaining his gallop all the way to the line to defeat Eightsome Reel by three and three-quarter lengths.

Owner Jonathan Palmer-Brown said of his even-money winner: “I think a lot of people made a lot about the ground.

“What I would say is he has got big feet and on soft ground he clearly has an advantage over some of the others, but that is not to say he doesn’t go on good to firm ground. He runs perfectly well on this.

“We were concerned about making sure he got the trip, which he clearly does. He is from a Galileo mare and Lope De Vega won the French Derby, so it (10 furlongs) should have been okay.”

He added: “You have got to live for your dream. Our dream last year was to have a prep race at Newbury and have a listed or group race, then go to the French Derby. That was the plan from a long way out and particularly over there you can get softer ground.”

Jash made his eagerly-awaited return a winning one to set up a potential outing at Royal Ascot in getting the better of an entertaining finish in the Betway King Charles II Stakes.

Finding only Ten Sovereigns too good on his final start last season in the Middle Park Stakes, the Sheikh Hamdan-owned son of Kodiac bounced back to form on his first try at seven furlongs.

Taking matters up just inside the final furlong, the Simon Crisford-trained colt was forced to pull out all the stops in the Listed contest to get the better of the rallying Azano by a neck, with Watan a further nose back in third.

Crisford said of the 10/11 winner: “I was very satisfied that he won, I think he will improve a lot. He has taken a long time to come to himself this year. We’ve not been in a position to run him before today, so we had to rule out all the Guineas preparations.

“He just hadn’t blossomed, but he has come now. He was having a proper blow afterwards and I’m sure we will see improvement.

“We will discuss future plans later. I want to talk to his owner first and foremost and to see how he comes out of this race, but the timing is good for Ascot.

“We’ve not crossed the bridge trip-wise, whether he wants seven or six, but I’m very satisfied and pleased he has won. One would hope to see a significant upgrade on that performance if he was to go to Ascot.”

As for the John Gosden-trained runner-up, an outing at the the Royal meeting has not been ruled out.

Thady Gosden, assistant to his father, said: “He ran very well, he was just a little bit disorganised through the dip and he stayed on well up the hill.

“The ground probably didn’t suit him. If it was good, good to soft he would have run better.

“He could be a horse that would suit the stiff seven at Ascot, but at the same time they might want to find somewhere with a bit of juice in the ground, maybe go somewhere in France.” 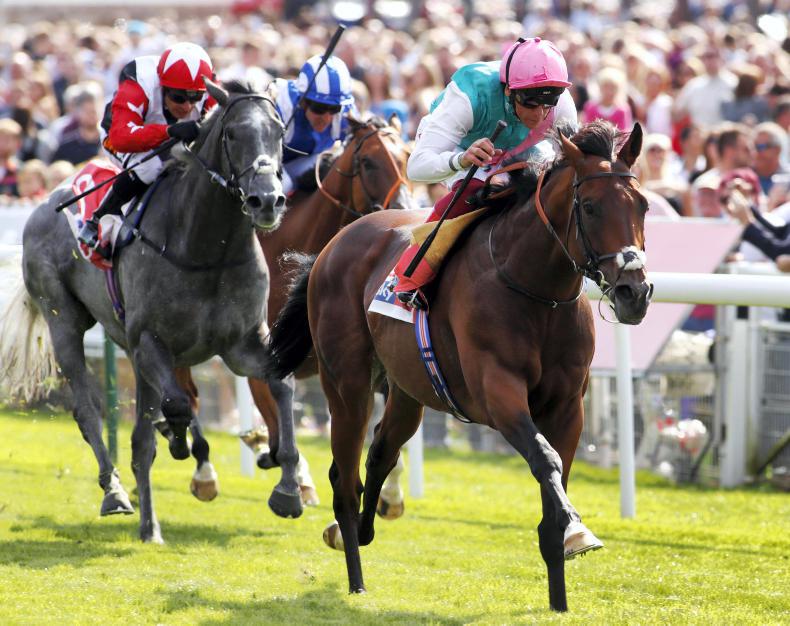 Inside Racing
SIMON ROWLANDS: A boost for Expert Eye
By Simon Rowlands on 29 August 2018
Field + 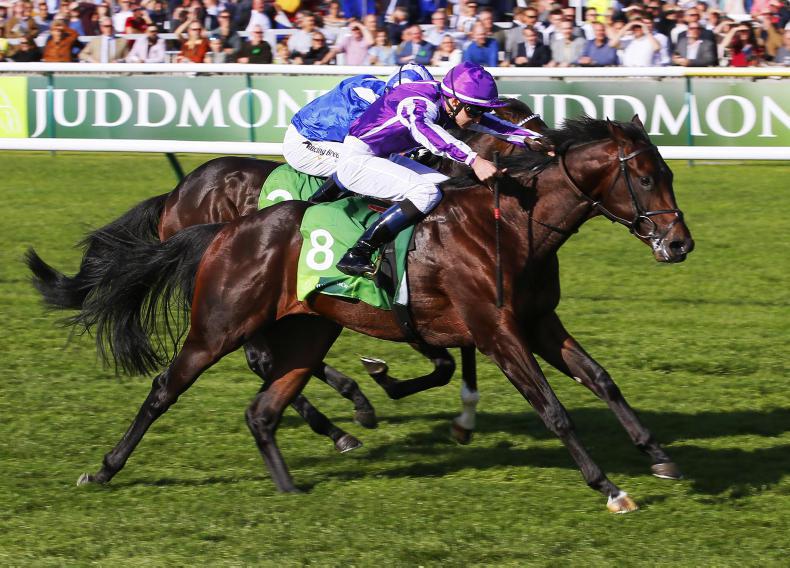