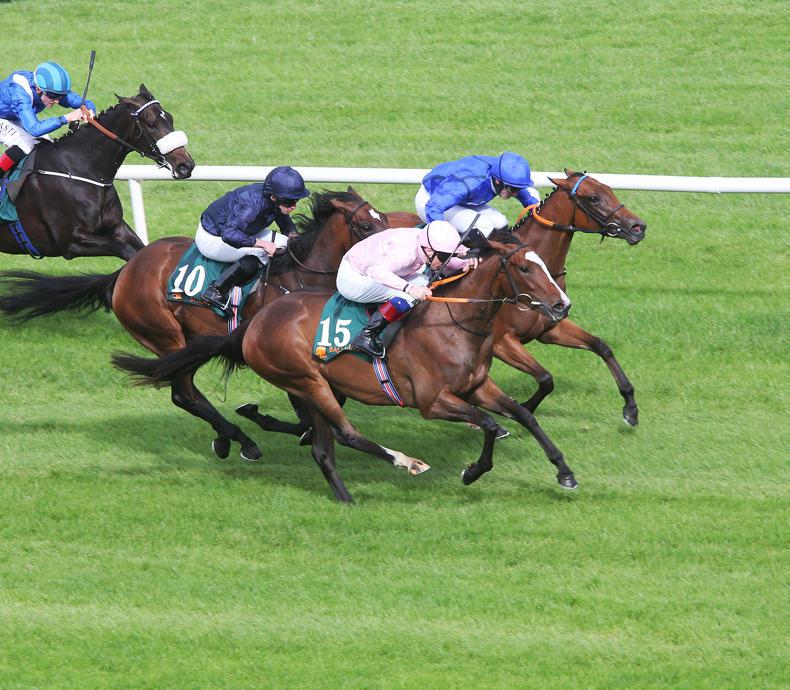 Rain Goddess is set to tackle a mile and a half for the first time. (Photo: Caroline Norris)

Aidan O'Brien has confirmed Rain Goddess and Alluringly on course to run in the Darley Irish Oaks at the Curragh on Saturday.

The Ballydoyle handler has won the fillies' Classic on five occasions and looks set to be well represented in this year's renewal.

Rain Goddess is set to tackle a mile and a half for the first time after finding only Nezwaah too strong in the Pretty Polly Stakes a fortnight ago.

Alluringly was third in the Investec Oaks at Epsom before finishing sixth in the Ribblesdale Stakes at Royal Ascot.

He said: "It is looking like Rain Goddess will run in the Irish Oaks on Saturday. We haven't done much with her since the Pretty Polly Stakes but we were pleased with that run and hopefully the trip will suit her on Saturday.

"Alluringly is also on course to run and we've left Pocketfullofdreams, Ruby Quest and Wild Irish Rose in the race and we'll take a look later in the week."

John Oxx won back-to-back renewals of the Irish Oaks with Ebadiyla (1997) and Winona (1998), but has failed to add to his tally since.

He is ready to launch a twin assault on this year's renewal, with Ribblesdale Stakes disappointment Naughty Or Nice set to be joined by stablemate Bengala.

Oxx said: "We'll see how the week goes but the plan is to run Bengala and Naughty Or Nice.

" Bengala could do with some rain so we would be tempted to run her if we get some comfort in the ground for her.

"Naughty Or Nice had a bit of a disaster when she ran at Royal Ascot and the saddle slipped. The intention was to run her in the Ribblesdale and find out where she stood in the scheme of things but we didn't learn anything.

"S he is in the Oaks so we are tempted to run and see what happens."

A total of 14 fillies were left in the race on Tuesday, with Epsom heroine Enable the star attraction.

The John Gosden-trained daughter of Nathaniel bids to complete the English-Irish Oaks double last achieved by Snow Fairy in 2010.

The Newmarket handler has also left in the Epsom fifth Coronet, who subsequently won the Ribblesdale at the Royal meeting.

The list is completed by Aurora Butterfly, Bean Feasa, Breeze, Eziyra and Intricately.

The Prix Saint-Alary heroine disappointed at Epsom and plans are in place to drop her back to a mile and a quarter for a shot at the Group Two Prix de la Nonette at Deauville on August 19.

The Newmarket handler said: "Sobetsu won't be going for the Irish Oaks. The whole Epsom experience took a lot out of her and I don't know whether she saw out the mile and a half.

"Going there with a lightly-raced filly is quite hard.

"I want to bring her back in trip and we will probably go back to France for the Prix de la Nonette at Deauville.

"I have purposely given her the time off, plus she wants cut in the ground." 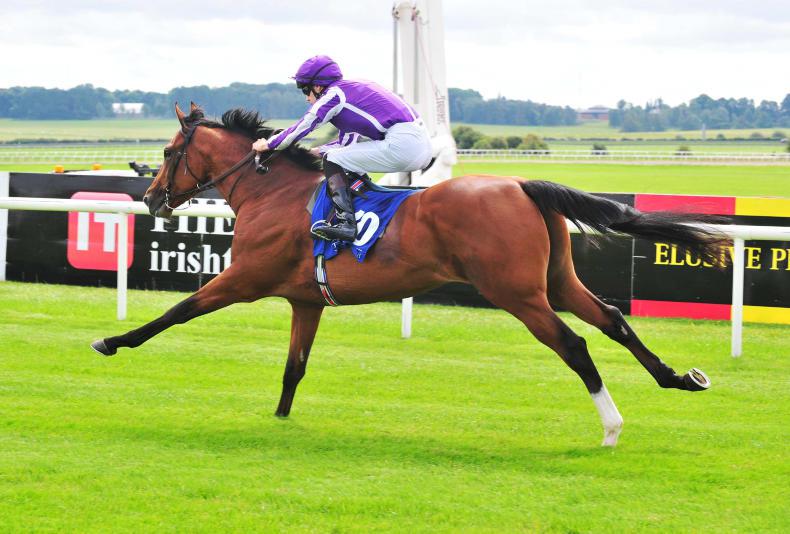 SIMON ROWLANDS: Saxon's not special - yet!
The Aidan O'Brien newcomer should rate higher - probably a lot higher - than this initial 86 figure 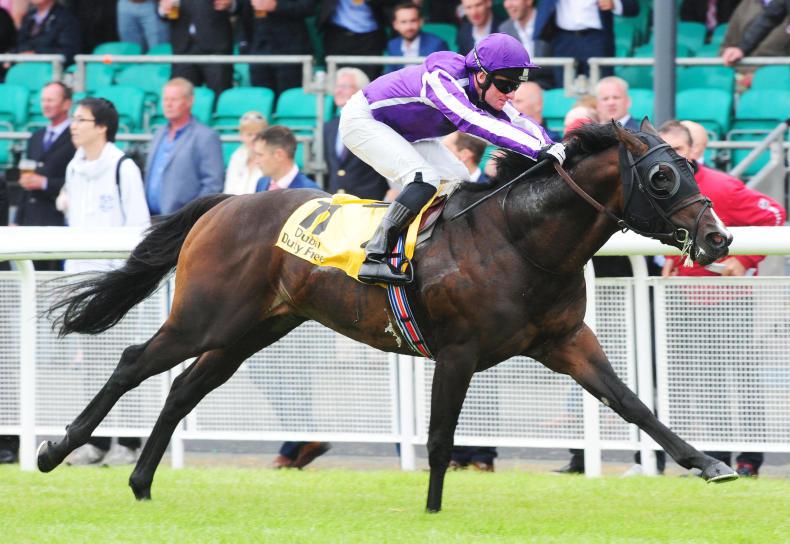