Just one final step...
You must confirm your email address by clicking on the link we’ve sent to your email address.
You are only one short step away from reading 5 free Field+ articles.
Racing’s return presents broadcasters with a huge opportunity

Racing’s return presents broadcasters with a huge opportunity
By Irish Field Contributor on 09 July 2020
Since its return behind closed doors, racing has seen a huge increase in its TV audience

Horseracing has made a welcome return following a break of more than two months. While the current restrictions mean fans won’t be attending racecourses any time soon, the landscape offers a chance to bring the sport of kings to a wider audience than ever before.

A chance to go back to basics for broadcasters

TV coverage of meetings such as Royal Ascot and the Derby are regularly supplemented by segments on food, fashion and celebrity spotting – but not this year. Broadcasters in Ireland and the UK have the chance to focus on the core of the sport, the main reasons that their audience tune in. Whether that be the market moves, in-depth looks at the contenders or analysing the action that has already taken place.

There’s also the opportunity to flag where the best value might be in the betting markets. New bookmakers worth checking out may see offering enhanced place terms, taking on a particular horse or having dedicated bonuses and promotions as a good chance to market themselves. For example, offering more each-way places on a top race like the Derby or the Oaks could set a betting site apart from the competition. If betting forms an even bigger part of the ongoing coverage then highlighting factors such as these will help new viewers to understand how the industry works.

Keeping things relatively simple is surely a good move on the part of RTÉ and ITV. It shouldn’t be underestimated how many new potential fans might be tuning into horse racing at a time when other recreational and sporting activities are limited. Catering and engaging with the novice punter will surely increase the chances of them becoming more regular contributors to horse racing’s ecosystem.

Racing’s return has been popular with TV audiences thus far. Siskin’s stunning victory in the 2000 Guineas at the Curragh saw 129,000 viewers on RTÉ2. That was up almost 89% on 2019’s peak viewership for the same race. 150,000 people saw Saturday’s showpiece contest, won by Aiden O’Brien’s Peaceful. The average audience across the two-hour broadcast of the 1000 Guineas was 97,000.

The landscape has changed immeasurably since racing was suspended in Ireland in late March but there are plenty of positives to take from what was a thrilling weekend of action with plenty more to come. While the prestigious nature of the race means the same can’t be expected of every televised fixture, it demonstrates that there is an increased appetite for the coverage.

The same was true in the UK the previous weekend. The peak audience on ITV for Kameko’s win at Newmarket peaked at almost 1.5 million, up from 749,000 a year ago. The lack of football and other live events undoubtedly contributed to such an eye-catching spike, but racing will remain a consistent presence on our TV screens while other sports are finding their feet after long lay-offs.

As well as positive figures from the first Classics of the flat season, RTÉ’s decision to expand their portfolio of racing coverage is a step in the right direction. The broadcaster confirmed hour-long programmes will air on Friday, Saturday and Sunday going forward. With live racing coverage plus guests including Ruby Walsh and Jane Mangan, there will be plenty of ways for both new and existing fans to see the action unfolding. The broadcaster have also committed to additional race meetings throughout the amended summer calendar.

While even the most hardened racing fan would agree that the sport’s return has plenty of factors in its favour, the opportunity to capitalise on a new group of viewers can’t be understated. With betting shops re-opening, sustaining and developing a fan base in uncertain and turbulent times could help safeguard racing’s long-term future as appointment viewing in Ireland and beyond. 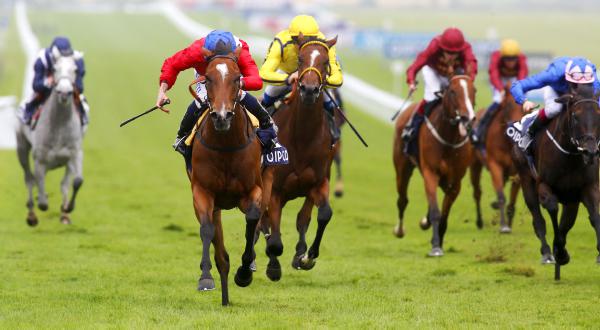 Editorial
Fillies’ races to the fore in the Falmouth Stakes
By Leo Powell on 03 July 2014
More in Racing News
Racing Field +
McAuley: 'I don't know if we'll get another one like him'
Racing Field +
SLIGO FRIDAY: Ambitious Approach gets his turn
Racing Field +
RYAN MCELLIGOTT: Five to follow
Classifieds
Place ad
Get full unlimited access to our content and archive.
Subscribe to The Irish Field
Unlimited access to The Irish Field via your computer, mobile device, tablet or newspaper delivered to your door.
Subscribe now +
Already a subscriber? Sign in