Just one final step...
You must confirm your email address by clicking on the link we’ve sent to your email address.
You are only one short step away from reading 5 free Field+ articles.
RACE BEHIND THE SCENES: Working harder than ever to promote the great game

RACE BEHIND THE SCENES: Working harder than ever to promote the great game
By Irish Field Contributor on 11 September 2020
Aisling Crowe spoke to Michael Halford and Noel Meade about how they are keeping racehorse owners informed in these difficult times

THE tumultuous times we live in have affected all aspects of our lives to greater or lesser degrees, and Irish racing is no different.

For trainers, added to their daily tasks, are the extra concerns for the health and wellbeing of staff and the need to find ways of ensuring owners can remain as involved as possible while the restrictions on attending race meetings remain in place.

For Michael Halford, who is the trainers’ representative on the board of Horse Racing Ireland (HRI), his position has afforded him an insight into the ongoing efforts to keep racing going amidst an unprecedented public health emergency.

“Incredible work has gone on behind the scenes and I am not so sure I would have any idea what it took to get racing going again and to keep it going, if I wasn’t on the HRI board,” he remarks. “There has been an awful lot of hard work done by the teams in HRI and the IHRB as well as Jennifer Pugh, who has been amazing.

“A terrific amount of hard work has been done by the two bodies who have worked tirelessly to put racing on and everyone involved should be commended for it.”

It is a view that Noel Meade, chairperson of the Irish Racehorse Trainers’ Association (IRTA), concurs with, adding that racing is in a better position than a lot of other industries in the country.

“A lot of people have done trojan work behind the scenes during very trying times, but it’s no more than everyone in the country is having to deal with, and we are lucky in many ways in racing because at least we get to keep going. There are a lot of people much worse off than we are.”

The daily routine at Halford’s Copperbeech Stables and Meade’s Tu Va yard is much the same as before the dreaded coronavirus struck, but with a couple of notable additions to the schedule. Every member of both teams has their temperature checked before entering the yard and social-distancing, a new concept for so many us, has been introduced not just to the vocabulary but to daily life.

Limits on outdoor gatherings continue to prevent owners from attending racing, or visiting yards to watch their horses work, and Meade feels their absence from the track keenly.

“Not much has changed for us really but not having owners at the races is the biggest difference.”

Halford is appreciative of the forebearance shown by owners in the face of the limits placed on their involvement in the sport.

“I feel for our owners because so many of them love visiting the yard and going racing so this is a particularly trying time for them but they are all so supportive and understanding. For owners, their horses are their sport, their hobby and their life so it is a big setback but they are very understanding and we are doing our best to keep them informed and involved,” he adds.

Halford too has enhanced the level of communications and interaction with his owners.

“I ring owners much more now and we send them WhatsApps of their horses working. We also joined the Racing Manager app and that gives owners a lot of information too,” he comments.

“At the start we set up lots of cameras in the yard and videoed a whole morning, including working on the gallops.

“We are very conscious of the need to keep in touch with owners and make sure they are as involved as possible with their horses.”

Both men are enthusiastic in their support of HRI’s Race Behind The Scenes event and energetically support this week’s online celebration.

“It is a great initiative and any time there is an opportunity to support and promote racing, we do our best as trainers to be involved,” Halford says. 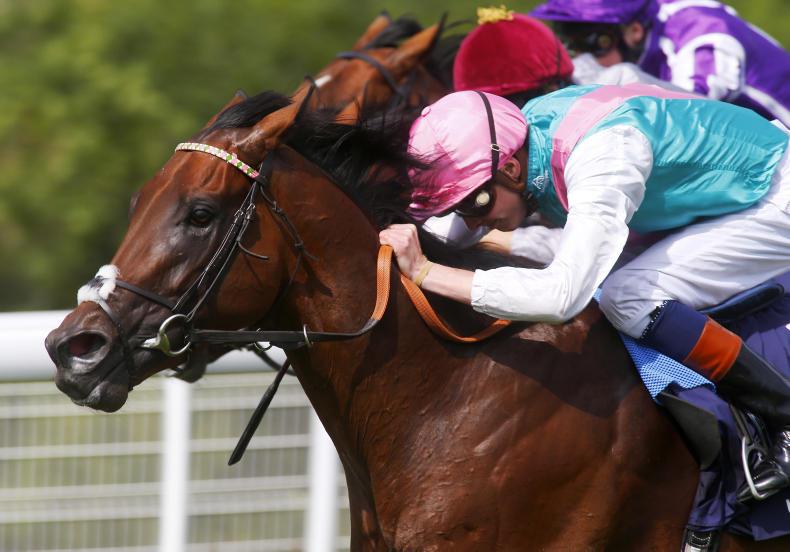 Inside Racing
THE WEEK THAT WAS: Kingman rules
By Anne Marie Duff on 23 May 2019
More in Inside Racing
Racing Field +
THE BIG INTERVIEW: Sean Doyle
Racing Field +
PREVIEW: Saturday's Curragh card with Ronan Groome
Racing Field +
PREVIEW: Ryan McElligott's Listowel Saturday selections
Classifieds
Place ad
Get full unlimited access to our content and archive.
Subscribe to The Irish Field
Unlimited access to The Irish Field via your computer, mobile device, tablet or newspaper delivered to your door.
Subscribe now +
Already a subscriber? Sign in