Just one final step...
You must confirm your email address by clicking on the link we’ve sent to your email address.
You are only one short step away from reading 5 free Field+ articles.
RACE BEHIND THE SCENES: Getting the next generation involved

RACE BEHIND THE SCENES: Getting the next generation involved
By Olivia Hamilton on 11 September 2020
Ray Fitzgerald will go nationwide to follow his horses

“I’ve been involved with horses from the age of five or six. My late dad, Patrick, had horses all his life and, along with my brother and sister, we rode horses as children. That came to an abrupt end as my sister had to have a back operation, not because of a riding accident, but after that we decided to stop riding.

“The family’s principal business was farming and we always had broodmares – it fits in well obviously. We’ve never been too far from racing.

“One of my best memories is from when I was very young and Dad’s horse Raymylette won a bumper at Naas, early December in 1992. Later on he was sold to Nicky Henderson to be trained for Andrew Lloyd-Webber and his wife.

Raymylette won a winners’ bumper at Limerick in Christmas 1992 before going to the UK and all the family were there to celebrate.

“He went on to give Mick Fitzgerald his first Cheltenham Festival winner in the Cathcart Challenge Cup Chase in March 1994.

“I never thought of giving up owning horses during the Covid lockdown. But I can see there will be problems if we don’t get owners to the track soon.

“We have good pointers who were just left out in the field when lockdown hit. Luckily we had a point-to-point mare who won at Ballyarthur just before lockdown on March 15th, Karlie, after which she was sold.

“We have three four-year-olds who were not sold on in the spring. There is going to be a huge amount of four-year-olds ready to race when things get going. It’s going to make the maidens very competitive.

“I enjoy racing at all the big Grade 1 tracks - Navan, Naas, Punchestown, Fairyhouse, Leopardstown - and they have the best facilities.

“But I also go to Clonmel, Tramore and our recent winner was at Kilbeggan. I’ll travel anywhere to see my horse running!

“I remember being looked after very well at Leopardstown, they did their very best and that was 10-12 years ago.”

Ray has some sound advice for those thinking of getting involved in racehorse ownership.

“If you go up to the sales and buy an unbroken three-year-old, the journey to the racetrack can be long and expensive, but if your horse wins it’s very, very enjoyable.

“Money or no money, be prepared for heartache and get ready for all sorts of little setbacks which are more likely to happen the nearer they get to a run, with the amount of work they are doing.

Ray is a supporter of auction races, which are confined to horses purchased at a certain price ceiling and lower.

“If you put out €20,000 or less to buy a horse, or at the next level up, say €40,000 or less, there should be races allocated for that bracket. That gives the ordinary man who is prepared to spend that money a chance to win.

“Otherwise they can be competing against horses costing upwards of €100,000 and have little chance of winning.

“The mares’ programme of races has improved. It’s very important to keep the quality of the stock good and wash out the rubbish.

“My sons Donnagh and Conor enjoy racing and pointing so it’s good to have the next generation involved.” 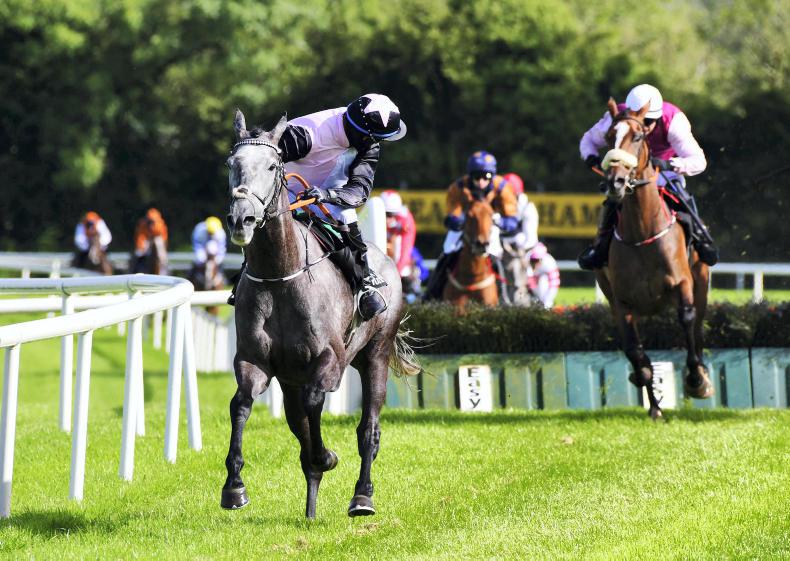