Just one final step...
You must confirm your email address by clicking on the link we’ve sent to your email address.
You are only one short step away from reading 5 free Field+ articles.
Princess Zoe heads strong Irish challenge on Arc weekend

PRINCESS Zoe, Pista, Make A Challenge, Pretty Gorgeous, Tarnawa and Fancy Blue are just some of the Irish-trained horses who have been left in some of the supporting Group 1 races on Prix de l'Arc de Triomphe weekend at ParisLongchamp.

There are two Group 1 races on the Saturday card - the Prix Royallieu and the Prix du Cadran.

The Royallieu, run over 14 furlongs and for fillies and mares, has just 12 entries and they include the Joesph O'Brien-trained Pista, who looks to have a leading chance.

Princess Zoe, trained by Tony Mullins, is as low as 9/4 for the Prix du Cadran. The favourite is local staying star Call The Wind.

Sunday's card has six Group 1 races, headed by the Prix de l'Arc de Triomphe which could feature up to five horses trained by Aidan O'Brien.

Clive Cox’s Nando Parrado is one of nine juveniles left in this race and could start favourite. The shock Coventry Stakes winner, runner-up in the Prix Morny since, may face fellow British hopes Megallan, for Gosden, and Mick Channon’s Cairn Gorm. The three-strong home team comprises Xaario, Sealiway and Selket.

There are still 19 two-year-old fillies in the Boussac – including Richard Fahey’s Deauville Group 2 winner Fev Rover as one of four possible British runners. The others are Mark Johnston’s Dubai Fountain, the Hills-trained Prado and Lilac Road, from Haggas’ Newmarket yard.

The Dermot Weld-trained Tarnawa has been left in the Prix de l'Opera, where her opposition could include Peaceful and Laburnum (both Aidan O'Brien), Fancy Blue (Donnacha O'Brien) and Alpine Star (Jessica Harrington).

Tarnawa was a very impressive winner of the Prix Vermeille here a few weeks ago, while Fancy Blue won the Prix de Diane in July in a tight finish from Alpine Star and Peaceful.

Former winners Battaash and Glass Slippers are heading to the Prix de l'Abbaye, and this sprint is also on the agenda for the Denis Hogan-trained Make A Challenge.

The five-year-old was unable to contain Flying Five Stakes winner Glass Slippers when only fifth at the Curragh this month, but previously won four of six starts up to Group 2 level this summer.

Among the home challenge in the Abbaye, after Wednesday’s forfeits but in advance of a supplementary stage which pertains for all Sunday’s Group 1s, bar the showpiece Prix de l’Arc de Triomphe, is the sole two-year-old still in the reckoning, Jane Soubagne’s filly Livachope.

Aidan O'Brien has left Lancaster House and Lope Y Fernandez in the seven-furlong Prix de la Foret. Joseph O'Brien's Speak In Colours is the only other Irish-trained entry for this contest.

The ground at ParisLongchamp was described as very soft on Wednesday and the forecast is for more unsettled conditions. 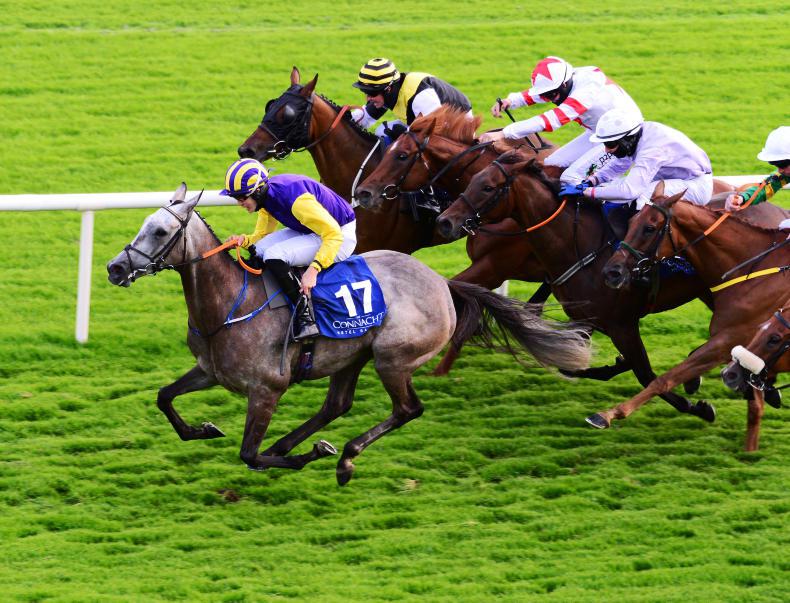