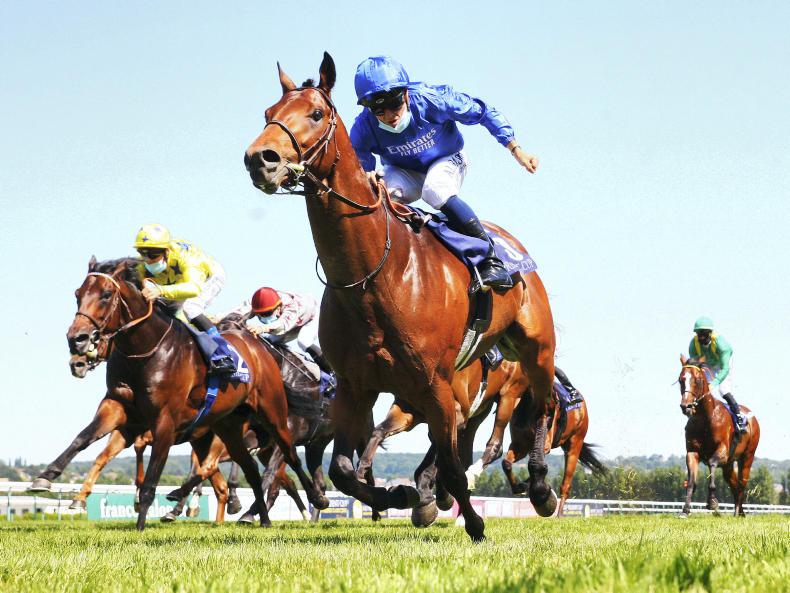 Fabre is worried about the effect of the draw for the Shamardal colt but reports "He is training well."

Andre Fabre is hoping Victor Ludorum can overcome his inside stall in the Prix du Jockey Club (French Derby) at Chantilly on Sunday.

The French 2000 Guineas hero has been handed stall one – which is a good draw for horses that race prominently but could be a disadvantage to horses, like Victor Ludorum, who have to be held up.

Fabre is worried about the effect of the draw for the Shamardal colt, but he has no such feelings about him stepping up in distance from a mile to an extended mile and a quarter, as he seeks to emulate his sire who did the same double in 2005.

He said: “I don’t think the distance is a real worry. The draw, coming from behind, is a bit of a concern, but hopefully there will be a strong pace.

“Chantilly is a tricky course. You need a bit of luck. He is training well, everything is fine.”

Fabre has a second leading contender in Ocean Atlantique, a Coolmore-owned son of American Pharoah who is drawn towards the outside in stall 14.

That is not an issue for the master trainer, as he is a different type of horse to his stablemate.

“He’s easier to ride. He breaks well and he’s got good pace and he can make the running. I’m not worried for him,” said Fabre, who has won the race four times, most recently with New Bay in 2015.

“I have two good chances in the race.”

Ocean Atlantique staked his claim for classic honours with victory in a listed race at Deauville in May, having been beaten on his seasonal reappearance by the Christophe Ferland-trained Pao Alto in the Group 3 Prix La Force at ParisLongchamp.

“Pao Alto is a horse we have always liked and he’s doing quite well,” said Pierre-Yves Bureau, racing manager for the Wertheimer brothers.

“We always thought he was going to be a true three-year-old because of his confirmation.

“We were very happy with his return in the middle of May. He won his Group race nicely so I think he will stay without any problem.

“We have a lot of faith in the horse, but it is a very solid field. We have a good draw (nine), but with 17 runners you have to be concerned about having a clear trip.

“The horse is doing very well and I think the horse has a very good chance to be competitive in the race.

“Of course he is going to meet horses he has never met before – horses coming from a mile and Group 1 winners. I think it is a very solid group.”

British hopes rest with Mishriff, trained by John Gosden. The son of Make Believe was an emphatic winner of the Listed Newmarket Stakes last month, on his first run since finishing second in the Saudi Derby in February.

“We are looking forward to it. Obviously we’ve got to beat a French Guineas winner (Victor Ludorum), who looked impressive,” said Ted Voute, racing manager to owner Prince Faisal.

“The form of Mishriff’s race was franked again last week, but there aren’t many form lines between the English and French horses so this will be one of the first to see which is the better.

“After the Newmarket race he was a bit flat. John’s preference was to go to Royal Ascot. As it turned out he was flat, but I saw him last week – he had his head between his knees and was trying to buck his rider off.

“Sadly, David Egan has had to stand down because of the quarantine situation and we’re having to use a French jockey (Ioritz Mendizabal).

“The Prince still owns a third of Mishriff’s sire Make Believe and I think that’s one of the reasons behind him wanting to send him over. If he ran well, it would be good for the stallion.”

Aidan O’Brien saddles Irish Derby fourth Order Of Australia and Fort Myers as he seeks to win the Jockey Club for the first time. 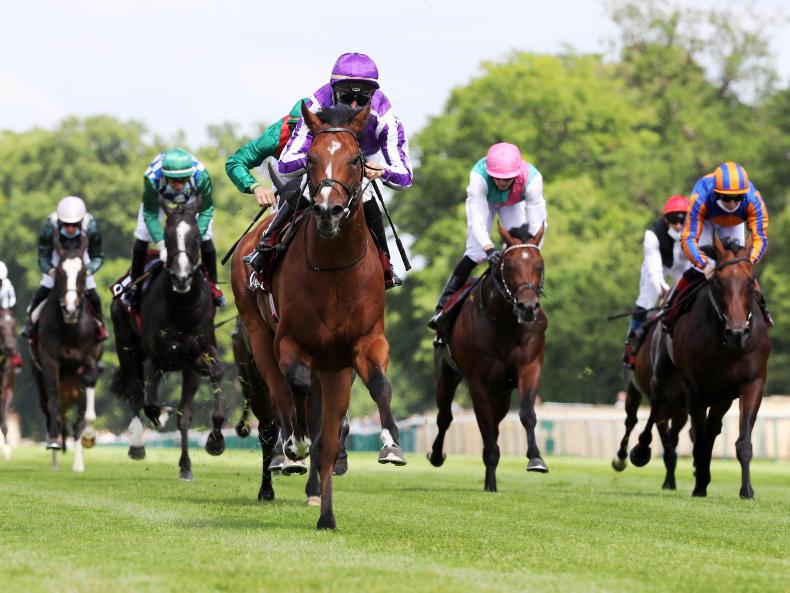 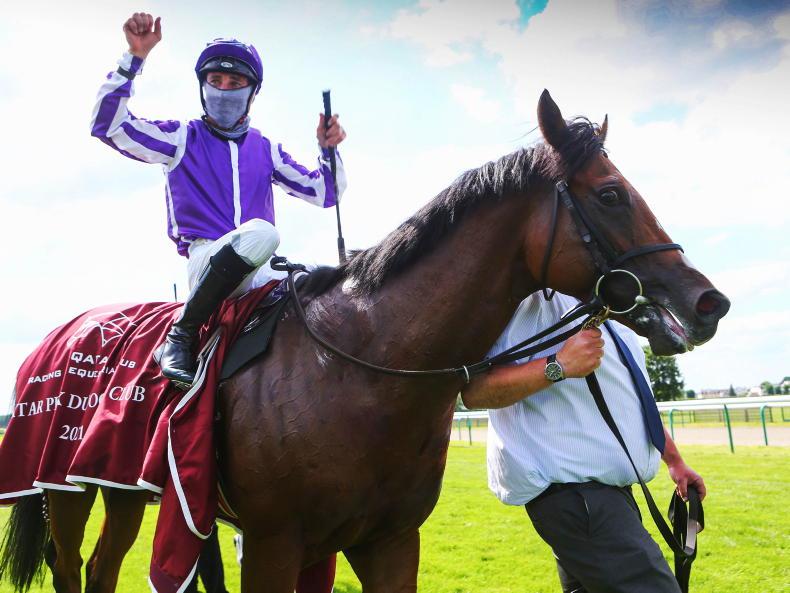 TIME WILL TELL: Dominant success for St Mark's
The overall time was by some way the best furlong-by-furlong of the races on the round track 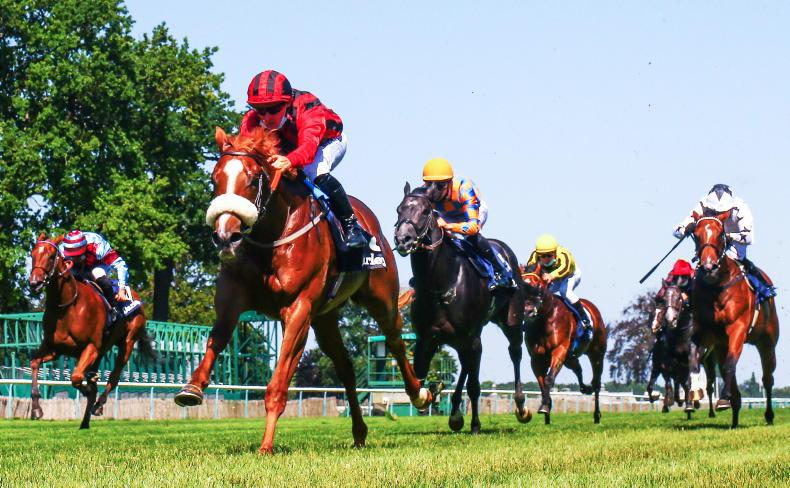 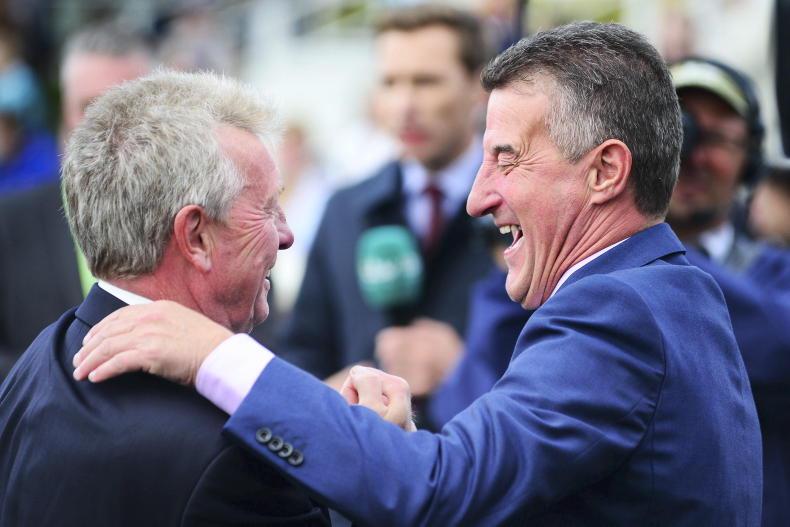