Just one final step...
You must confirm your email address by clicking on the link we’ve sent to your email address.
You are only one short step away from reading 5 free Field+ articles.
PREVIEW: Enable ready for Eclipse defence

One of the great partnerships in racing resumes on Sunday as Frankie Dettori and Enable return to action in a mouthwatering Coral-Eclipse at Sandown.

Dettori was close to tears last season when the now six-year-old narrowly missed out on becoming the first horse in history to win the Prix de l’Arc de Triomphe three years in succession.

Owner Khalid Abdullah is to be commended for leaving the mare in training for one more season, but trainer John Gosden has openly said he has found it harder to get her fit as she has has got older.

While her connections would have preferred an easier comeback, she instead comes up against Charlie Appleby’s Coronation Cup winner Ghaiyyath, last year’s Juddmonte International scorer Japan and the Japanese mare Deirdre.

“It looks a really good race,” said Abdullah’s racing manager, Teddy Grimthorpe. "Obviously she’s a six-year-old mare now and this is her first start of the year.

“It’s no secret her main target this season is the Prix de l’Arc de Triomphe again, she came so close last year. Everything she does before that will be building up to Paris.”

He added: “John has made no secret that the older she gets, it just takes that little bit longer to get her fit, there’s no question about that. We’re looking forward to seeing her again.” Trained by Charlie Appleby, Ghaiyyath has always had plenty of ability – and certainly looked the finished article when he broke the track record in the Coronation Cup.

Appleby said: “Ghaiyyath is in great form and his preparation has gone well. Dropping back to 10 furlongs doesn’t worry me.

“In the past we have been concerned as we have all seen how those big performances take it out of him. Winning by these big margins looks comfortable, but in the past those performances have taken their toll.

“This year we have seen a difference and we saw that at the start of the year when he won well in Dubai. The most encouraging part of that performance and what makes it exciting is post-race he has held his condition well and visually he has bounced back. He took the Coronation Cup really well. It was always the plan afterwards to head for the Eclipse. People mentioned the Prince of Wales’s Stakes, but we wanted to give him that gap and the Eclipse fits in well.

“With no three-year-olds in the race it changes the dynamics a bit, but a good field has still been pulled together.

“At the end of the day we have all got Enable to beat. I know she is six and John Gosden has said she has taken a bit longer to come to hand, but she is such a classy animal.

“However, we are going there ourselves with a horse that we have always held in high regard and is going there on the back of a nice seasonal debut.”

Japan’s reappearance at Royal Ascot in the Prince of Wales’s did not go exactly to plan, but Aidan O’Brien feels he had a valid excuse.

“What happened to Japan at Ascot was Ryan (Moore) was waiting on the stalls to open and when the starter shouted ‘hoods off’ he jumped and hit the stalls, so when the stalls did open he was on the back foot and lost a little bit of ground,” said O’Brien.

“Ryan then let him go forward but he did that when the pace was strong, it was his first run and the combination of all that he got a little bit tired in the last furlong, but Ryan was very happy with him.

“The plan was always to come here if he was fine and we think he’ll come forward again, so we’re looking forward to it. In an ideal world you might want a little more time, but it’s not an ideal world.

“Charlie’s horse is there who could make the running and we’ve got the filly (Magic Wand) in there also, so it’s good to be able to take part in it.”

Magic Wand has been all over the world flying the flag for Ballydoyle and O’Brien believes the mare thrives on racing.

“Magic Wand is in good form, we need to keep finding her races to keep her ticking along and then when something really suits her she can run a very good race,” said O’Brien.

“She’s very well, very happy to go forward, but in this race there should be plenty of pace. This will keep her happy ahead of her next race, wherever that maybe. She seems in good form since the Curragh.”

On Enable, O’Brien said: “It’s great that Enable is still racing, good for the public. There’s always pressure and risk, racing a filly like that, she’s six now. We think a horse keeps improving through three, four and five and then when a horse comes to six, you try to keep them safe. It’s great they’ve decided to keep racing her.”

Adding further spice is Deirdre, winner of the Nassau Stakes last season to scenes of great delight back home.

She will be ridden by champion jockey Oisin Murphy said in his blog on his website: “She’s in a great routine at present and we’re very happy with her.

“Obviously it’s a hugely competitive race with Enable and Ghaiyyath in there, it’s a brilliant race, it doesn’t get much better really, but she’s in grand form and I’m expecting her to run well.” 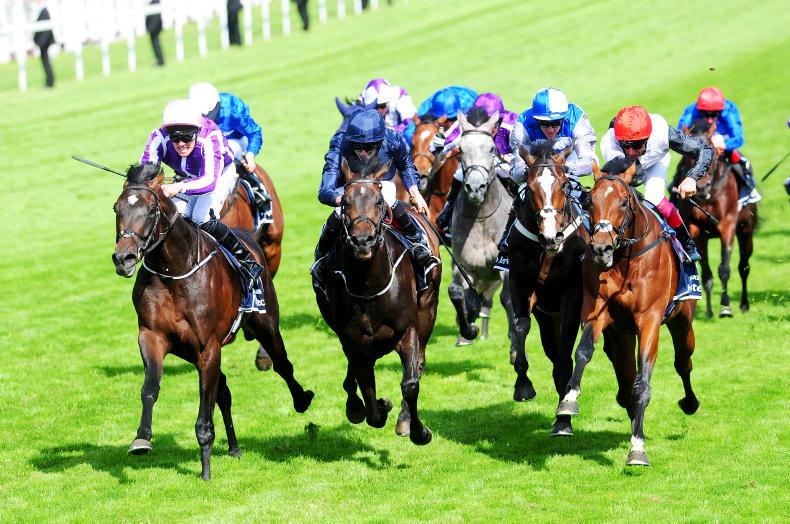 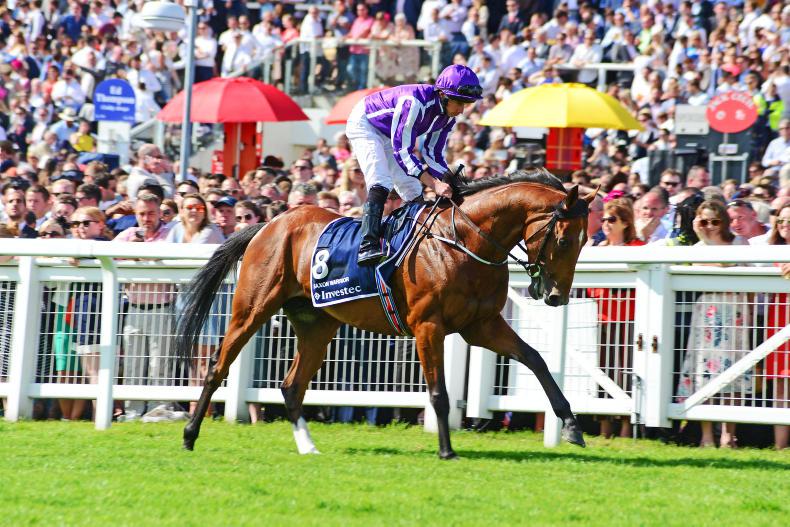 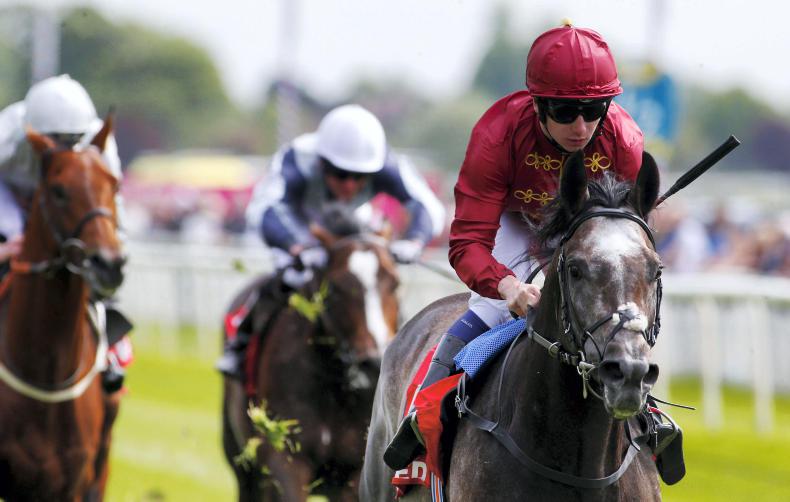 Inside Racing
THE WEEK THAT WAS: Eclipse thriller
By Anne Marie Duff on 06 July 2018
More in Latest News
News FREE
NEWS: Tarnawa makes a winning return in Cork Group 3
News FREE
PREVIEW: Fabre anticipating tough test for Earthlight
News FREE
KEENELAND PHOENIX STAKES: The Lir Jet out to avenge French defeat
Classifieds
Place ad
Get full unlimited access to our content and archive.
Subscribe to The Irish Field
Unlimited access to The Irish Field via your computer, mobile device, tablet or newspaper delivered to your door.
Subscribe now +
Already a subscriber? Sign in