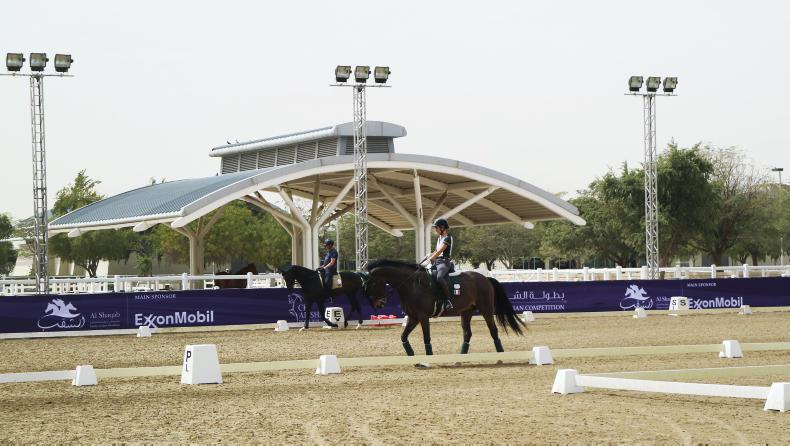 Tamsin Addison and Fahrenheit practice ahead of the CPEDI3* at CHI Al Shaqab 2019 (Photo: Judith Faherty)

LET’s hear it for Ireland’s gallant para-dressage team who competed in Doha, Qatar this week, travelling thousands of miles in a bid to qualify for the looming Tokyo 2020 Olympics.

The team of Rosemary Gaffney (with Bink, owned by Susan Smallman and Crea English), Kate Kerr-Horan with Serafina T, owned by Broomfield Farm), Tamsin Addison (Fahrenheit, owned by the rider) and Michael Murphy (with Rohan, owned by Sue Murphy) were competing at the prestigious Al Shabaq Arena in Doha.