Carl Hester was delighted with the racecourse win of Dramatic Pause, bred in Co Waterford by Patrick Connell 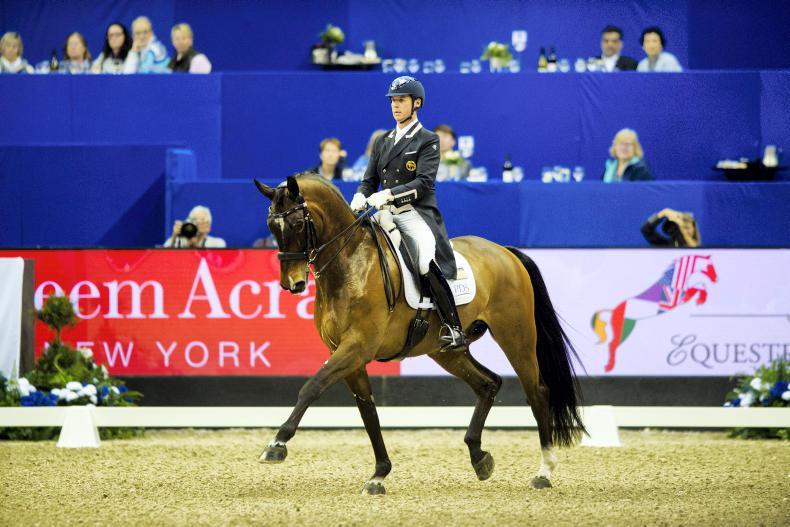 BRITISH dressage rider Carl Hester, who is one of the human stars of this year’s Horseware Christmas video, gave a masterclass at Olympia on Wednesday evening.

Four days earlier, he and other members of The Dramatic Partners syndicate were at Chepstow where their Tom Symonds-trained Dramatic Pause made a winning racecourse debut in the concluding bumper. This marked a first venture into racehorse ownership for the Olympic gold medallist who, in an interview with attheraces’ Hayley Moore, seemed as stunned as punters with the three-length success of the 20/1 shot who was ridden by Alex Edwards.