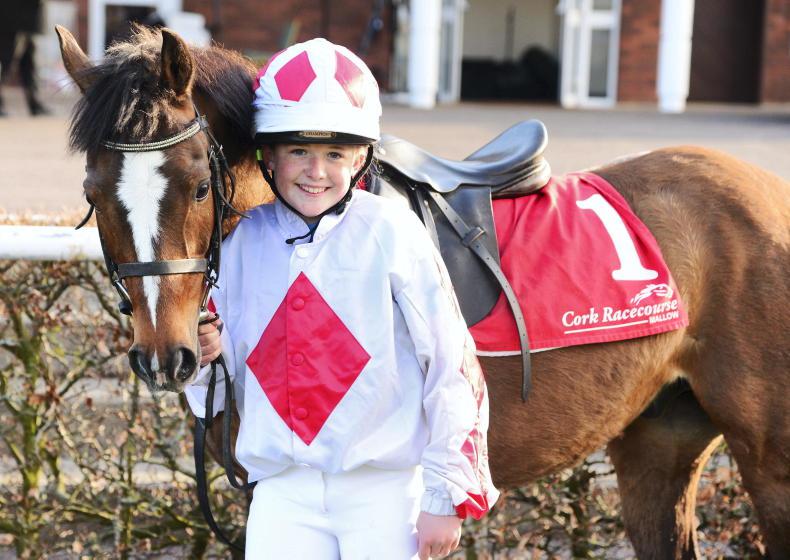 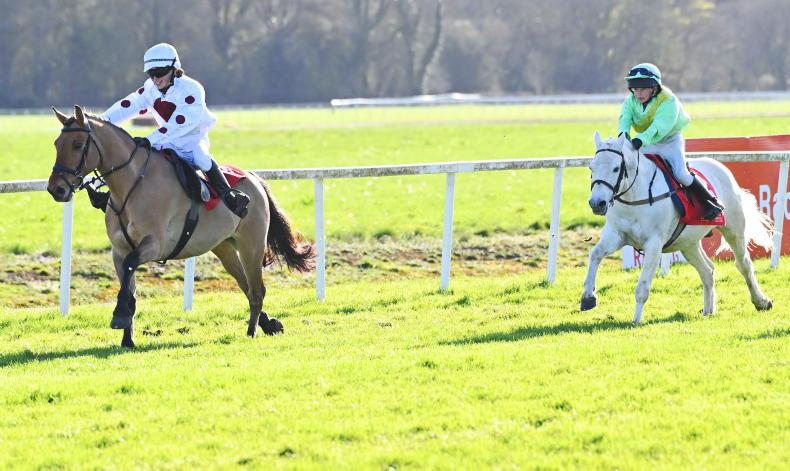 TWELVE members of the Duhallow Branch of the Irish Pony Club lined up for two races over four furlongs as the Easter Festival meeting at Cork racecourse came to a close on Monday evening.

The first division was won by Roisin Walsh who had a very busy day as earlier she competed in the Kildare Branch’s Fun Minimus & Tetrathlon. It was much earlier in fact as Roisin was in the pool at K-Leisure in Naas at 7.19am for the swim phase of the Junior girls’ tetrathlon before heading over to Punchestown for her 1.5km run and her cross-country ride over a course of 90cms fences.

Roisin and her support team then headed down to Mallow where, following her win on Serene Gold Star, she was interviewed by Racing TV’s Kevin O’Ryan who did a fantastic job extolling the benefits of belonging to a Pony Club. He also interviewed Ella Burke-Ott who won the second division on Gooseberry Hill Hugo. Ella is a sister of former Duhallow member Andrew Burke-Ott who recently partnered his first point-to-point winner.

Prior to the start of the races, Kevin introduced all the riders including the two Ladd Finns, Dawn and Will, who are nephews of leading Flat jockey Billy Lee, and Mary May Fenton who was led up by her father Micky who won 2006’s 1000 Guineas at Newmarket on the Pam Sly-trained Speciosa.

Also interviewed was the Duhallows’ District Commissioner Michelle Archdeacon whose son Jack finished second in division two. Michelle did a huge amount of work organising the races but paid tribute to the assistance she received from the Cork racecourse manager, Andrew Hogan, and the track’s operations manager, Caroline Townend. The latter is a sister of four-time champion National Hunt jockey Paul Townend and top amateur jockey Jody Townend, who rode two winners apiece over the Easter period at Fairyhouse.

By kind permission of manager Peter Roe, some young members of the Ward Union Branch were allowed on the track at the Co Meath racecourse before the meeting commenced but only on their feet to inspect the hurdles and fences in the home straight. The 11 were attending a mini Easter camp at the neighbouring farm of David and Anne Byrne whose eldest daughter, Jennifer, was one of the instructors along with Pat Prenderville.