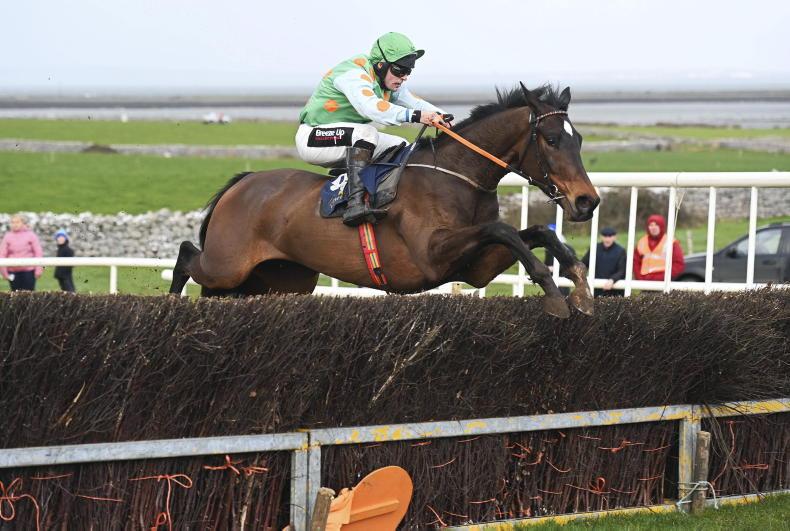 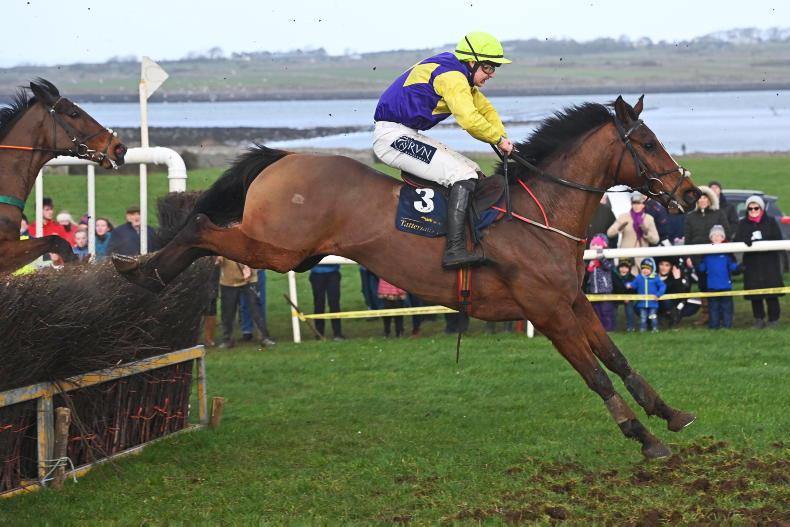 THERE was excellent fare on offer in Bellharbour last Sunday as the Co Clare Hunt celebrated 20 years of staging their spring fixture on the lands of Dermot and Jennifer Linnane.

Fact To File (6/4 favourite) was the name on everyone’s lips prior to the commencement of the day’s proceedings at the picturesque North Clare venue and the Donnchadh Doyle-handled gelding didn’t disappoint when running out a decisive winner of the five-year-old geldings’ maiden.

Completing a double for Rob James, the son of Poliglote asserted his authority from two out when readily drawing clear to beat fellow debutant Asian Master by a cosy six lengths.

“This is a gorgeous horse. He’s just taken a bit of time as he hasn’t stopped growing. He does everything very, very easily and has the makings of a right sort,” reflected Doyle of Fact To File, who he acquired for €40,000 at Arqana in November 2018.

Rob James had earlier began his afternoon in the best possible fashion as Out Of Office (4/1 - 5/2) claimed the four-year-old maiden.

James, who for good measure also owns and trains the Shirocco-gelding, kicked his mount clear on entering the home straight and despite being challenged by runner-up Readin Tommy Wrong, had enough in reserve to score by two and a half lengths.

“I bought this horse as a foal. He has a big pedigree being a half-brother to Bright New Dawn,” reported James. “He’s always worked very well at home and should have a great future ahead of him on the track now.”

Herefordshire-native Alexandra Ingram denied James a treble in the winner-of-one contest as she partnered her first point-to-point winner on these shores aboard Everything Now (5/2 - 4/1). Handled for Ingram by her employer Gordon Elliott, last month’s Turtulla third Everything Now, dug deep in the closing stages to account for the James-ridden Top Of The List by two and a half lengths.

“I bought this horse off Tom Symonds who I used to work for. I’ve been with Gordon eight months now and absolutely love it there. It’s an amazing place to work. This horse is a superstar to me and we will probably head for another winners’ race with him next,” outlined Ingram.

Building on his initial effort in open company at Borris House in December when finishing fifth the Er Dancer, the nine-year-old responded well to Swan’s urgings when heading Down The Highway before the final fence.

“We’ve just had a few small hold-ups with him but we’re getting there. The main objective is the Foxhunters at Cheltenham but he’ll need to run again to qualify so that’ll most likely be at our local fixture in Armagh,” stated the winning handler’s son Marshall.

The Lawless family from Delgany, Co Wicklow were on the mark in the five-year-old and upwards mares’ maiden as Thegingrin (7/1 - 8/1) made light work of her 11 opponents.

Thegingrin, one of three newcomers in the field, swept through on the inner before two out under Brian Lawless and quickly strode clear in style to easily see off the experienced campaigner Larkfield Legacy by eight lengths.

“This lady just loves her job. She would jump, gallop and stay all day for you. She did it as she liked today, it was super,” remarked the winning rider’s father Gerard, who handles the daughter of Milan for the Ballydonagh-Syndicate comprising the winning rider and his siblings Katie and Seán.

THERE were only nine fences jumped in the concluding six-year-old and upwards geldings’ maiden owing to the low-lying sun where victory went to first timer Stormy Story (3/1 - 6/1).

Trained near Cashel by Sam Curling for Killenuale owner Gerard Kennedy, the grey was always to the fore under Pa King and showed a nice turn of foot at the business end before withstanding the late effort of Winter Carnival by two lengths.

“That was a good performance as it looked a fair race. We’ve always thought he was nice and even felt he might have even been a bit short today, so he should come on nicely.

Asian Master (A.G. Costello): This Shirocco-gelding, the first produce of a half-sister to Cup Final, posted an excellent initial career effort to chase home Fact To File in the five-year-old geldings maiden.

He should have little difficulty in going one better next time before graduating to the track.