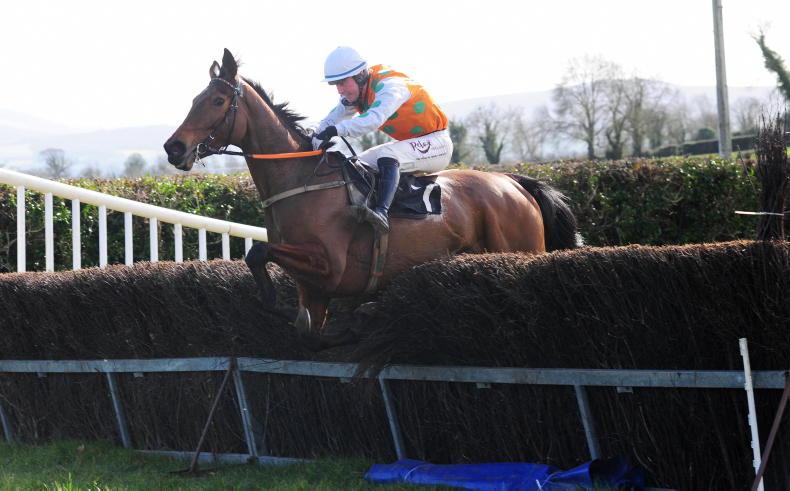 LISRONAGH played host to the first four-year-old mares’ maiden of the year and that division was certainly opened with a bang courtesy of the debut performance that Between Waters (86++) produced.

The manner in which she kicked clear off the home bend points to a mare with all the pace to drop back in trip for an exciting track career as this looked to be from the upper echelon of the division from recent seasons.

Better Days Ahead (95+) was as impressive in the geldings’ equivalent having quickly dispersed what had been a very tightly grouped field before three-out. In the end he won as he pleased.

Joe Dadancer (93x) was in the process of producing one of the standout performances of the season in the five-year-old division when coming a cropper at the final fence while holding a sizeable advantage. He had been forcing a particularly strong tempo throughout which he was remarkably able to sustain, a feat not many others would have. He is clearly a talented individual.

The characteristics of Farmacaffley certainly play to the strengths of the ultra-tough On The Sod (112++) who was untouchable when easily defeating a recent open winner. In these conditions, it will take a big performance to beat him in open company.

The debut display of Kym Eyre (82+) at Kildorrery was undoubtedly above average for a six-year-old mare who is one to follow, with Corbetts Cross (90+) a staying chaser of the future.