It was a first success both as a handler and rider for the 27-year-old, while Colin Bowe and Barry O’Neill were again among the winners 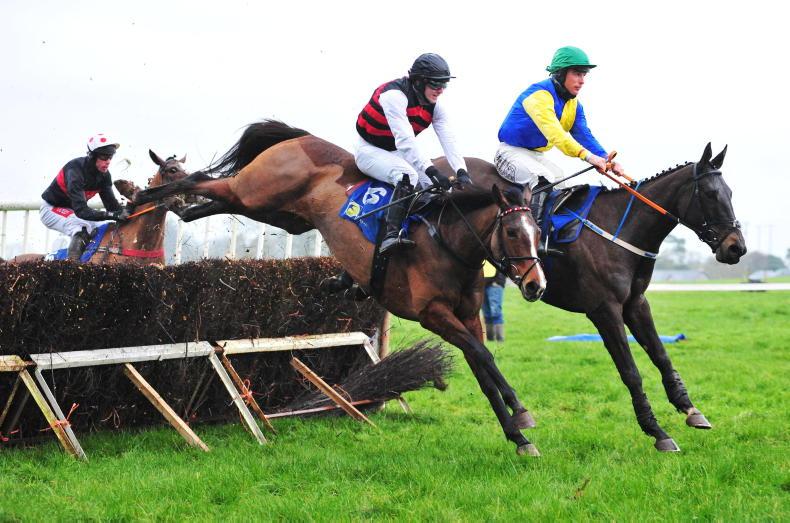 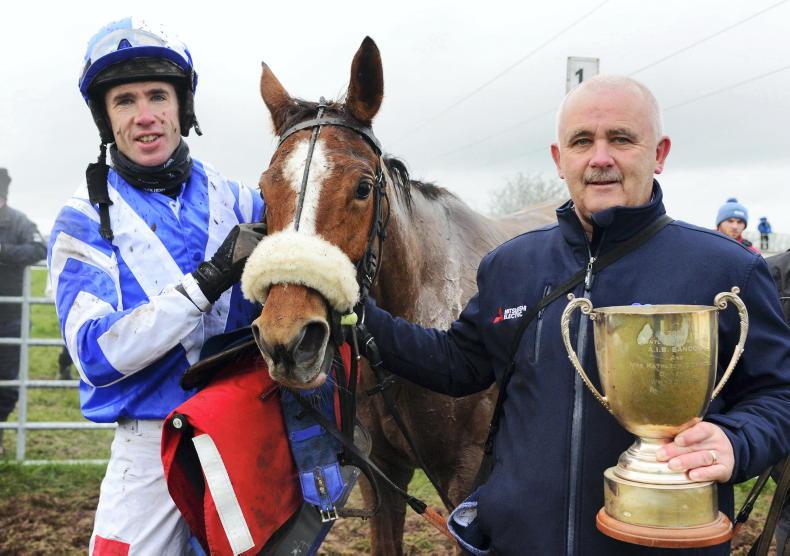 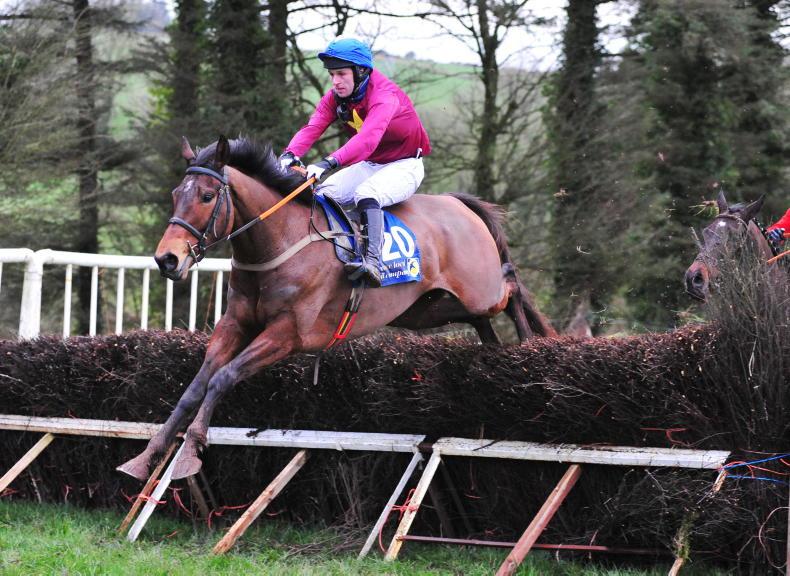 THERE was some competitive fare at Saturday’s rescheduled Aghabullogue meeting and 27-year-old Conor O’Keeffe from Taghmon will forever treasure fond memories of the Muskerry Foxhounds-sanctioned fixture as he was credited with his first success both as a handler and rider courtesy of Meetuatnine in the five- and six-year-old mares’ maiden.

Meetuatnine (4/1 - 5/1) certainly possessed strong credentials considering that she finished third to Missed Tee on her previous start at Boulta last month and she was always well positioned towards the outer as Lonesome Day took the seven runners along.

The winner, a daughter of Court Cave, moved through to challenge Lonesome Day coming to the last, except that Shamror soon emerged as a potent threat and indeed Denis Hogan’s charge moved to the front shortly after the final fence.

The eventual winner however gamely responded by overtaking Shamror inside the final 75 yards to beat Shauna Larkin’s mount by a length, while the runner-up’s stable companion Lonesome Day still shaped more than respectably by returning a further three lengths adrift in third.

O’Keeffe, elder brother to top jumps jockey Sean, was understandably pleased with the performance of the Sean McCabe-owned Meetuatnine. He said: “She’s a very gutsy mare and she battled well. She will probably now go to the sales.”

It’s not all that often that one sees a mare that was good enough to run more than respectably in a Grade 2 race at the Cheltenham festival make her presence felt on the hunt racing circuit, but that’s precisely what occurred in the open as Sam Curling’s La Feline benefiting from a vintage waiting ride from Derek O’Connor to capture the open.

La Feline (6/4 - 7/4 favourite), who won a Limerick maiden hurdle in 2020 for Paul Nolan prior to finishing 11th of 22 behind Concertista in that year’s Mares’ Novice Hurdle at Cheltenham, was deliberately restrained at the rear of the field as Lite Duties and Velocity Boy vied for supremacy up front.

The winning French-bred, who finished second on all three points outings in the autumn, eased through to lead before the last and she then bounded clear to beat the gallant Cloudy Tuesday by five lengths.

Curling indicated that the seven-year-old La Feline, his first winner for Corkonian owner John O’Leary, will be kept pointing for the foreseeable future.

Colin Bowe and Barry O’Neill combined to win the five-year-old geldings’ maiden with the imposing El Rojo Grande, who finished an excellent third to Madmansgame on his penultimate foray at Boulta on December 12th.

El Rojo Grande (9/2 - 7/2) became the only winner to make every yard of the running and he gave a foot-perfect round of fencing at the head of affairs.

While having to be pushed along on the steep ascent from two out, he was clearly travelling best on the run to the last as he maintained the tempo to account for promising first-timer Ajp Kingdom by five lengths.

Jessmae provided more than ample indication of ability on his debut by securing the minor honours, a further two lengths adrift of the Milestone Bloodstock Ltd-owned chesnut.

El Rojo Grande, whose three-time track winning dam is an own-sister to Italian Group 1 winner Golden Glenstal, is likely to be seen in new colours when running again.

BANKONCARLO, one of six horses that handler Neill Hurley has in training at his Cullen base in north Co Cork, vindicated the promise of her fourth-placed effort in a Clonmel maiden hurdle last March by springing a mild surprise in the six-year-old and upwards mares’ maiden.

The ultra-consistent Desert Heather made the best of her way home from four out and she still held the call until Bankoncarlo, a daughter of Carlo Bank, took over at the last.

However, Bankoncarlo (7/1 - 10/1) didn’t aid her cause by blundering here as Desert Heather went to the front once more.

Bankoncarlo though is nothing but tough and Adam Feeney’s mount forged back to the fore in the closing stages to deny Desert Heather by a length in the silks of her handler’s father Tony Hurley, who is extremely well-known in show jumping circles.

The Joe Ryan-trained Just A Dime supplemented his Ballindenisk maiden success from almost two weeks earlier by surviving a third-last fence blunder to record a hard-fought success under James Hannon in the winner-of-two contest.

Just A Dime (5/2 - 3/1), who chased home Brandy Love in a four-year-old maiden at Cragmore in February 2020, went in pursuit of runner-up De Nordener from two out and responded to his rider’s urgings by moving past on the run to the last.

While De Nordener rallied on the flat, the winner, a son of Doyen, stayed on tenaciously to account for Hannah Phillips’ mount by two and a half lengths. Ryan indicated that his son Josh’s Just A Dime is now likely to be sold.

Quick and easy for Qarbatsi

THE closing older geldings’ maiden attracted the biggest field of the day in 14 runners and much interest was focused on Good Bye Sam, a rare points runner for Willie Mullins and a first mount in points for Swedish amateur Elliot Ohgren who works with the Closutton maestro.

Good Bye Sam, who was placed three times over fences in his native France, including at Auteuil on his final track start in October 2020, gave a positive account by finishing second to Benny Crowley’s above-average newcomer Qarbatsi.

The Barely A Moment-sired Qarbatsi, whom Crowley bred in partnership with his brother Owen, moved into pole position from the fifth fence and the Four Counties Racing Syndicate-owned bay made the rest of the running to score by two lengths.

Qarbatsi was ridden by Chris O’Donovan, who previously teamed up with handler Crowley to win a Lisronagh maiden with Whelans Bridge last May.

De Nordener (T. Keating): This six-year-old maiden gelding by Ocovango ran a cracking race in the winner-of-two contest as he went down fighting when beaten two and a half lengths into second by the battle-hardened Just A Dime.