Just one final step...
You must confirm your email address by clicking on the link we’ve sent to your email address.
You are only one short step away from reading 5 free Field+ articles.
PEDIGREE NOTES: The weekend's pattern events

PEDIGREE NOTES: The weekend's pattern events
By Sieglinde McGee on 24 May 2015
Group 1 winners for Dubawi, Galileo, Pivotal, Singspiel and Teofilo

She is the second foal out of Toirneach (by Thunder Gulch), her dam is closely related to the US Grade 1 star Spain (by Thunder Gulch), and Pleascach's pedigree was reviewed in detail in The Irish Field yesterday (23 May), which is available online.

Al Kazeem won the Group 1 Tattersalls Gold Cup at the Curragh, his second victory in the 10 and a half furlong contest and the fourth Group 1 success of his career. John Deer's homebred seven-year-old is trained by Roger Charlton, he spent one short season at stud and he has foals on the ground.

He is a son of Dalham Hall Stud's outstanding sire Dubawi (by Dubai Millennium), he is out of Kazeem (by Darshaan), his grandam is the Group 1-placed pattern scorer Kanz (by The Minstrel), and he comes from the family of the Group 1 stars Diamond Shoal (by Mill Reef), Ensconse (by Lyphard) and Glint Of Gold (by Mill Reef).

Queen's Jewel extended her unbeaten record to three with victory in the Group 1 Pour Moi Coolmore Prix Saint-Alary over 10 furlongs at Longchamp. The dual pattern scorer is owned and bred by the Wertheimer brothers and she is trained by Freddy Head.

She is a daughter of Cheveley Park Stud's ace sire Pivotal (by Polar Falcon), she is a half-sister to the pattern-placed stakes winner Royalmania (by Elusive Quality), and her dam Safari Queen (by Lode) was a juvenile champion in her native Argentina before going on to Grade 2 success in the USA.

Solow won the Group 1 Prix d'Ispahan over an extended nine furlongs, completing a Group 1 double for himself this year, and one for his owner-breeders the Wertheimer brothers on today's card at Longchamp. The Freddy Head-trained five-year-old is a gelded son of the late Singspiel (by In The Wings), he is out of the pattern placed High Maintenance (by Highest Honor), and his grandam is the middle-distance pattern scorer Fabulous Hostess (by Fabulous Dancer).

Curvy gave her future paddocks value a tremendous boost when holding on to beat Giovanni Canaletto in the Group 3 Airlie Stud Gallinule Stakes over 10 furlongs at the Curragh. The David Wachman-trained three-year-old, who has several other Group 3 entries to her name, was bred by the partnership of Norelands & Hugo Lascelles.

She is a daughter of the phenomenal Galileo (by Sadler's Wells), she is a half-sister to the mile classic star Power (by Oasis Dream) and to the Group 2 Ribblesdale Stakes heroine Thakafaat (by Unfuwain), and her dam Frappe (by Inchinor) is a winning half-sister to the unbeaten Group 1 2000 Guineas scorer and notable sire Footstepsinthesand (by Giant's Causeway).

Bathyrhon won the Group 2 Prix Vicomtesse Vigier over 15 and a half furlongs at Longchamp, a second pattern success for the Pia Brandt-trained five-year-old. The Monsun (by Konigsstuhl) entire was bred by Dieter Meinke, he is his dam's third blacktype earner and she, Be My Lady (by Be My Guest), is a half-sister to the multiple pattern scorer Banyumanik (by Fairy King).

Nightflower won the Group 2 Diana-Trial over 10 furlongs at Hoppegarten, a first pattern success for the Peter Schiergen-trained daughter of Dylan Thomas (by Danehill). She was bred by Jurgen Imm, she is the first foal of the Group 2 Oaks d'Italia heroine Night Of Magic (by Peintre Celebre), and she comes from the immediate family of the German classic stars Night Petticoat (by Petoski), Next Desert (by Desert Style) and Next Gina (by Perugino).

Gleneagles (by Galileo) completed a classic double with a three-quarter length win in the Group 1 Tattersalls Irish 2000 Guineas at the Curragh, beating the first-crop Lope De Vega (by Shamardal) colt Endless Drama. The third was Ivawood (by Zebedee), who also represents the first crop of his sire.

Gleneagles was bred by the You'resothrilling Syndicate, and he is trained by Aidan O'Brien. His dam You'resothrilling (by Storm Cat) won the Group 2 Cherry Hinton Stakes, his full-sister Marvellous won last year's Group 1 Irish 1000 Guineas, and his dam is a full-sister to the Group 1 star and multiple champion sire Giant's Causeway.

Mustajeeb was a classic-placed pattern winner at three and he made a winning return to action in the Group 2 Weatherbys Ireland Greenland Stakes over six furlongs at the Curragh. Sheikh Hamdan Al Maktoum's homebred four-year-old is a son of the Nunnery Stud stallion Nayef (by Gulch) and he is out of Rifqah (by Elusive Quality). His grandam is a half-sister to the dam of the Group 1 winning miler Tamayuz (by Nayef).

His fourth dam is Allegretta (by Lombard) so he also comes from the family of Group 1 stars such as Anabaa Blue (by Anabaa), Galileo (by Sadler's Wells), Sea The Stars (by Cape Cross), Black Sam Bellamy (by Sadler's Wells), My Typhoon (by Giant's Causeway), Bracelet (by Montjeu), Adlerflug (by In The Wings), Anzillero (by Law Society) and King's Best (by Kingmambo).

Pearl Secret won the Group 2 betfred.com Temple Stakes over the minimum trip at Haydock, a first pattern success for the Group 1-placed dual listed scorer. David Barron trains the six-year-old entire. He was bred by the partnership of Whitsbury Manor Stud and Pigeon House Stud, and he is out of the stakes winning sprinter Our Little Secret (by Rossini).

Brooch extended her unbeaten record to four with victory in the Group 2 Lanwades Stud Stakes over a mile at the Curragh. The Dermot Weld-trained four-year-old is a Juddmonte Farms homebred.

Her classic-winning sire Empire Maker (by Unbridled) stands at the Japan Bloodhorse Breeders Association. She is a half-sister to the Group 2-placed dual listed scorer Caponata (by Selkirk) and her dam Daring Diva (by Dansili) is a stakes winning full-sister to the Group 1 winning miler Emulous.

Mastercraftsman (by Danehill Dancer) added to his blacktype tally when Upham won the Group 3 Mullins Lawyers Grand Prix Stakes over 10 furlongs at Doomben, in Australia, on Saturday. The Peter Moody-trained three-year-old was bred by Warren Pegg, and he is a gelded son of the stakes-placed dual winner She's Golden Class (by Gold Brose). His dam is also known as Gold Class, she is also the dam of the stakes winners Bonnie Mac (by Thorn Park) and Gold Rum (by Golan), and is distantly related to horses who have won stakes and pattern events in the USA. 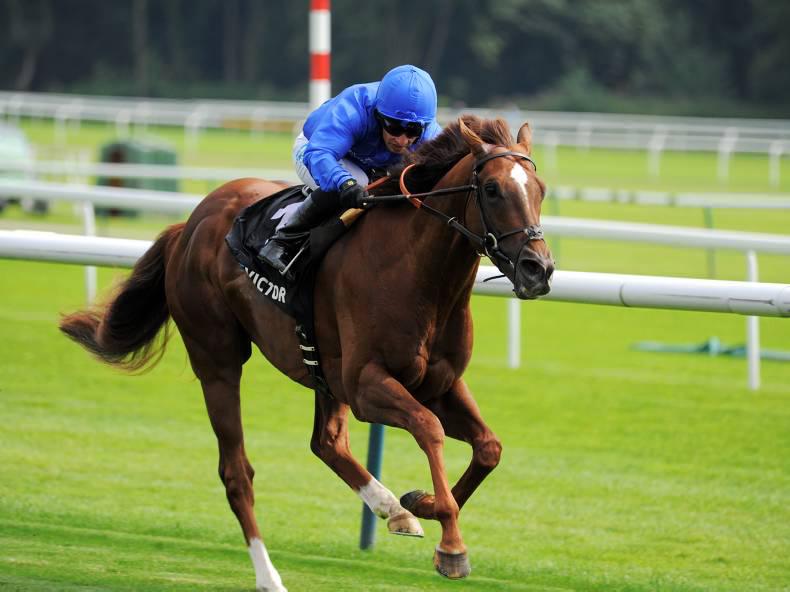 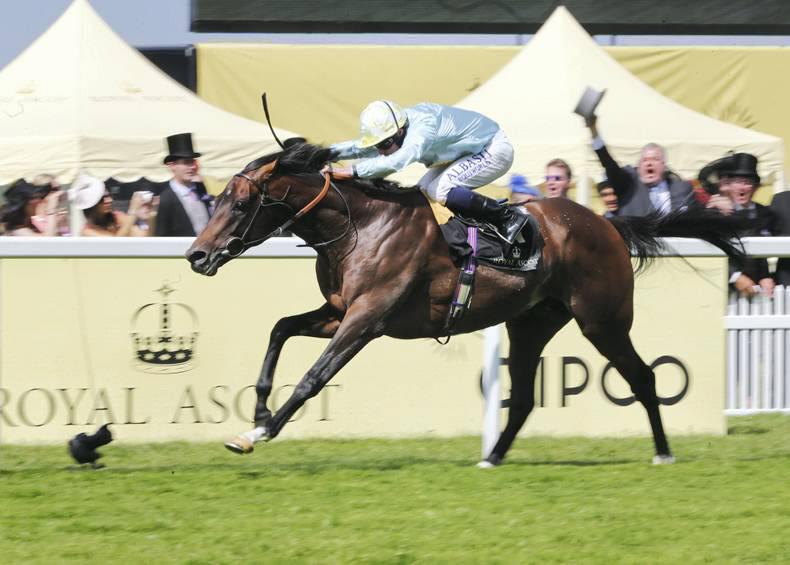 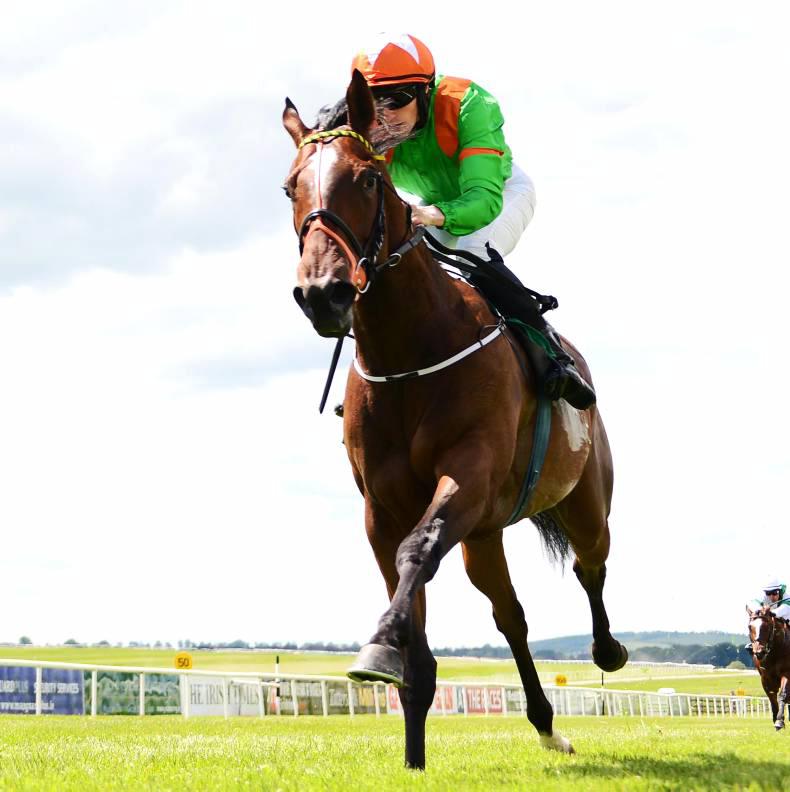 Inside Racing
SIMON ROWLANDS: Fort Del Oro one to watch
By Irish Field Contributor on 10 June 2015
More in Bloodstock News
Bloodstock Field +
HORSE SENSE: Making a will during self-isolation
Bloodstock FREE
Goffs UK and Arqana combine to hold Breeze-Up Sales at Naas and Goffs
Bloodstock FREE
STALLION FEES 2020: The top stallions from around the world
Classifieds
Place ad
Get full unlimited access to our content and archive.
Subscribe to The Irish Field
Unlimited access to The Irish Field via your computer, mobile device, tablet or newspaper delivered to your door.
Subscribe now +
Already a subscriber? Sign in