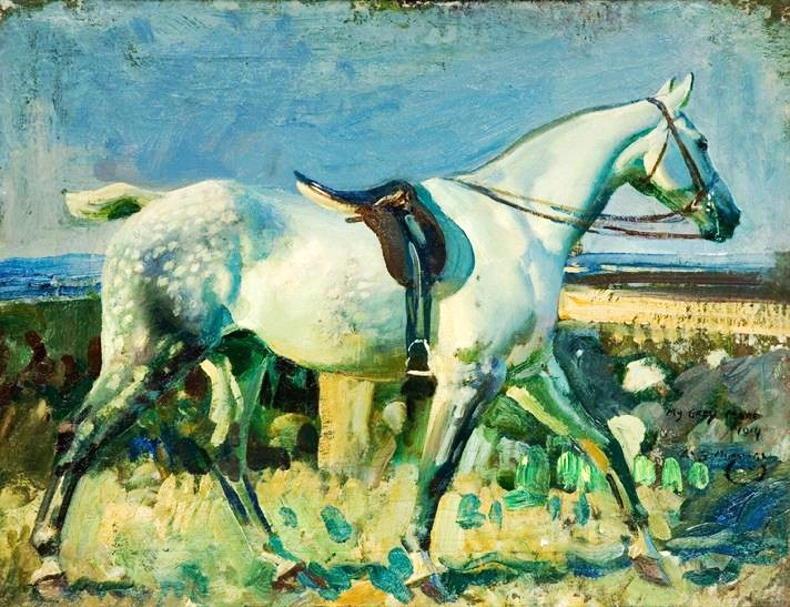 IF you are visiting Newmarket before June 12th don’t miss the opportunity to catch an exhibition by one of the finest equine artists ever to have painted, Sir Alfred Munnings.

The British Sporting Art Trust is putting on a show entitled Sir Alfred Munnings (1878-1959): A Life of his Own from May 24th-June 12th which has come from the Osborne Studio Gallery, London.

Sir Alfred Munnings is known as one of the finest painters of horses. This exhibition is a rare opportunity to see some 40 paintings, watercolours and drawings spanning 60 years of the artist’s career.

Sir Alfred Munnings was one of the most popular and successful artists of his generation and the selected works tell the story of his rise from his early years working in rural Suffolk and Norfolk to his election as President of the Royal Academy in 1944.

Some of these works have never been exhibited before – they include hunters, racehorses, ponies, portraits, and military horses.

His honest love for the horse shines through his work and his position as an artist-sportsman also sets him apart. He hunted and attended race meetings throughout his long life and was an active participant in sporting circles and it shows so strongly in his art. Well worth a visit to see so much in this one collection for the show.