Just one final step...
You must confirm your email address by clicking on the link we’ve sent to your email address.
You are only one short step away from reading 5 free Field+ articles.
OUTLOOK: Why Clan is your man in brilliant Betfair Chase

OUTLOOK: Why Clan is your man in brilliant Betfair Chase
By Ronan Groome on 17 November 2020
"There's no point going into this thinking he'll need the run and improve to Kempton. He's got plenty of time from Saturday to Kempton and he's ready"

Santini or no Santini, Saturday’s Betfair Chase is a brilliant race.

Amazingly, Colin Tizzard, Paul Nicholls and Nigel Twiston-Davies have accounted for 13 of the 15 renewals of the race and as a collective they are long odds-on to extend that record on Saturday. In the Tizzard corner is Lostintranslation, in the Twiston-Davies corner is Bristol De Mai and in the Nicholls corner is Clan Des Obeaux. Let's get ready to rumble.

A lot has been made of Santini’s connections deciding to swerve the race in favour of a racecourse gallop and to run in the Grade 2 Many Clouds Chase at Aintree instead. Whether that is a view towards the longer term target of the Gold Cup (some on social media strongly suggest so) is debatable but in this instance you probably have to take Nicky Henderson’s comments at face value, that in his opinion Haydock won’t play to Santini’s strengths and in any case, the eight-year-old may not have been ready.

In any case, this isn’t a race Henderson has too many fond memories of. Bobs Worth was beaten 40 lengths in it on his first run back from his Gold Cup victory and Might Bite was another well beaten favourite, fifth of five, beaten 29 lengths by Bristol De Mai. The Haydock test is a unique one and maybe these instances were playing on the trainer’s mind in the last few days with regard to Santini's participation.

Lostintranslation is probably the right favourite, but only just, to these eyes. He was a brilliant winner of this last season, jumping superbly and travelling brilliantly for a confident Robbie Power. The pair well and truly had the measure of the gallant Bristol De Mai on the run-in.

You can’t debate that beating Bristol De Mai at Haydock is seriously strong form and Lostintranslation was rightfully made Gold Cup favourite and also was a relatively short price for the Jockeys Club Racecourses Triple Crown bonus, which has been discontinued this year due to financial limits due to Covid. The son of Flemensfirth would go on to bomb in the King George after which connections cited a breathing issue. Given a wind operation and freshened up for Cheltenham, he arrived in Prestbury Park a much better horse but the same couldn’t be said of his trainer's horses who had a horrible week at the meeting.

It’s too simplistic to suggest that Lostintranslation should be marked up significantly on his Gold Cup third just because his trainer’s horses were running badly all week. It’s hard to know how much of a factor the Tizzard stable form was in truth but what you can ascertain is that he still ran an excellent race and he’s still only an eight-year-old with 10 starts over fences.

The form of the Tizzard horses was an issue earlier this term and it’s interesting they’ve decided to go straight to this race with Lostintranslation, without a proper prep run (did take in a racecourse gallop) like they did last year at Carlisle.

As it happens, his two main rivals show up here for their seasonal debut also. Bristol De Mai didn’t need one to be at his best when he won this race for the second time in 2018 and he ran right up to that standard last year when he finished second to Lostintranslation.

He has a sensational Haydock record with four wins and a second from five runs. Despite the fact that he won this race on good ground before, heavy ground would give him a huge advantage. There is forecast rain on Friday which would be very welcome but more pressingly, Nigel Twiston-Davies had plenty of disappointments at Cheltenham over the weekend, a meeting he usually does very well at. Whereas the Tizzard horses seem to be firing now, the Twiston-Davies have yet to really get going.

With that in mind, I think Lostintranslation’s biggest danger is Clan Des Obeaux. I think Paul Nicholls’s dual King George winner should be disputing favouritism (available to back at 3/1, against Lostintranslation's 5/4).

Assumptions are dangerous in racing and many assumed the level of Cyrname’s performance would drop going right-handed and going three miles at Wetherby but that wasn’t the case. The Betfair Chase prices suggest that Clan Des Obeaux is a Kempton horse and that he needs his first run of the season but the landscape has changed for the eight-year-old now.

Nicholls has reportedly given up any hope that Clan Des Obeaux is a Gold Cup horse. In theory, the slowly-run nature of last season’s race should have given him every chance yet he still struggled, trailing in eighth. Clan Des Obeaux's Gold Cup is in Kempton and given the strong correlation between the King George, the Betfair Chase and Paul Nicholls, the son of Kapgarde's priorities have changed since he first ran fourth on his seasonal debut in this race to Bristol De Mai in 2018.

The time is now for him and Nicholls knows as much. His comments this week have been typically bullish. He told The Racing Post: “He's (Clan Des Obeaux) done lots of work and all of those good chasers of ours have run really well first time up.

"He's very fit whereas two years ago we went there just thinking and hoping he might be good enough for Grade 1s and he ran well, but I'd say we've got him in very good shape this time.

"There's no point going into this thinking he'll need the run and improve to Kempton. He's got plenty of time from Saturday to Kempton and he's ready – no excuses fitness-wise as far as I can tell.”

Nicholls has won this race six times (four for Kauto Star and two for Silviniaco Conti) and on five occasions both of those horses went on to win the King George on their next start. The flat nature of both Haydock and Kempton are seemingly similar tests and the 11-time champion trainer clearly knows what it takes to get it done with one horse for both races.

Clan Des Obeaux is level on ratings with Lostintranslation and 2lb above Bristol De Mai so there is very little in this. The former perhaps has bigger fish to fry this season, namely a Gold Cup, but for Clan Des Obeaux, the time is now. 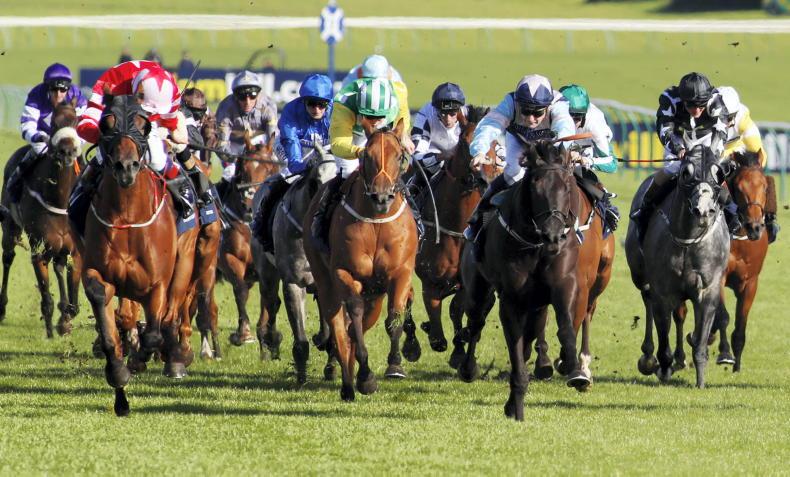 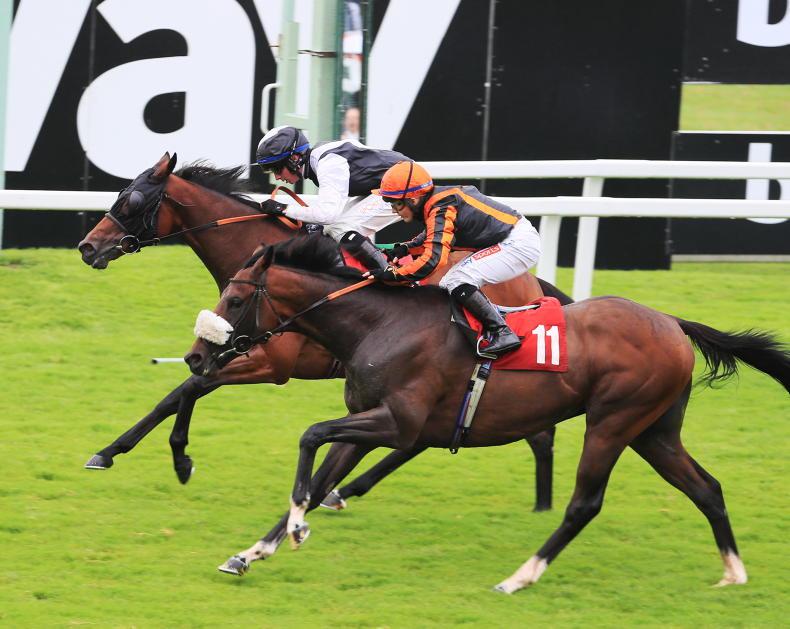 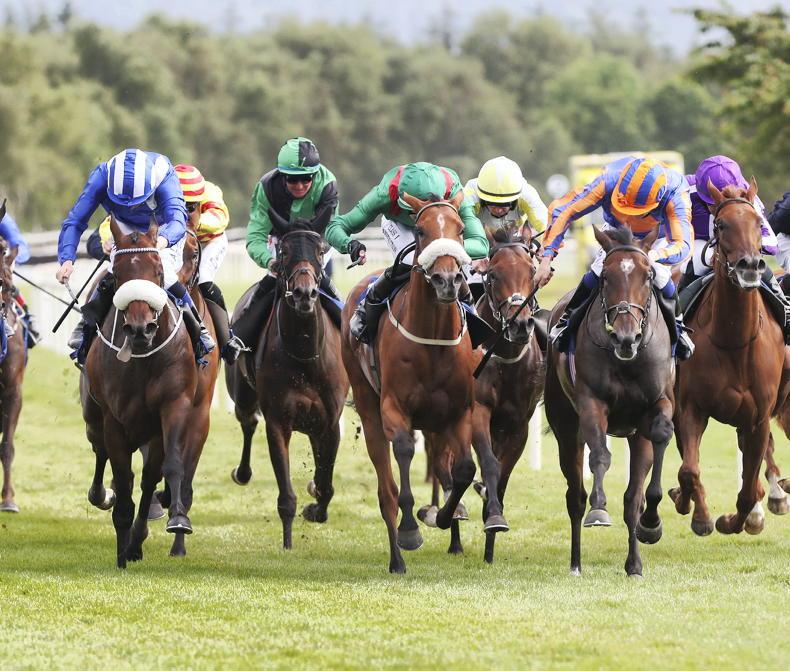 Racing News
DUNDALK FRIDAY: Whatharm could jet off to Dubai
By Alan Magee on 21 December 2020
More in Inside Racing
Racing Field +
THE BIG INTERVIEW: Joe Foley - It was a showcase for people within the industry
Racing Field +
BRITISH PREVIEW: This 10/1 shot has a lot in his favour
Racing Field +
RORY DELARGY: Talking points: Elliott back but BHA found wanting?
Classifieds
Place ad
Get full unlimited access to our content and archive.
Subscribe to The Irish Field
Unlimited access to The Irish Field via your computer, mobile device, tablet or newspaper delivered to your door.
Subscribe now +
Already a subscriber? Sign in