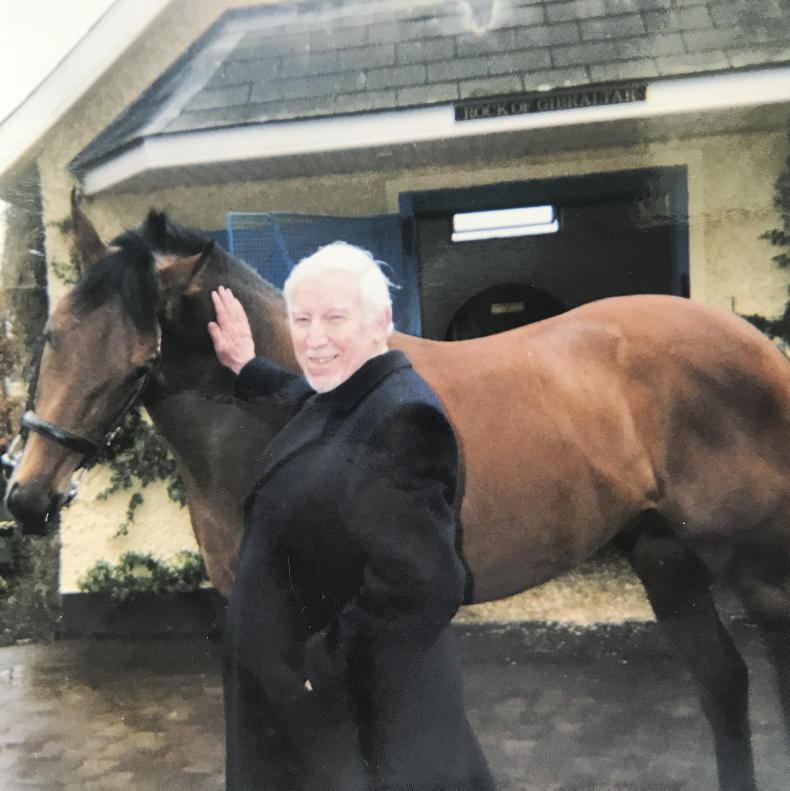 Lal Burke with Rock Of Gibraltar at Coolmore Stud

A GENTLE gentleman with a warm smile for everyone and a talent for picking winning racehorses, Charles, known as Lal, Burke, who passed away peacefully on October 19th, was the last of a generation of Burkes responsible for introducing new concepts in on-course betting to Irish racing punters.

Lal was the only son of Flor and Tess Burke, Kildare. His passion for racing and the business of bookmaking was handed down from his father, uncles, and grandmother.

The Burke circle of family and friends included many of the big names in Irish racing among them Stan Cosgrove, Joe Canty, Joe McGrath, Vincent O’Brien, Con Collins and Paddy Prendergast.

Following his education at Clongowes Wood College Lal joined Tote Investors Ireland, the family enterprise established by his father and uncle in 1931 as the country’s first legal on-course credit betting service; he succeeded his father as managing director in 1965.

He founded the Racegoers Club of Ireland in 1973 and regularly brought some 500 punters to Irish and British racemeetings by luxury coach with on-board hospitality. Members also received the added bonus of Lal’s tips for the day’s runners and riders. So talented was he at predicting winners that he was crowned Ladbroke’s ‘Tipster of the Year’ in 1994.

Lal wrote about Irish racing and its history for a number of publications including The Irish Field. His attendance at Irish and international racemeetings for work and leisure spanned more than 90 years. He began as a ‘yearling’, watching his father’s horses winning at the Curragh and was still going to Fairyhouse and Leopardstown until recently.

Even his own sporting career had a racing dimension: as a low-handicap amateur golfer he won the Windsor Slipper trophy at Cill Dara Golf Club (1945).

Lal completed his final furlong a few months after his 95th birthday and, fittingly, was buried not far from Leopardstown Racecourse during its final event of the 2020 flat racing season.

He was predeceased by his beloved Mel (née Macken) whom he married in 1950, and his son Allen. Lal is greatly missed by his remaining children, David, Caroline and John, grandchildren, great-grandchildren, extended family and friends.