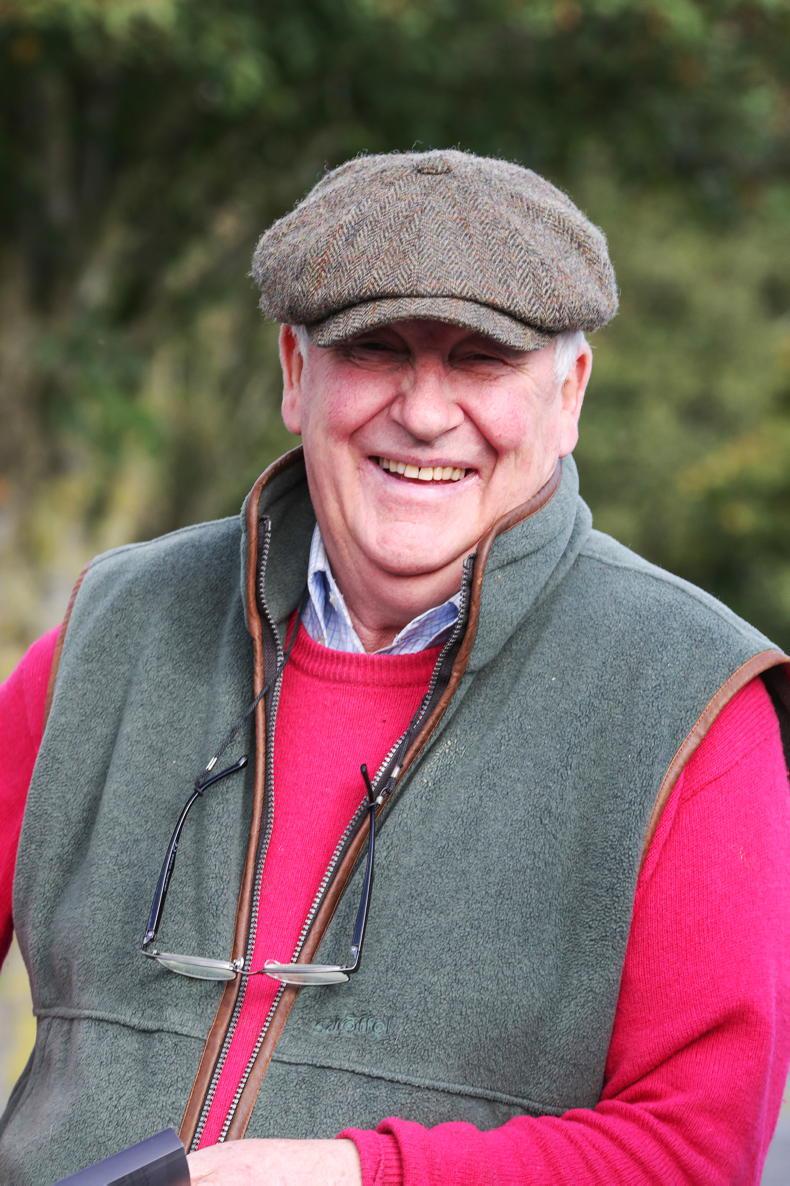 HUGH Hyland of Oghill House Stud in Monasterevin, Co Kildare, was laid to rest on Thursday morning in Nurney cemetery. Aged 72, he passed away on Monday in the Mater Private Hospital in Dublin, following a long illness.

Along with his son John and late brother Pat, Hugh ran the 300-acre farm which has an enviable reputation as a producer of quality thoroughbreds. Approximately 100 mares per year are foaled at Oghill House Stud.

A very talented Gaelic footballer, he achieved great success with Monasterevin GAA in the 1970s and captained Kildare in a Leinster Final.

Hugh was a great judge of a horse and was also a mentor to many in the industry. He is credited as having found the dam of Royal Ascot winner Washington DC at the sales for 24,000gns. She was later resold for over 10 times that amount. Hugh struck again when buying the dam of the 2021 Royal Ascot winner Quick Suzy in 2013 for €27,000.

In 2016 the Hyland family was presented with a special achievement award by the Irish Thoroughbred Breeders’ Association in recognition of the 27 individual winners produced by Oghill House Stud the previous year. This year’s Group 3 winner Lady Hollywood is the latest star to emerge from the stud farm.

James McHale, head of bloodstock business development with Weatherbys and co-breeder of Washington DC, was a close friend. “Hugh was a special man,” he said. “He was always warm and kind and, in over 20 years of knowing him, there was never a cross word between us. He taught myself and others so much about young stock and breeding.

“He loved horses, racing, sports and spending time with friends and family. He was always good company socially. We will all remember him through many fun stories, and happy times. Deepest sympathies to Miriam, Johnny, Barbara-Ann and the wider Hyland family.”

Bloodstock agent Joseph Burke has a close association with Oghill House Stud. He said: “Hugh was a special man. A gifted sportsman and horseman, it was with his family that he really shone and also with the throngs of people he quietly helped to get a foot on the ladder, in and out of the horse industry.

“He genuinely loved to see those people succeed and the only way anyone ever heard about it was when those same men and women shared their stories this week because Hugh was far too modest to tell anyone.

“He was like a father to so many young people, both in the racing and breeding industry and outside of it. To many in fact he was that special combination of father, brother, best friend and fiercely loyal supporter. People respected and loved him in a way that most mere mortals can only ever dream of and that was evident in the thousands of people that turned up to bid him farewell this week.

If riches are measured in friendship, love and respect Hugh Hyland was the richest man that ever graced this planet and those of us blessed to have know him will be forever grateful and never forget him. “Ar dheis Dé go raibh a anam.”

Willie McCreery, another former footballer and trainer of one of Hugh’s last winners when Are We Dreaming won at Bellewstown in July, said: “Hugh was a very decent man and great for Kildare, on and off the pitch. He gave a start to a lot of young people around here. At the races or sales, he always had a joke or a cheerful word. And he was an excellent judge and breeders. Anything that comes out of Oghill can run.”

Predeceased by his brother Pat, Hugh is survived by wife Miriam and their children Barbara Ann (Hewson) and John.