Just one final step...
You must confirm your email address by clicking on the link we’ve sent to your email address.
You are only one short step away from reading 5 free Field+ articles.
NEWS: Search For A Song will take the rest of the year off

NEWS: Search For A Song will take the rest of the year off
By Irish Field Contributor on 18 September 2019
“She has done us proud, and we look forward to a serious campaign next year” Dermot Weld's Irish St Leger hero will not run again this season

Dermot Weld has confirmed that his Irish St Leger winner Search For A Song will not run again this season.

The three-year-old filly continued on a steep upward curve at the Curragh, beating last year’s Doncaster St Leger winner Kew Gardens under a fine ride from Chris Hayes on Sunday.

Having finished fourth in the Irish Oaks behind Star Catcher, she subsequently won the Galtres Stakes at York – and Weld is excited about what next year may bring.

He said: “Search For A Song came out of her race well, but is finished for the year.

“She has done us proud, and we look forward to a serious campaign next year.”

Weld was also on the mark on Champions Weekend with Tarnawa, who won the Blandford Stakes, and she has various options for the end of the season.

He said: “Tarnawa came out of her race equally well and has three options, the Fillies & Mares Race at Ascot in October, the EP Taylor in Canada and the Prix de l’Opera on Arc day.

“We’ll decide which one nearer the time. Both fillies did us proud.” 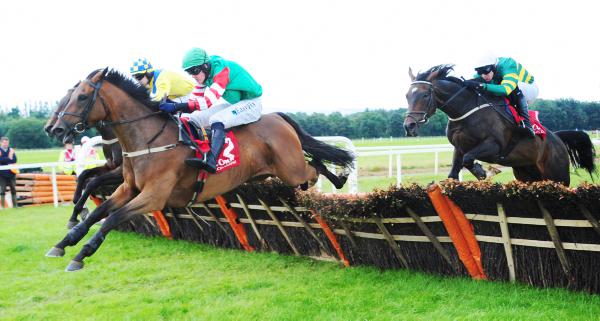 Racing News
Courtncatcher claims a notable scalp
By Thomas Weekes on 06 August 2014
More in Latest News
News FREE
Setback rules Daahyeh out of 1000 Guineas bid
News FREE
Surveillance programme launched to help UK racing track coronavirus cases
News FREE
Q&A: Everything you need to know for the return of UK racing
Classifieds
Place ad
Get full unlimited access to our content and archive.
Subscribe to The Irish Field
Unlimited access to The Irish Field via your computer, mobile device, tablet or newspaper delivered to your door.
Subscribe now +
Already a subscriber? Sign in