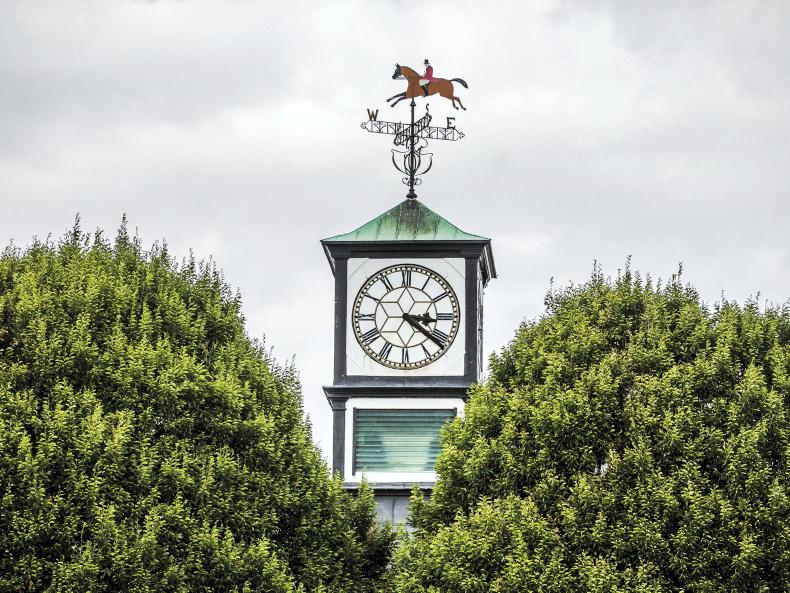 THE Gibbons family from Claremorris had much to celebrate last weekend as their son Stephen qualified their home-bred Mayfield Will To Live for Dublin at Cavan. This six-year-old is out of a 14.2hh mare Springbrook Sparkle, which Tommy bought for his wife Jane to show. When the foal was born, Stephen was just 10 and never did his family imagine that Stephen would go on to qualify him for the young riders at the RDS.

Stephen began his career in showing but was soon bitten by the show jumping bug. Jane and Tommy decided to put the mare, Springbrook Sparkle in foal to Castlelawn Captain Junior in a bid to get a nice 14.2hh offspring. Unfortunately things did not go according to plan and it was touch and go for Mayfield Will To Live, hence the name.

With help from a family friend, Katrina Erdok, along with vets John Dixon and Bernie Kirrane, the foal survived. By the time he got to a three-year-old, he had sprouted up to a fine looking horse. Delighted with the qualification, Jane Gibbons said: “We never expected that Stephen would be riding him in the RDS. We really didn’t know what he was going to do or what height he would grow to. It is always great to have a home-bred do well and even more so, when Tommy produced him. He is a special horse and he chose to live.

“He used to get so many supplements when he was a foal and young horse that it became part of his feeding regime, he was looking for them. He is now a fine 16.1hh horse with great ability. We are also delighted for Stephen, who at the age of 15 has qualified three horses for the RDS. This will be a year for us to remember, a dream come true.”