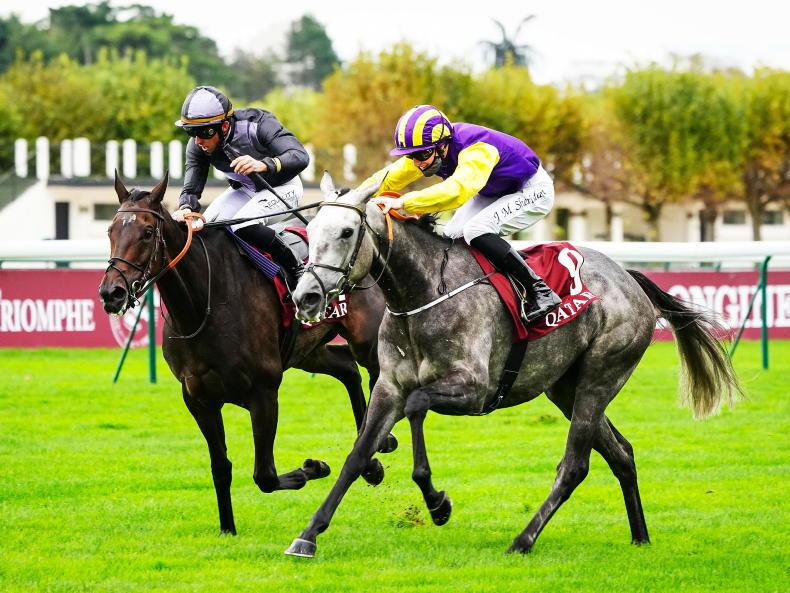 PRINCESS Zoe is set to miss the Doncaster Cup and head straight to ParisLongchamp in a a bid to win the Qatar Prix du Cadran for the second year running.

With the ground likely to be too fast for her in South Yorkshire, the focus will be on the grey mare retaining her crown in the two-and-a-half-mile Group 1 on October 2nd.

Princess Zoe has not won since lifting that prize last autumn, although she ran a mighty race when second to Subjectivist in the Gold Cup at Royal Ascot.

Trainer Tony Mullins reports his stable star to be good shape and is looking forward to taking her back to France.

“I don’t think she’ll be going to Doncaster. There’s no rain,” said the Co Kilkenny trainer. “She’s in good form. She’s going to Longchamp for the Prix du Cadran.

“It was a great day last year and she should get her ground there again.”