Just one final step...
You must confirm your email address by clicking on the link we’ve sent to your email address.
You are only one short step away from reading 5 free Field+ articles.
NEWS: Lizzie Kelly retires from riding

NEWS: Lizzie Kelly retires from riding
By Irish Field Contributor on 10 July 2020
The dual Cheltenham winning rider will remain involved in racing and pre-training as she looks forward to her first child

Record-breaking jump jockey Lizzie Kelly has announced her retirement from the saddle as she and her husband are expecting their first child later in the year.

Kelly, 27, made turf history by being the first woman to win a Grade 1 race over jumps with Tea For Two in the Kauto Star Novices’ Chase at Kempton on Boxing Day in 2015.

She went on to land a second major success on the same horse, who was trained by her stepfather Nick Williams, in the Betway Bowl at Aintree in April 2017.

In 2018, Kelly claimed her first Cheltenham Festival winner with Coo Star Sivola in the Ultima Handicap Chase and enjoyed a second winner there in 2019 on Siruh Du Lac in the Brown Advisory & Merriebelle Stable Plate Handicap Chase.

Her other big-race successes in 11 years as a rider included three on Agrapart – in the Betfair Hurdle at Newbury, the Relkeel and the Cleeve at Cheltenham.

“I am announcing my retirement today with the news that my husband and I are expecting our first child,” said Kelly.

“I will miss riding in races, the weighing room and everyone in it. Having two Cheltenham Festival winners is definitely something I will remember forever.

“The big winners are an important part of a jockey’s career; it’s what you put all your hard work and efforts into getting. The part of the job I enjoyed the most was riding young horses on their first time on the racetrack and looking after them – I got a real kick out of that.

“I will remain heavily involved in racing and pre-training. The long-term goal is to train, but I am sure there is nothing that will replace riding in races.”

Kelly thanked the racing industry for her experience in the sport: “I want to take the opportunity to thank the huge amount of people who have helped along the way; my husband Ed, Mum (trainer Jane Williams) and Chester, the team and all of the owners at Culverhill Farm, Rodi Green, Neil King, Ginge and the hordes of other people who taught me, helped me and encouraged me over the past 11 years.

“The girls in the weighing room who made it feel like home and the lads on the other side who were so good to me. I really have had a career that I could never have imagined and I’ve been blessed to be associated with the horses that I have ridden.”

Speaking on the subject of women in racing, Kelly said: “In the time that I have been a jockey the number of female jockeys has grown enormously and I think that there are a huge amount of opportunities for women coming into the sport. I think everyone gets good opportunities now.”

She has not entirely ruled out the possibility of taking up her professional licence again at some point in the future. 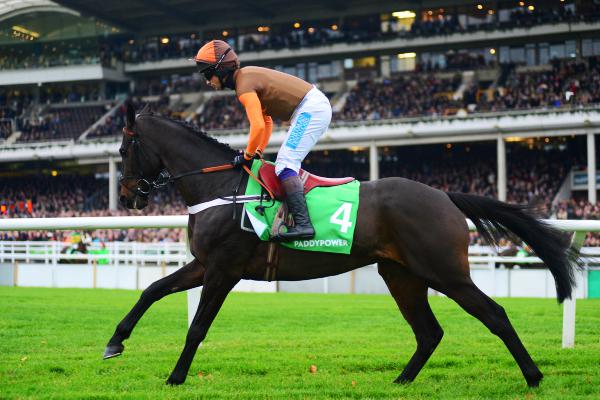 Previews
All aboard the Rajdhani Express!
By Rory Delargy on 24 October 2014
More in Latest News
News FREE
NEWS: Tarnawa makes a winning return in Cork Group 3
News FREE
PREVIEW: Fabre anticipating tough test for Earthlight
News FREE
KEENELAND PHOENIX STAKES: The Lir Jet out to avenge French defeat
Classifieds
Place ad
Get full unlimited access to our content and archive.
Subscribe to The Irish Field
Unlimited access to The Irish Field via your computer, mobile device, tablet or newspaper delivered to your door.
Subscribe now +
Already a subscriber? Sign in