Just one final step...
You must confirm your email address by clicking on the link we’ve sent to your email address.
You are only one short step away from reading 5 free Field+ articles.
NEWS: Lady Kaya suffers fatal accident

NEWS: Lady Kaya suffers fatal accident
By Irish Field Contributor on 11 June 2019
The Dandy Man filly had given her yard some great days with a fine two-year-old career and a second place in the 1000 Guineas

The high-class filly Lady Kaya tragically suffered a fatal injury this morning when she broke a hind leg during her final workout for Royal Ascot.

We are absolutely heartbroken here, Lady Kaya broke her leg this morning and could not be saved. No words describe the beauty of Lady Kaya. pic.twitter.com/1M8c4eCsfL

Bred by John O'Connor, the Dandy Man filly had really put the Shelia Lavery stable on the map. Running in the colours of her niece Joanne, she had won two of her seven races including the Group 3 Guineas Trial at Leopardstown and finished second in the Group 1 Moyglare Stud Stakes and was a terrific second behind Hermosa in the 1000 Guineas at Newmarket last month.

“She was having her final piece up the Curragh on the Old Vic – she was going beautifully and (jockey) Robbie (Colgan) just heard a bang,” said Lavery. “She shattered her hind leg. She was the soundest filly I’ve ever had.”

The trainer added nothing could be done to save Lady Kaya.

“We boxed her off the gallops, brought her to Anglesey Lodge - who X-rayed her but said she couldn’t be saved, and they put her down."

“Heartbroken. In fact that doesn’t describe the feeling of everybody here. She was owned by my niece, Joanna, who was there this morning. We all went to the clinic with her.”

She was due to run next week in the Commonwealth Cup at Royal Ascot. 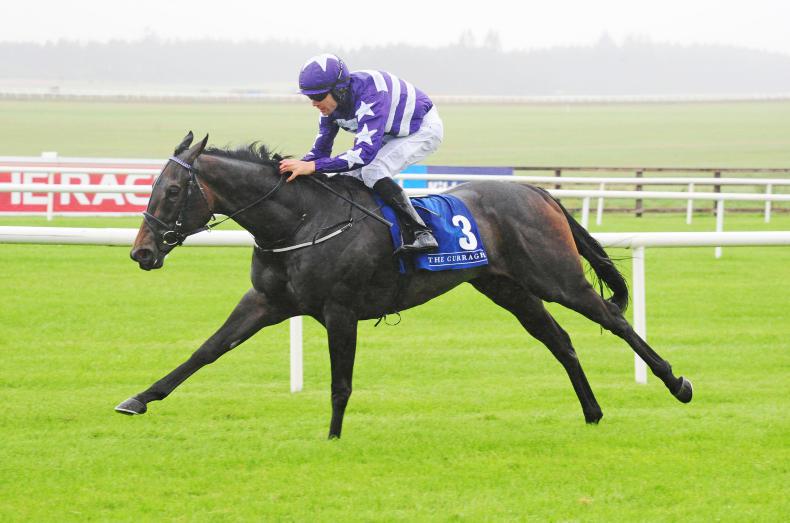 Racing News
CURRAGH SUNDAY: Stunning victory for Lady Kaya
By Ryan McElligott on 13 August 2018
More in Racing News
Racing Field +
McAuley: 'I don't know if we'll get another one like him'
Racing Field +
SLIGO FRIDAY: Ambitious Approach gets his turn
Racing Field +
RYAN MCELLIGOTT: Five to follow
Classifieds
Place ad
Get full unlimited access to our content and archive.
Subscribe to The Irish Field
Unlimited access to The Irish Field via your computer, mobile device, tablet or newspaper delivered to your door.
Subscribe now +
Already a subscriber? Sign in