Just one final step...
You must confirm your email address by clicking on the link we’ve sent to your email address.
You are only one short step away from reading 5 free Field+ articles.
NEWS: Kameko pleases ahead of Derby assignment

NEWS: Kameko pleases ahead of Derby assignment
By Irish Field Contributor on 26 June 2020
Trainer Andrew Balding admits while Kameko’s speed is not in doubt, his stamina will not be proven until the big day in Epsom

ANDREW Balding’s 2000 Guineas winner Kameko impressed in a gallop at Kempton on Wednesday ahead of his attempt to join an elite list in the Investec Derby next Saturday.

No Guineas winner has followed-up at Epsom since Aidan O’Brien’s Camelot in 2012, although only Dawn Approach (2013) and Saxon Warrior (2018) have tackled the double. While Kameko is a general second favourite for the blue riband, Balding is trying not to get carried away.

“You’d like to think he’s my best chance of winning it, but we’ve had five runners in it in the past and five disappointments – five big disappointments,” said Balding. “I don’t want to get myself too excited like I did last year, but obviously we’ve got a strong candidate – he’s a Guineas winner going to a Derby. We’ve been really pleased with him, he’s a pleasure to train, a real professional.”

Balding has followed a similar routine with Kameko to that which served him so well before Newmarket.

“He went to Kempton yesterday for a gallop, which we did before Newmarket 10 days prior, and it went well. We had the option of going to Epsom, they kindly offered, but I felt he needed a decent piece of work and I felt more comfortable doing that at a place we’d done it before,” he said. “We were all thrilled. In terms of pointing to his fitness levels, he had a really good blow, I couldn’t be happier.”

However, Balding admits while Kameko’s speed is not in doubt, his stamina will not be proven until the big day.

“Obviously there is no way of knowing (if he’ll stay the trip) until you try,” he said. “The figures show he’s very talented. The whole point of the Guineas and the Derby is that one is a test of speed and the other a test of temperament, stamina and agility. We’ve passed the speed test, now we’ve to pass the other.

“It’s mixed messages in the pedigree, but the key thing for me is that he relaxes really well – which has got to give him a chance. It’s an extra half-mile, but he was hitting the line strongest of all in the Guineas.” 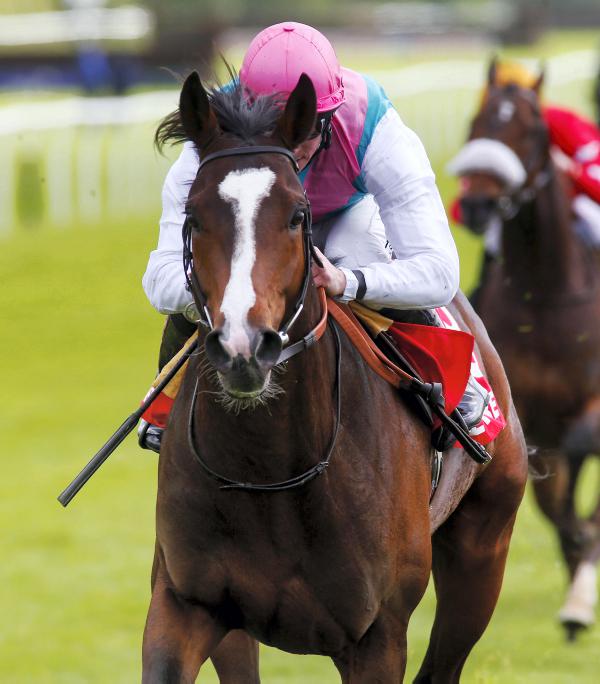 Racing News
Snow Sky falls short at Trial
By Nick Mordin on 12 May 2014
More in Inside Racing
Racing Field +
THE BIG INTERVIEW: Seamie Heffernan
Racing Field +
BRITISH PREVIEW: Side with Seamie and O'Brien for more classic success
Racing Field +
RACING CENTRAL: Sit back and relax for sensational weekend of racing
Classifieds
Place ad
Get full unlimited access to our content and archive.
Subscribe to The Irish Field
Unlimited access to The Irish Field via your computer, mobile device, tablet or newspaper delivered to your door.
Subscribe now +
Already a subscriber? Sign in