The 15-year-old stallion has won at five-star 1.60m level and is now retired to stud 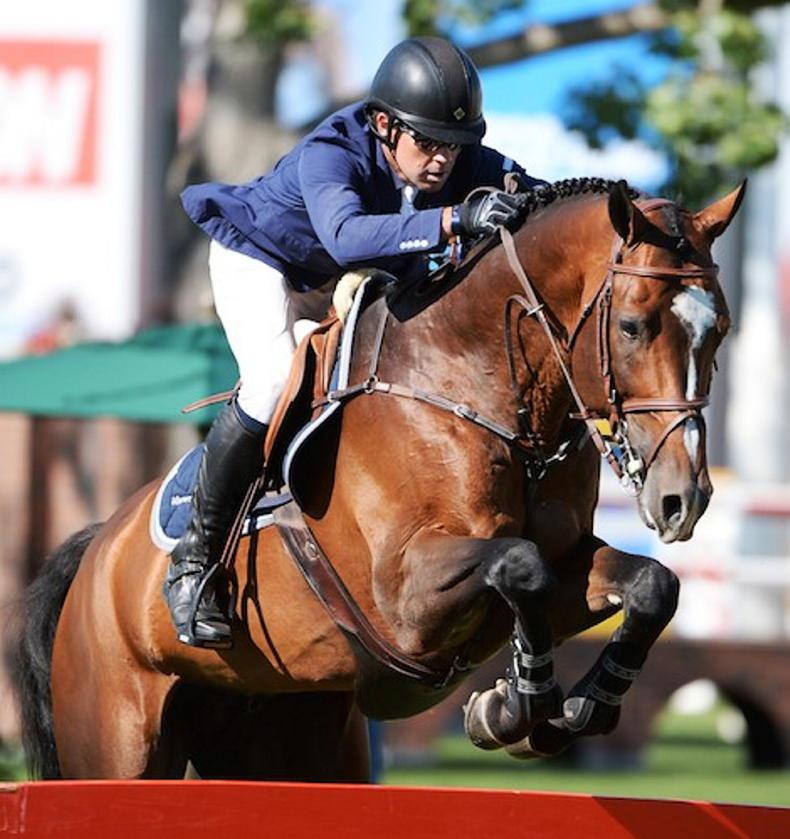 THE Kennedy family at Coolballyshan stud in Adare, Co Limerick, have announced a new stallion to their roster - the Belgian Warmblood Grand Cru VD Vijf Eiken.

After an eight-year career at the highest level of the sport, emphasising his toughness, both physically and mentally, Grand Cru now retires as a breeding stallion. He is by Contact van de Heffinck out of a Heartbreaker mare.

Produced first by Portugal’s Francisco Rocha, under who he competed at the seven-year-old World Championships in Lanakan, he was sold to Canada’s Vanessa Mannix as an eight-year-old.

Ridden by both Mannix and Ireland’s Conor Swail, the stallion produced results at five-star level, including winning a five-star class at Spruce Meadows and placing third in the 2015 Longines Grand Prix of Ireland at the Dublin Horse Show under Swail.

In 2017, Mannix won the four-star Grand Prix in Coapexpan, Mexico, as well as helping the Canadian team to a runner-up finish in the Nations Cup.

“Grand Cru’s scope has always been obvious to anyone who had seen just a glimpse of him and in the big arenas like Spruce Meadows or Dublin in Ireland he thrived with his limitless power and big stride,” a press release stated.