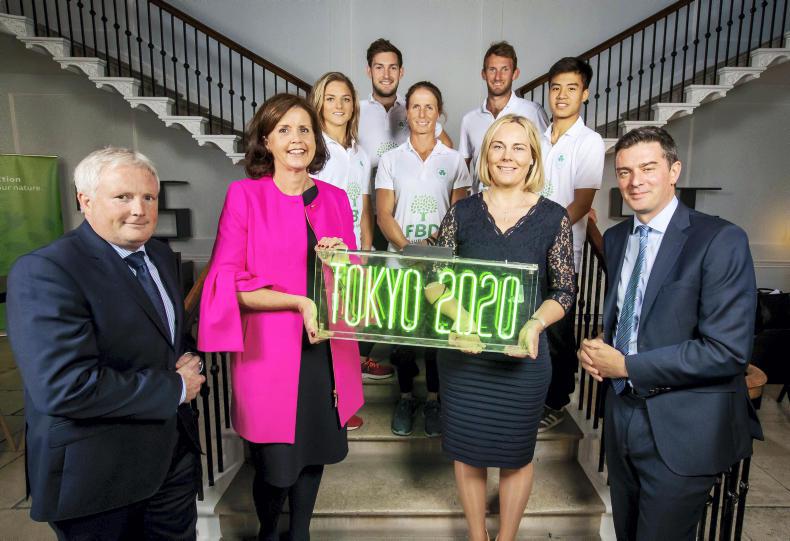 FBD Insurance’s sponsorship of Team Ireland begins immediately and will run throughout the current Olympiad until the end of the 2020 Olympic Games. The sponsorship arrangement will encompass all of the Olympic Federation of Ireland’s activity, both in Ireland and internationally.

Speaking at the announcement, FBD Insurance’s chief executive Fiona Muldoon said: “FBD Insurance is Ireland’s true local Irish insurer and we have been protecting Irish families, businesses and farms for 50 years. Local communities are the foundations of all the support that help our Irish athletes reach the world stage.

“At FBD, we have a unique connection to our local communities through our nationwide presence. FBD Insurance is delighted to partner with Team Ireland on what we know will be an exciting journey for Ireland’s talented athletes, their coaches, their families and communities as they progress to the biggest sporting stage of all in 2020, the Tokyo Olympic Games.”

Chief executive of the Olympic Federation of Ireland, Peter Sherrard added: “We are delighted to partner with FBD Insurance on what is shaping up to be a very exciting journey as our member federations and talented and dedicated athletes continue to train and compete in preparation for the Tokyo Olympic Summer Games. FBD Insurance’s support will allow us to work more closely with the athletes, their coaches and member federations to lay the platform for them to excel on the world stage.”

FBD Insurance’s sponsorship of Team Ireland comes on the back of increased success in performance by Irish athletes on the World stage. More Irish athletes than ever before qualified for the Rio Olympic Games in 2016. This summer has been one of Ireland’s most successful in sport with medal winning performances at senior level in hockey, athletics, rowing and eventing, not to mention significant success at developmental level.