Just one final step...
You must confirm your email address by clicking on the link we’ve sent to your email address.
You are only one short step away from reading 5 free Field+ articles.
NEWS: Department speeds up delivery of sales horses to Britain

NEWS: Department speeds up delivery of sales horses to Britain
By Mark Costello on 11 June 2021
"Ireland is open for business", is the message following an initiative between Irish Thoroughbred Marketing, the Department of Agriculture and the sales companies

HORSES bought by British buyers at this week’s Goffs Land Rover Sale were able to travel across the Irish Sea almost immediately thanks to an initiative by Irish Thoroughbred Marketing, the Department of Agriculture and the sales company.

Since the end of the Brexit transition period in January, horses travelling from Ireland to Britain must be accompanied by a veterinary health certificate which must be stamped by the local Department office. This can take up to five days to process but, starting this week, a Department vet will be on-site at every Goffs and Tattersalls Ireland sale to complete the paperwork as soon as the hammer falls.

ITM chief executive Charles O’Neill said: “The message is ‘Ireland is open for business’. Horses can travel to Britain on the day they are purchased at an Irish sale. This will really help the yearling sales as buyers don’t want to be delayed in shipping valuable horses.”

Highflyer Bloodstock bought 45 horses at Goffs this week and truckloads of them were in the yards of Nicky Henderson in Lambourn and Phil Rowley in Shropshire the next day. Highflyer’s David Minton said: “Sarah Buckley of Lambourn Racehorse Transport and Oliver Cooper of Cooper International Horse Transport worked their socks off, as did the vets on site. We didn’t think it was possible but they did amazingly well.”

O’Neill added: “We must thank Martin Blake, the Department’s chief veterinary officer, for helping to make this happen.”

Sandy Persse is the Department’s Co Kildare veterinary inspector and he was on duty at Goffs this week. He explained: “The Department initially advised horse owners wishing to send horses to Britain to allow up to five days for Department clearance. The industry told us this was a non-runner for valuable horses who had just been purchased so, after consultations between ITM, Goffs and Tattersalls Ireland, the Department agreed to have a presence at the sales, to help move out these horses quickly.”

Persse estimates he inspected and certified at least 130 horses for export to Britain at Goffs this week. The three-day Land Rover Sale saw a clearance rate of 84% despite a much bigger catalogue, and the aggregate, average and median prices were all sale records.

Minton said: “The standard of horse was as good as I have ever seen at this sale, all the way through. It was amazing how many big horses there were compared to years gone by.

“Trade was buoyant but the horses were buyable if you stuck at it and there was value to be had. Three of our biggest clients doubled their orders when we put horses to them. They decided they might as well spend their money.” 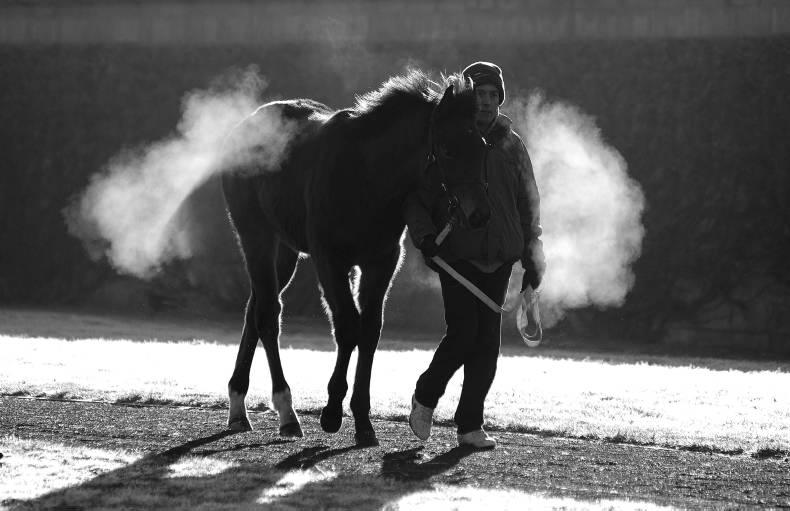 Inside Racing
VIEW FROM ABOVE: Berry right on the money
By Margie McLoone on 05 February 2015
Free 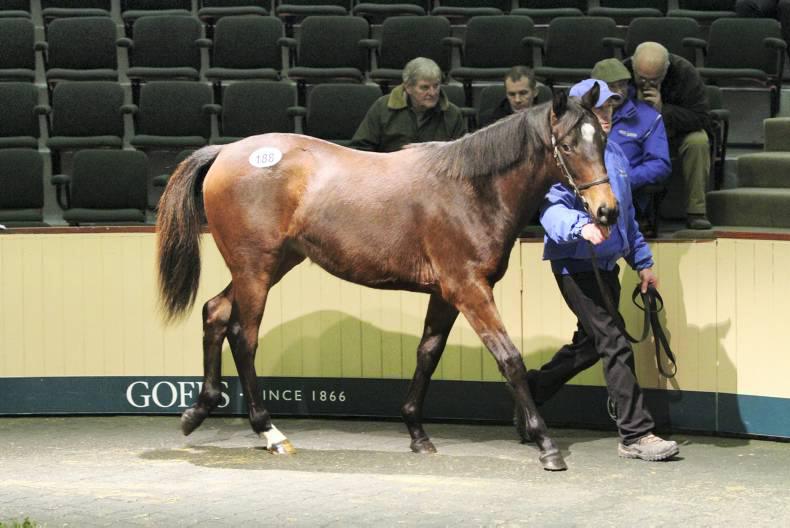