Title: NEWS: Crystal Ocean to stand at The Beeches 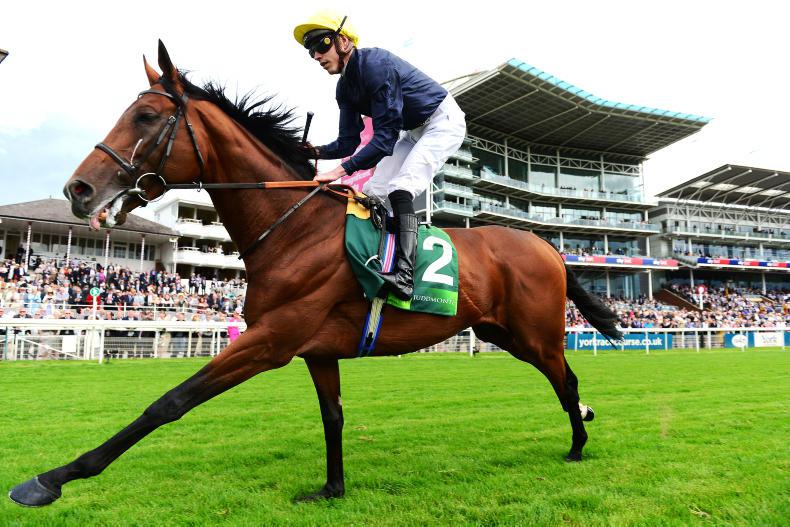 CRYSTAL Ocean, currently rated just 1lb behind the world’s best racehorse Enable, has been purchased by Coolmore and will stand under the National Hunt banner at The Beeches Stud in Lismore, Co Waterford, for 2020.

On what was to be his final racecourse start, he lost out in a photo-finish to Japan in the 10-furlong International in York in August. In September the horse suffered an injury on the gallops and was retired.

Bred by his owner’s Southcourt Stud, Crystal Ocean is out of the listed-winning mare Crystal Star who has produced four group or stakes winners including two Group 1 winners.

Two horses previously trained by Aidan O’Brien have found homes at stud in England. Last year’s Group 2 Richmond Stakes winner Land Force will stand at the Warren family’s Highclere Stud. By No Nay Never, Land Force was in training in Australia this year.

Le Brivido was trained by André Fabre to win the Group 3 Jersey Stakes at Royal Ascot before he switched to Ballydoyle. The son of Siyouni will now stand at Simon Sweeting’s Overbury Stud at a fee of £7,000

Eqtidaar is a half-brother to Group 2 winner Massaat, who stands at Mickley Stud.