Title: NAVAN SATURDAY: Aldo The Apache can land another Grade B scalp in Tara 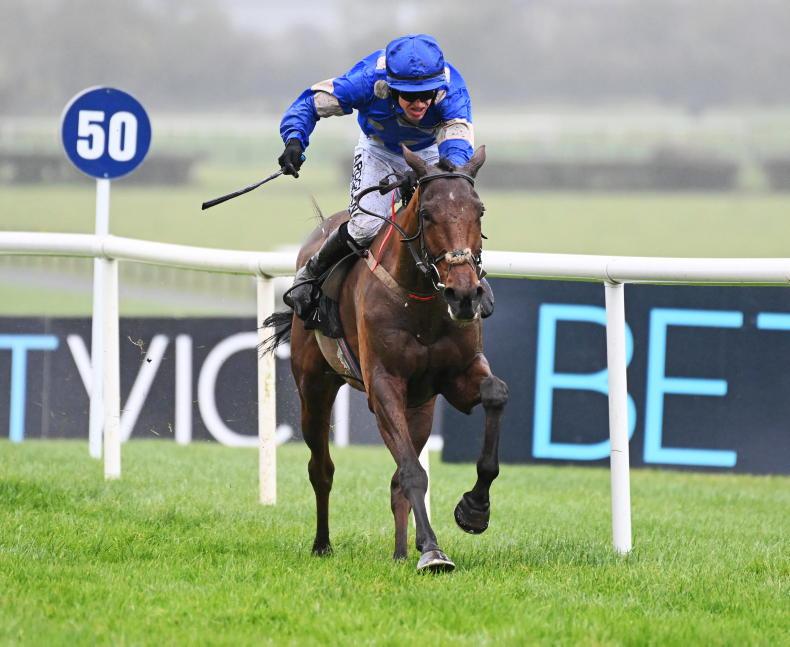 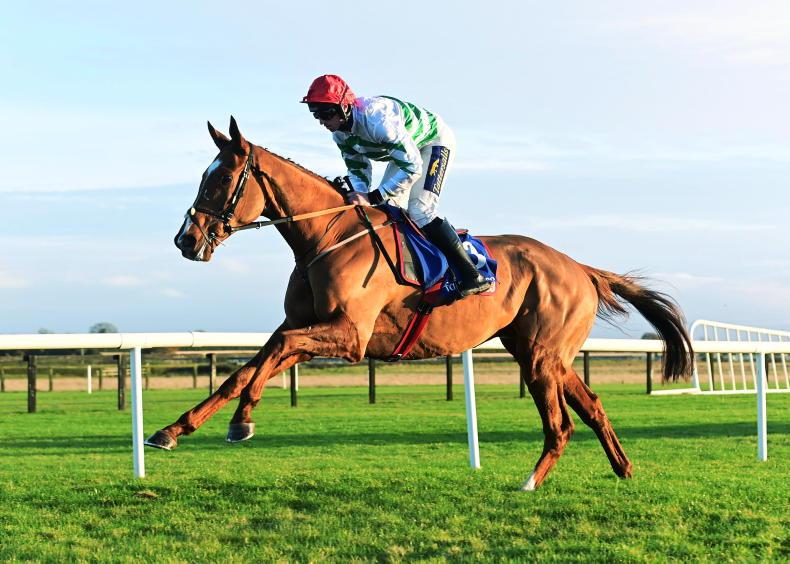 Given his big frame and general size, Glenglass did fairly well to win his bumper at the first time of asking at Fairyhouse last month. He may have got the run of things in that small field, but there was plenty to like about the way he pulled out more when challenged by his main market rival. A £155,000 purchase after winning a Tallow point-to-point, he will surely be more comfortable over hurdles and may lay down a marker today.

Deploy The Getaway looked set to win on his hurdles debut at Gowran Park, only for the selection’s stablemate Indigo Breeze, to mow him down late on. He had Harry Alonzo, who opposes again here, back in third, so should confirm form with that rival given he has fitness and experience on side now.

Next best: Deploy The Getaway

It’s difficult to see beyond Belle Metal. Willie Mullins’s mare was a smooth winner of both of her bumpers last season, notably recording a facile win in listed company at Limerick. Entered in the Grade 1 two-mile novice hurdle at Leopardstown on the 27th, she may well be highly thought of in Closutton and ought to get off to a winning start over hurdles today.

Au Fleuron ran well to be fourth at this track for his hurdles debut and interestingly drops back to two miles today. Ha D’or is the other horse of interest.

He finished third to Zanahiyr in a Grade 2 contest last season, essentially his first run of the campaign which bodes well for him today. He then disappointed in the Grade 1 juvenile hurdle at the Dublin Racing Festival but clearly has plenty of ability and has been given plenty of time to develop.

Another potential smart recruit could emerge from this contest in the shape of Journey With Me, much touted in pre-season previews. The Robcour-owned five-year-old was an easy winner of a Gowran bumper his trainer won with Minella Melody and Bob Olinger in the two years previous. Today’s trip and ground should suit him well and he is taken to make a winning start over hurdles.

The Gordon Elliott pair Monkstreet and Fantasio D’Alene should present a collective threat though the one who the likely favourite should fear most could be Minella Cocooner. His Cork second to Hamundarson was, on the face of it, disappointing considering he was long odds-on, but he’ll be fitter now and this step up in trip could suit.

SELECTION: JOURNEY WITH ME

Aldo The Apache has won three of his last four and he can continue his progression to land another Grade B handicap hurdle. Colm Murphy’s five-year-old was a smooth winner of the Brown Lad at Naas, travelling well into the straight before staying on strongly to win by eight lengths from Jiving Jerry, recording a good time in the process. The form of that contest was also franked by the third A Great View who went on to run very well in a good three-mile handicap hurdle at this course earlier in the month.

Surprise Package is another worth noting. He ran well when just touched off by I A Connect at Punchestown last month. That was over two miles but his finest hour came when he ran out a six-length winner of the two-and-a-half-mile Red Mills Auction Hurdle Final at Punchestown so today’s trip ought to suit him better. Others to consider are Ballywilliam Boy and Folcano, particularly the former who was third in the Bective Stud Handicap Hurdle over three miles here earlier in the month and looks to be heading in the right direction.

It is hard to look past All Class, a 23-length winner of her handicap chase at Punchestown last time, landing a significant gamble in the process. The handicapper reacted by allotting her with a 22lb rise but her hurdles mark is 12lbs below her new rating of 107. She is also a course winner and won’t have any problems on the ground.

It is pretty open among her opposition and a tentative second vote goes to Dragon’s Pass for Denise Foster. She’s a course-and-distance winner and has been given a little bit of a break by the handicapper in the off season. Loup De Tallane is one more to note. He finished fourth on his handicap hurdle debut at Bellewstown, just his four career start, so he has plenty of scope to improve again.

Busselton probably wants further than this trip but he has a good attitude and he can make his experience count.

He has some smart form in the book already, having beaten The Bosses Oscar by 13 lengths at Limerick and on his previous run, he was game in the finish of a novice chase at Punchestown over just shorter than today’s trip, just hauling in Indiana Jones well after the last.

He won going away though, and despite the fact he’s a four-year-old, he was receiving only 1lb from the runner-up and third Frontal Assault, who opposes again here. His rating of 137 sets the standard, especially considering he gets plenty of weight from Ciel De Niege and Fancy Foundations.

Ciel De Neige is respected. He was a smart handicap hurdler and did it well on his first start over fences, but the aforementioned Frontal Assault really shouldn’t be far away from the main selection. He was making his chase debut for that Punchestown run, running creditably, and he should be able to step forward now.

2.55 Happy Christmas And New Year To All Our Members Handicap Chase 2m 4f

A tentative vote goes to Time And Times. Sean McNamara’s gelding has been running consistently well over hurdles this season, finishing in the top three on four of his five runs, and fourth on the other start, last time out at Tipperary.

He’s been given a break since that run in early October and returns over fences now, off a mark which is 8lbs lower than his hurdles assessment. That could give him a real chance of getting his head in front, providing he can transfer a similar level of form over to this discipline.

Siberian Star and Handsworth make most appeal of the remainder. Siberian Star has put together two solid efforts over fences recently and will go close if he can maintain that sort of effort here while Handsworth, second in a beginners chase last time out and now making his handicap chase debut.

American Mike already has a big reputation and he did it nicely on his debut at Down Royal. He’ll be a short-priced favourite here and is the most likely winner, but taking short odds about any horse in a bumper makes little appeal.

Perhaps it may be worth taking a chance on his stablemate Harmonya Maker, who ran so well on her debut in a listed mares’ bumper here last month. She has scope to improve and the experience of the track should stand her in good stead. Battling Bessie was third in that race and should also run well again.