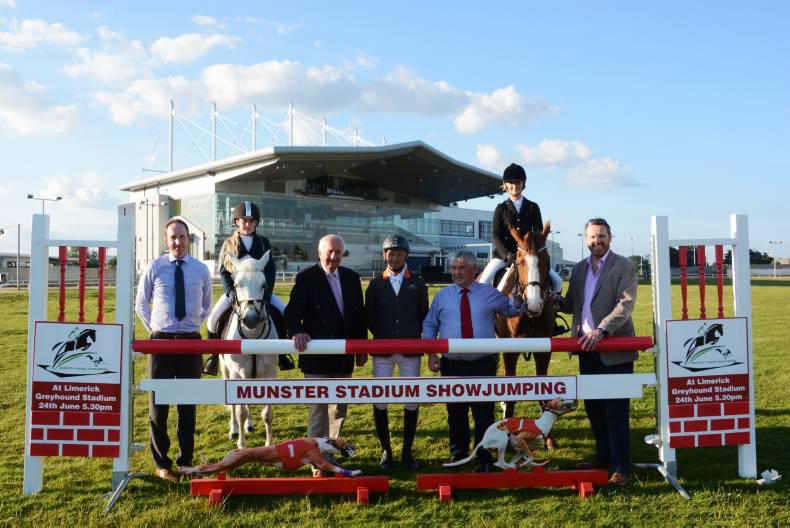 MUNSTER Showjumping officially launched Munster Stadium Show Jumping this week, a series which will see two qualifiers for the Underwriting Exchange Jumping in the City take place in Limerick and Cork greyhound stadia this summer.

Following on from the success of the 2015 Jumping in the City series, Munster Showjumping applied for permission to host a qualifier for this year’s event, which has been cut to just one round at Shelbourne Park on August 5th, and the first of those will take place on Friday, June 24th at the Limerick track.