Just one final step...
You must confirm your email address by clicking on the link we’ve sent to your email address.
You are only one short step away from reading 5 free Field+ articles.
MICHAEL OLIVER: A lifetime supporter of Irish point-to-points

MICHAEL Oliver, trainer of 1986 Grand National winner West Tip and a bloodstock agent for over 50 years, died this week in Worcestershire. He was 70.

His life in racing began as a teenager when he was among the first in England to take a serious interest in Irish point-to-points. He travelled to Ireland and introduced himself to as many people in the business as he could find, often meeting new friends in Lawlor’s of Naas or McCarthy’s bar and restaurant in Fethard.

Cork, Waterford and South Tipperary were Michael’s stomping grounds. Jimmy Mangan became a good friend, as did the Nallen family from the Minella Hotel in Clonmel.

Aged 19, Michael changed tack and took out a trainer’s licence, again with virtually no experience. He had the opportunity to assist Fulke Walwyn, trainer of four Cheltenham Gold Cup winners, but turned it down and essentially was self-taught.

He was one of the first, if not the very first, British trainers to have runners in the Galway Plate in the 1970s. In 1978 Michael found himself in charge of the second favourite for the Grand National, Master H, but his saddle slipped in race won by Lucius.

West Tip would put the record straight eight years later. Oliver purchased the horse unraced from Tommy Wade and he won a hurdle race on his debut at 50/1. The horse won the Ritz Club Handicap Chase at the 1985 Cheltenham Festival, ridden by Richard Dunwoody, who was again on board at Aintree for that famous win a year later.

The 15/2 second favourite was always amongst the leaders and jumped the last fence in second place behind Young Driver. West Tip took the lead on the long run-in and won by two lengths. He subsequently finished fourth in the 1987 and 1988 editions, second in 1989, and 10th in 1990.

Oliver retired from training in 1991 and had been focused on his bloodstock agent role since then. Two of his most recent finds, Green Winter and Templebraden, won more than 20 British point-to-points between them.

He is survived by his wife Sarah, chief executive of the amateur jockeys’ association in Britain. 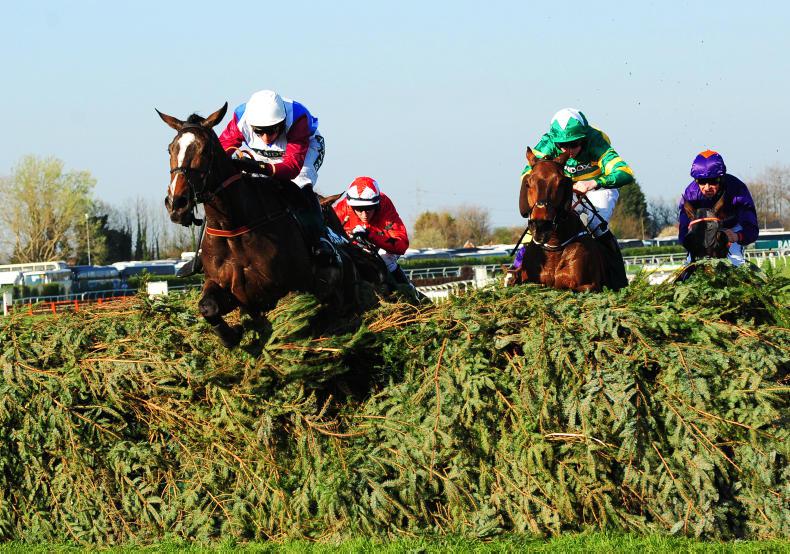 International Racing
BRITAIN: The Grand National - a few memories
By Ian Carnaby on 04 April 2018
More in Latest News
News FREE
NEWS: Wembley could score for O'Brien among seven Futurity entries
News FREE
NEWS: Heffernan takes over on Princess Zoe in Royal-Oak
News FREE
CHELTENHAM: Search for sponsors for Grade 1 novice chases at Cheltenham
Classifieds
Place ad
Get full unlimited access to our content and archive.
Subscribe to The Irish Field
Unlimited access to The Irish Field via your computer, mobile device, tablet or newspaper delivered to your door.
Subscribe now +
Already a subscriber? Sign in