Just one final step...
You must confirm your email address by clicking on the link we’ve sent to your email address.
You are only one short step away from reading 5 free Field+ articles.
Masar bids to uphold Epsom form in Eclipse

DERBY winner Masar and Epsom third Roaring Lion will attempt to give the form of that classic a boost when they line up for the Coral-Eclipse Stakes at Sandown on Saturday.

Epsom runner-up Dee Ex Bee was soundly beaten in the Irish Derby on Saturday, though Saxon Warrior (fourth of Epsom) was not disgraced in finishing a close third.

A total of 10 horses remain in the Eclipse, headed by Masar, who was supplemented at a cost of £50,000. Owned by Godolphin and trained by Charlie Appleby, Masar registered a decisive length and a half victory under William Buick at Epsom last month. He is the 5/4 favourite with sponsor Coral for Saturday's contest.

Masar enjoyed a workout on Newmarket's July course on Saturday under his regular work-rider Brett Doyle. He breezed seven furlongs and finished well clear of his two stable companions [Alqamar and African Jazz]. He will be ridden by William Buick on Saturday.

The going at Sandown Park is currently good to firm. The outlook is for conditions to remain dry, with temperatures in the late 20s Celsius.

Watering is ongoing, with cycles of 10 millimetres. The course has received 35 to 40 millimetres of irrigation per week.

The Eclipse is one of the first Group 1 races of the season in which three-year-olds meet their elders. The older brigade in the Eclipse is headed by Masar's stable companion Hawkbill, who plundered the 2016 renewal of the Group 1 race under Buick.

Hawkbill (20/1) captured the Dubai Sheema Classic at Meydan in March and finished third in the Prince of Wales's Stakes at Royal Ascot on June 20th.

Opposition to the Godolphin duo is headed by the John Gosden-trained Roaring Lion (2/1), who finished two lengths behind Masar when third in the Derby.

The Qatar Racing Limited-owned colt also worked on the July Course at Newmarket on Saturday under Kieran O'Neill and pleased connections.

Aidan O'Brien - champion trainer in Britain and Ireland - could join Alec Taylor and Sir Michael Stoute as the winning-most trainers in the Eclipse with six victories if he were to taste success in Saturday's renewal in which he has five possible runners.

The three-year-old daughter of Galileo was last seen when a half-length fourth behind Laurens in the Prix de Diane at Chantilly and would become just the third filly to win the Eclipse following Pebbles (1985) and Kooyonga (1992).

O'Brien could saddle Irish Derby second and third Rostropovich (16/1) and Saxon Warrior, who finished a close third to Latrobe, trained by his son Joseph, in the Irish Derby on Saturday.

Forest Ranger (Richard Fahey, 11/1) has a Group 2 victory on the board already this year, having captured the Huxley Stakes by a length and a quarter from War Decree (Aidan O'Brien) at Chester on May 11th.

The four-year-old son of Lawman was also successful on his seasonal debut when defeating the O'Brien-trained Deauville by half a length in the G3 Earl Of Sefton Stakes over nine furlongs at Newmarket on April 18th. 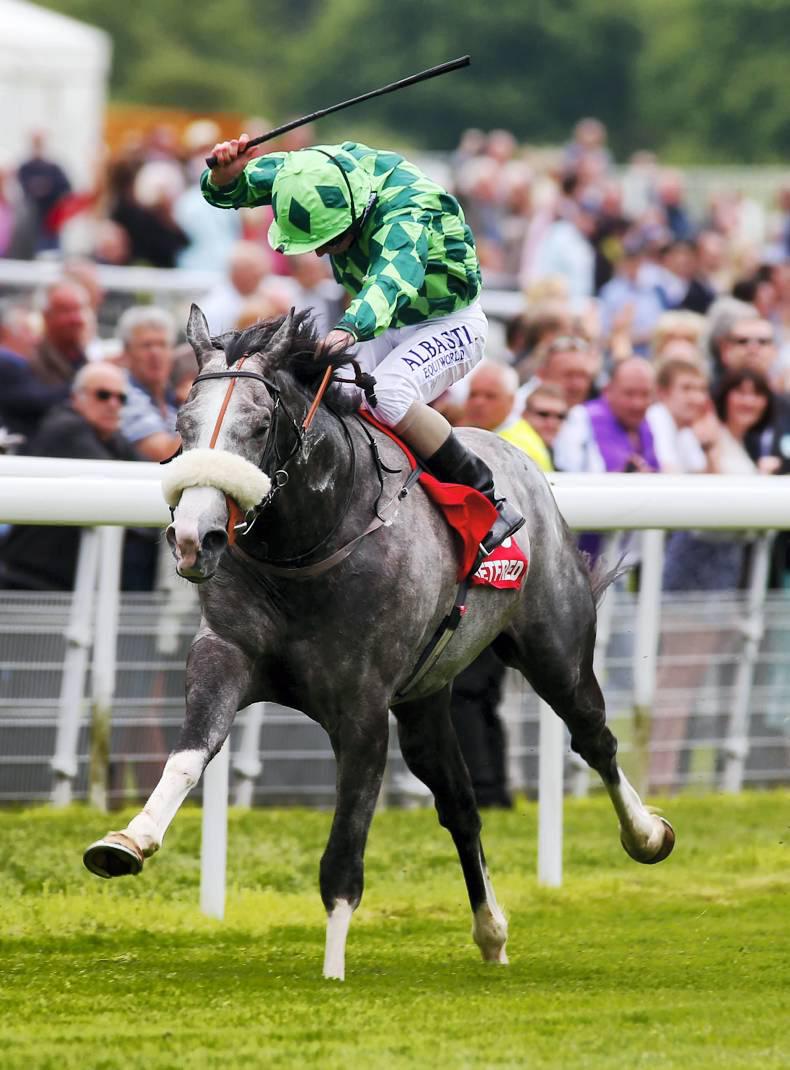 Inside Racing
Gatsby could strike for gold?
By Anne Marie Duff on 03 July 2015
More in Latest News
News FREE
NEWS: Nickajack Cave bags Ballyroan honours
News FREE
NEWS: Alpine Star has Deauville date on her radar
News Field +
Deal secured for extension of ITV Racing coverage until 2023
Classifieds
Place ad
Get full unlimited access to our content and archive.
Subscribe to The Irish Field
Unlimited access to The Irish Field via your computer, mobile device, tablet or newspaper delivered to your door.
Subscribe now +
Already a subscriber? Sign in