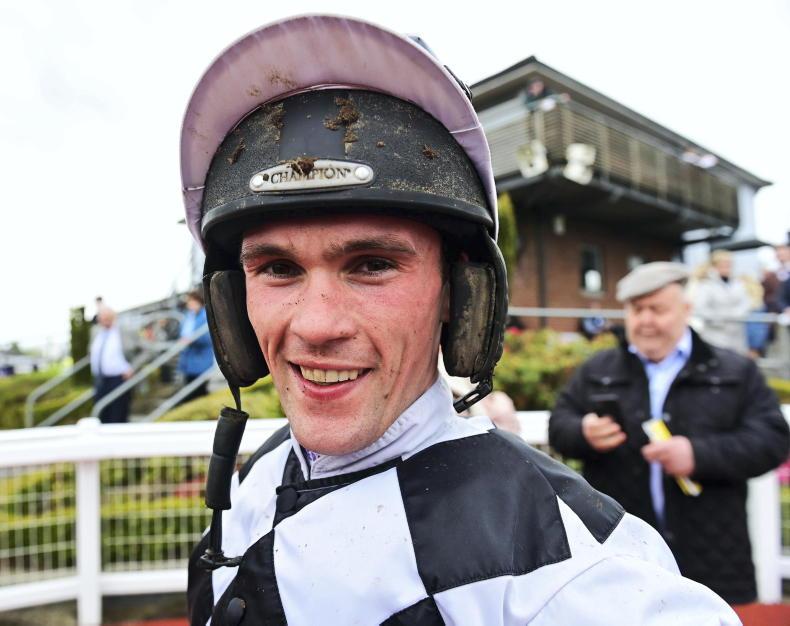 IT has been good to see jockey Simon Torrens back among the winners recently and, in the past week, he has been first past the post twice.

On Tuesday, Torrens rode at Sligo when he partnered the Emmet Mullins-trained The Shunter to victory in the concluding one-mile, five-furlong maiden.

Last July, the Co Tyrone-born jockey finished fourth on the 2013 Stowaway gelding in the Galway Plate.

Dylan Browne McMonagle recorded three wins during the week, his biggest success coming last Sunday in Naas where he won the Listed Sole Power Sprint Stakes on the three-year-old Footstepsinthesand filly Brostaigh who is trained by his boss, Joseph O’Brien.

Across the water, Brian Hughes partnered four winners over jumps while Danny McMenamin returned to the number one spot twice.

At home, Caledon trainer Andy Oliver sent out two winners this week, the second on Tuesday at Sligo where the three-year-old Mukhadram filly Gradulations justified favouritism in the extended 10-furlong auction maiden in the colours of the trainer’s wife, Saffron.

On the breeding front, the P. Turley & Sons-bred seven-year-old Good As Hell (Shantou – Irish Molly, by Tikkanen) won the opening two and a half-mile maiden hurdle at Wexford on Saturday;

The following afternoon, at Ripon, the David Laverty-bred three-year-old Miss Britain (Dandy Man – Britain’s Pride, by Royal Applause) landed the concluding six-furlong handicap; while at Killarney on Monday, the six-year-old Rockanrye (Court Cave – All But Two, by Zaffaran) carried the colours of her breeder, Patsy Murphy, to victory in the two-mile, six-furlong mares’ maiden hurdle.

Out and about in Balmoral

AMONG those watching the Racehorse to Riding Horse class in the Main Arena at Balmoral Show last Thursday week were Downpatrick trainer Brian Hamilton and his wife Michelle. Sidelined jockeys Sam Ewing and Oisin Orr were also in attendance. Sam’s father Warren once owned and trained the class winner, Easy Pleased, and he too visited the show while it was good to see Denis Macauley among spectators in the Members’ Pavilion.

Stewards on duty in the ring included Alistair McDonald, who has successfully exhibited former racehorses in the past, and Brian Polly whose Glenallen Homes sponsored the best turned-out prizes in the hunter section.

Another trainer spotted was Kildare’s Arthur Moore who was less concerned about the judging decisions of fellow trainer Willie Mullins and former British champion jockey Richard Johnson, but more interested in the Clifden high performance Connemara qualifier in which his granddaughter, Holly Ross, finished sixth. 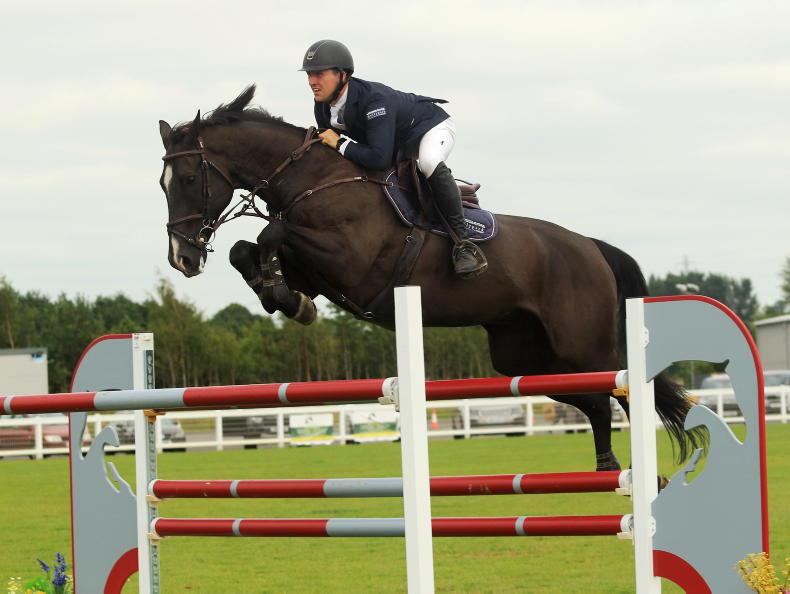 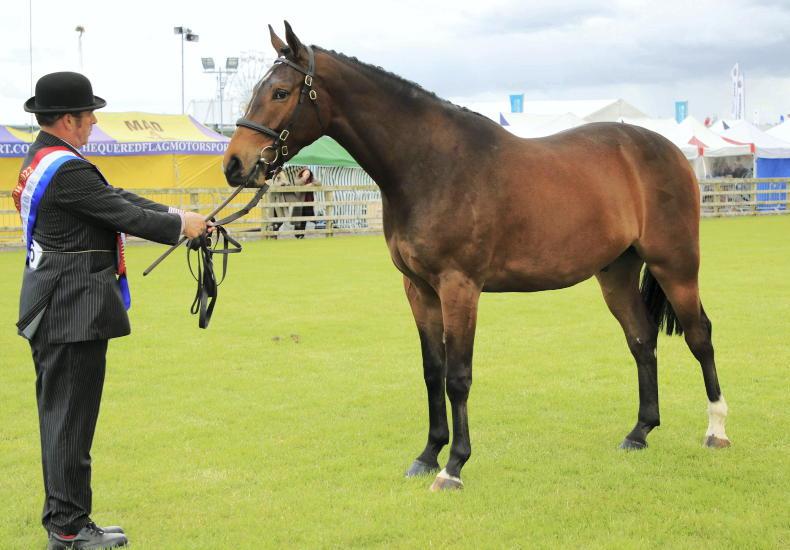 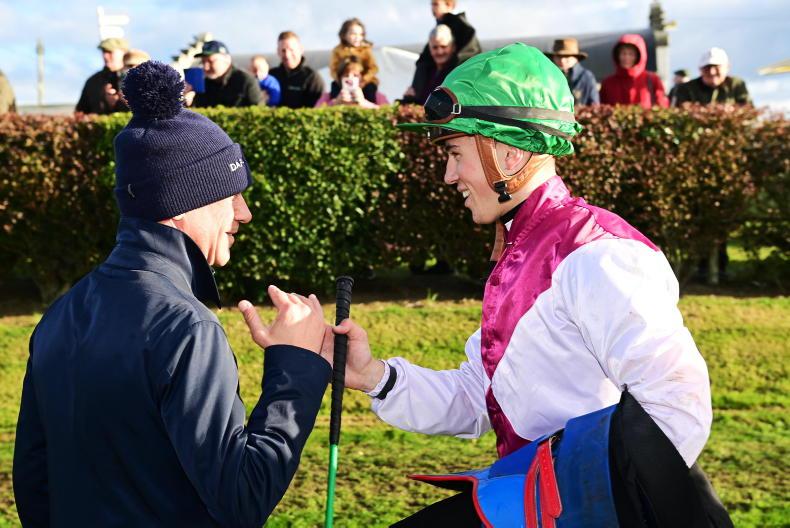 Margie McLoone
MARGIE McLOONE: Four more for McMonagle
Dylan Browne McMonagle was on the mark from Cork to Bellewstown with Sam Ewing and Simon Torrens also among the winners 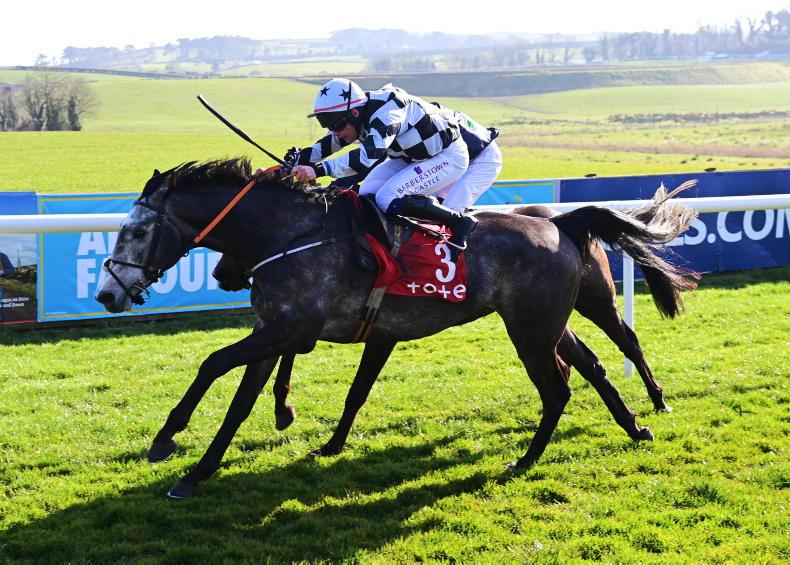