A one-time owner of the Highways Hotel in Larne, Tom was the face of Topping Meats and was known to most beef farmers in Co Antrim 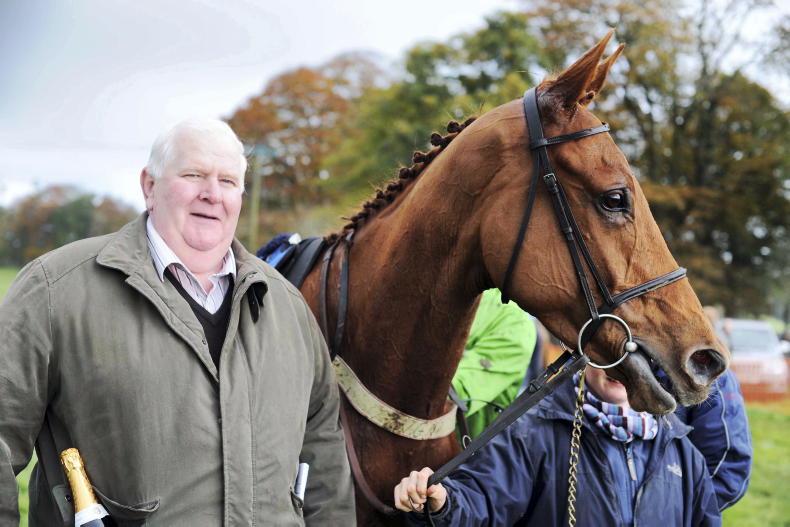 IT was sad to learn of the death in a suspected farm accident on Monday of racehorse owner Tom Topping, one of the sport’s larger than life characters.

A one-time owner of the Highways Hotel in Larne, venue for the long-defunct, legendary wild northern region point-to-point riders’ dance, Tom was the face of Topping Meats and was known to most beef farmers in Co Antrim. He used to sponsor races at point-to-points under the Topping Meats banner.

One of the best horses he owned was Southsea Native who won a five-year-old maiden at Loughbrickland in February 1999 when trained by Billy Patton whose son Robert was in the saddle as he was when the son of Be My Native won his bumper on his track debut at Fairyhouse that Easter.

The bay landed his maiden hurdle at Down Royal’s Boxing Day meeting but sadly suffered a fatal injury at Navan the following March.

Among other horses to carry Tom’s colours to victory over the years were Better Blue, Gauppo Boy, Rowdy Rascal, Fast Gun, Gris Lord and Yes Tom with the training duties remaining local but switching from Patton to Stuart Crawford.

Married to the late Rae, Tom is survived by his daughter Louise and sons Kenneth and Alan.

A service of thanksgiving is being held in his house today at 2.30pm and afterward to Gynn Cemetery.