Just one final step...
You must confirm your email address by clicking on the link we’ve sent to your email address.
You are only one short step away from reading 5 free Field+ articles.
LEOPARDSTOWN: Carlingford Lough out for number three

LEOPARDSTOWN: Carlingford Lough out for number three
By Irish Field Contributor on 07 February 2017
Gigginstown House Stud own three of the likely dangers to the J.P.McManus contender for the Stan James Irish Gold Cup

Carlingford Lough (5/1) features among the 10 horses remaining in the Stan James Irish Gold Cup at Leopardstown on Sunday. Successful in this race under A.P. McCoy in 2015 and Mark Walsh last year, the John Kiely-trained 11-year-old was running for the first time since winning the Punchestown Gold Cup in April 2016 when fourth to Jezki over hurdles at Navan last month.

The season’s leading trainer Gordon Elliott is chasing his first win in this race and he looks set to be represented by much-improved Empire Of Dirt (4/1), one of three Gigginstown House entries, and who is the winner of his last three races and certainly worthy of this step-up in class after his clear-cut success in the Troytown Handicap Chase at Navan in November. The Stan James ante-post favourite Don Poli (5/2) could also run for Elliott; he bounced back to form when chasing home Outlander in the Grade 1 Lexus Chase at the Leopardstown Christmas Festival.

Road To Riches (16/1) finished runner-up to Carlingford Lough in this race last year and he could again carry the hopes of Noel Meade while Jessica Harrington has left in Sizing John (13/2) who would be trying this trip for the first time if taking his chance. He won the Grade 3 Kinloch Brae Chase at Thurles last month. Both Minella Rocco (4/1) and More Of That (16/1) could represent Jonjo O’Neill in the race while also standing their ground are Vincent Halley’s Arctic Skipper (100/1), Fine Rightly (100/1), trained by Stuart Crawford and the Andy Lynch-trained Zabana (9/1).

The €80,000 Grade 1 Spring Juvenile Hurdle sees 14 horses standing their ground and Willie Mullins, who was responsible for the first three horses home in this race in 2016 and the first two the year before, has left in his impressive course and distance winners Bapaume and Meri Devie. Bapaume beat Joseph O'Brien’s Landofhopeandglory, Gordon Elliott’s Mega Fortune and Zig Zag, also trained by O’Brien, to win the Grade 2 Knight Frank Juvenile Hurdle at Leopardstown at Christmas and an intriguing clash between the quartet is still on the cards.

The Grade 1 Deloitte Novice Hurdle has 12 remaining entries. Saturnas landed the Grade 1 Paddy Power Future Champions Novice Hurdle at the Leopardstown Christmas Festival. The pick of the opposition to the Willie Mullins could be Barra, so impressive in winning her maiden hurdle at Fairyhouse for Gordon Elliott last month.

The Jessica Harrington-trained Our Duke, successful in the Grade 1 Neville Hotels Novice Chase at Leopardstown at Christmas, heads the remaining eight entries for the Grade 1 Flogas Novice Steeplechase. Unbeaten in two starts over fences, the exciting seven-year-old could face Bellshill who is also unbeaten in two starts over fences, Ball D’Arc, so impressive for Gordon Elliott at Fairyhouse last time and Henry de Bromhead’s Balko Des Flos.

The outstanding On The Fringe heads the initial entries for the Leopardstown Inn Hunters Chase. Although beaten in this race last year, Enda Bolger’s star went on to complete a magnificent treble at the Cheltenham, Aintree and Punchestown festivals for the second successive year and he could face a maximum of nine rivals, including Salsify who finished third in this race 12 months ago and Foxrock who was impressive when winning at Down Royal on St Stephen's Day and again at Thurles in January.

Pat Keogh, CEO Leopardstown commented: “Stan James Irish Gold Cup Day holds a very special place in the hearts of racing fans. We will watch in anticipation as Carlingford Lough bids to become the fourth horse to win the Stan James Irish Gold Cup three times, like Jodami, Beef Or Salmon and Florida Pearl. It is an excellent day’s racing with strong entries in every race.”

Racing on Sunday starts at 1.30pm and the going is currently soft.

Click here to see the full entries for Leopardstown on Sunday 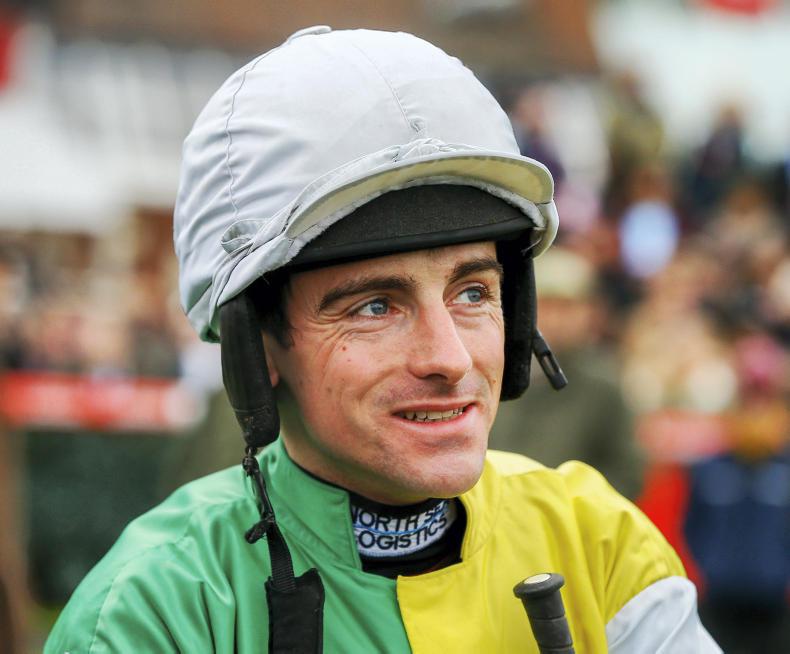 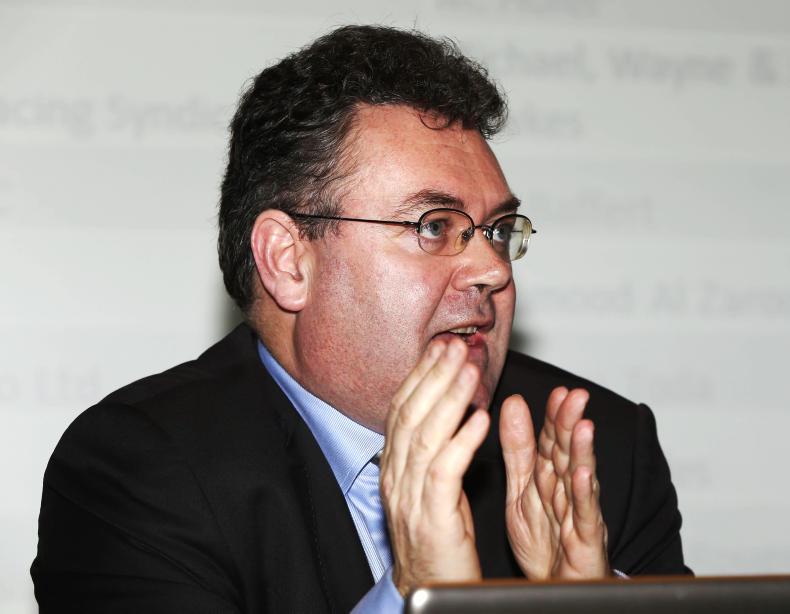 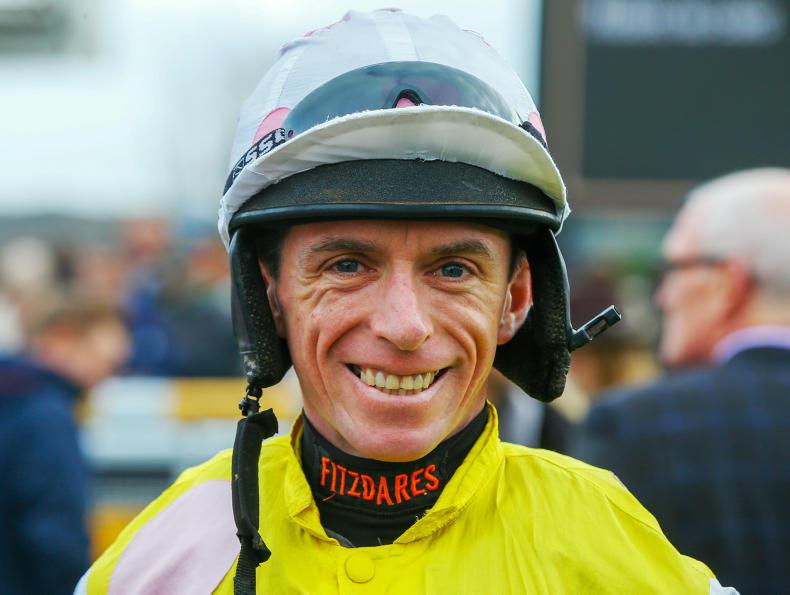 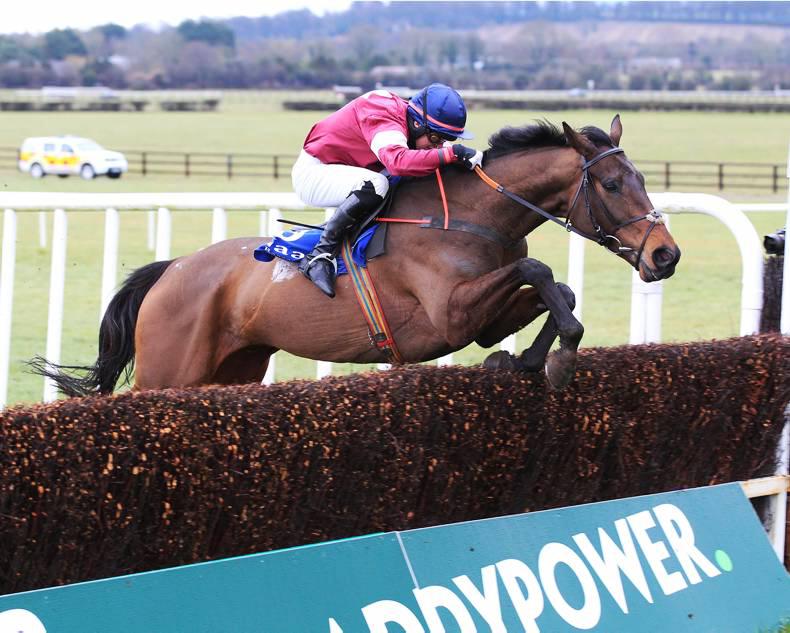 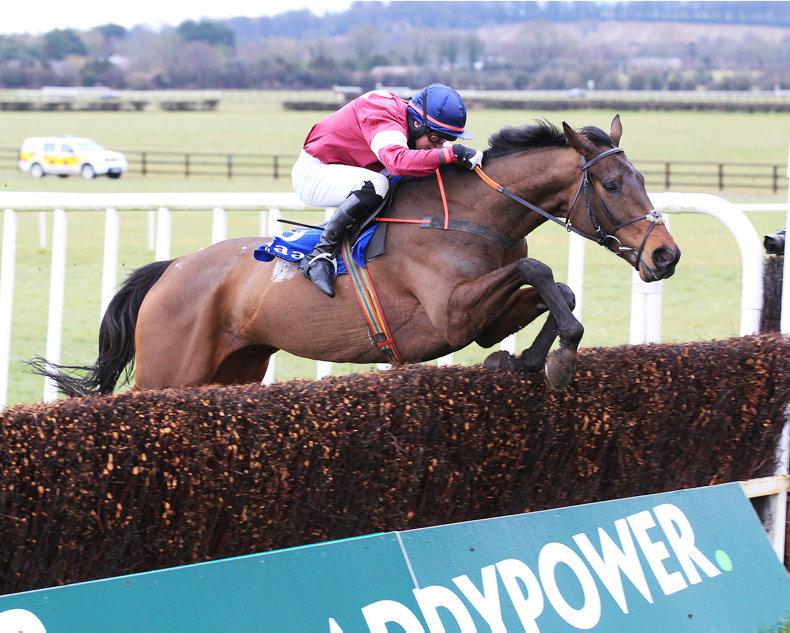 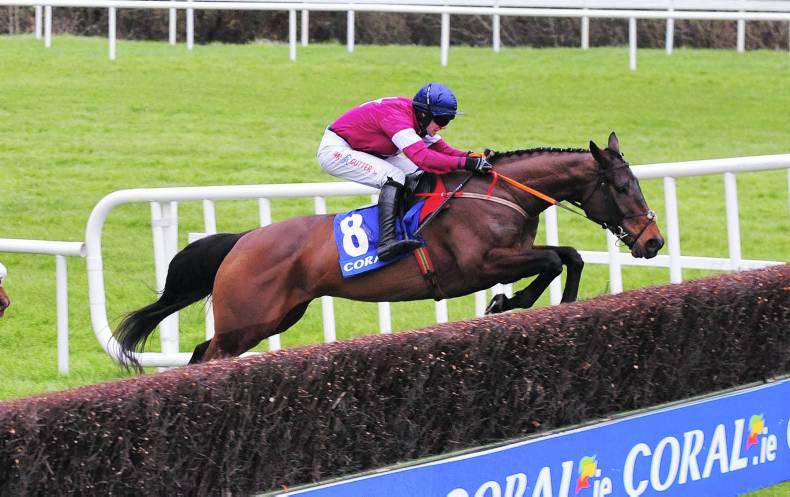