The southeast hosted a double bill of action in the Leinster Summer Tour last weekend. 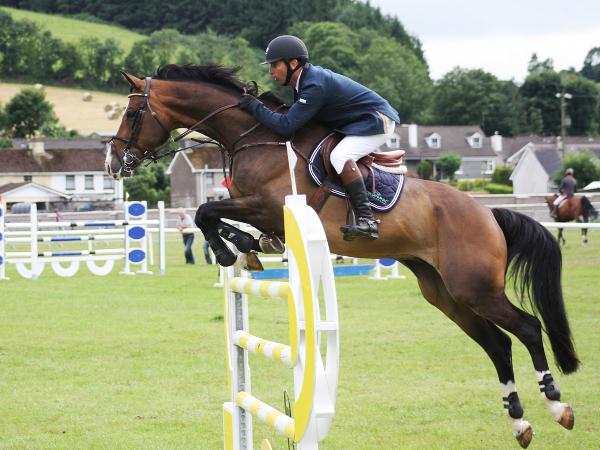 Warrington Equestrian Centre played host to the fifth round of the series and riders from the host county dominated the competition, filling seven of the top eight places, with the elusive winner’s rosette going to Kieran Carey riding the nine-year-old Swedish Warmblood Hip Boy. One of five double clear rounds at the finish Carey and the son of Hip Hop finished in 39.80 seconds to take the win.

Eddie Moloney finished as runner-up with his own Harlequin mare Pashmina K when clear in 40.31 while Ger O Neill took third place with the seven-year-old gelding Hyakari.