Just one final step...
You must confirm your email address by clicking on the link we’ve sent to your email address.
You are only one short step away from reading 5 free Field+ articles.
Laurens supplemented for QEII at Ascot

Laurens supplemented for QEII at Ascot
By Irish Field Contributor on 15 October 2018
Roaring Lion, Stradivarius, Lah Ti Dar and Harry Angel all among the stars set to run next Saturday on Chamions Day

Laurens has been supplemented, as expected, for the Queen Elizabeth II Stakes at Ascot on Champions Day.

Karl Burke’s superstar proved her well-bring in an exercise gallop on Sunday, and owner John Dance stumped up the £70,000 fee.

She is due to be reunited with P.J. McDonald, who has missed her victories in the Matron Stakes and Sun Chariot through injury.

John Gosden could switch Roaring Lion from the Champion Stakes if he feels the ground is too soft for him over 10 furlongs, while he has also left in Without Parole.

French challenger Recoletos has been a strong fancy for the race for some time – while William Haggas is looking forward to finally being able to run Addeybb, but he has also left the Lincoln winner in the Champion Stakes.

“He’s been left in the QEII and Champion Stakes. I want to go for the mile. He’s not at his best on fast ground – he’s much better on soft,” said Haggas.

“It jarred him up in the Lockinge, and it took a long time for him to come back. He’s been ready to run for six weeks without finding his right conditions.”

Roaring Lion is one of 14 remaining entries following the five-day confirmation stage for the Qipco Champion Stakes on the same card.

John Gosden’s colt has enjoyed a stellar season, with victories in the Coral-Eclipse, Juddmonte International and Irish Champion Stakes adorning his CV.

He does, however, also hold an entry in the Queen Elizabeth II Stakes over a mile on the same card, and with the ground heavy in places on Monday, Gosden will not make a final decision on his destination until declaration time on Thursday.

David Redvers, racing manager for Roaring Lion’s owners, Qatar Racing, said ahead of what is the centrepiece of Qipco British Champions Day: “John Gosden and I are walking the course on Thursday morning and a decision will be made then.”

Gosden said: “He would be the very legitimate favourite for the Qipco Champion Stakes, but would not want it very soft or heavy.

“He’s got the class and speed to run over that mile (QEII)if that were the case and we’ll keep an eye on what’s around us (weather wise).”

One horse who will love the testing ground is Gosden’s defending champion Cracksman, while the Clarehaven handler has also left in Monarchs Glen and Maverick Wave.

Sir Michael Stoute’s Crystal Ocean will be dropping in trip, with Mirage Dancer also left in by the Freemason Lodge trainer.

Last year’s St Leger winner Capri is one of five contenders for Aidan O’Brien and Jim Bolger’s Verbal Dexterity is also in the mix for Ireland.

He will take on Stradivarius, winner of the inaugural Weatherbys £1million Stayers Bonus. Only 10 remain in the Long Distance Cup and they include the Willie Mullins-trained Doncaster Cup winner Thomas Hobson.

Gosden’s colt, owned by Bjorn Nielson, was a little below his best when completing the final leg of the incentive at York but has been freshened up since.

“He’s in tremendous form and really benefited from having had a bit of time off. I’m absolutely thrilled with him. It was publicised that he and Cracksman worked together recently, and this will be his final race of the year,” said Gosden.

“He’s best on top of the ground, but he handles soft.”

In the Qipco Champions Sprint, the Fozzy Stack-trained Son Of Rest has been supplemented – meaning 17 are in the mix, including last year’s winner Librisa Breeze and 2016 hero The Tin Man.

Harry Angel will be aiming to break his Ascot hoodoo, while Sir Dancealot and Limato are possibles, but the latter must already be deemed a doubtful runner because of the likely soft ground.

Lah Ti Dar, whose exploits have already been overtaken by her brother Too Darn Hot – despite him being a year younger – has a chance to claim her own Group One in the Qipco Fillies & Mares Stakes.

Gosden could also run Coronet in a race where the confirmations are dominated by O’Brien – the Irishman holding eight of the 14. They include last year’s winner Hydrangea.

Andre Fabre’s Kitesurf and Luca Cumani’s God Given are among the dangers.

Flaming Spear is top weight in the Balmoral Handicap.

Ascot’s clerk of the course Chris Stickels expects Champions Day to take place on soft ground. More rain has fallen in the past 24 hours at the course than in the whole of September.

The ground is currently a mixture of soft and heavy for Saturday – and while not too much more rain is forecast throughout the week, Stickels is not expecting it to dry up dramatically.

He said: “There’s only a couple of millimetres forecast for the rest of the week after today – there’s a chance we could get a little bit more today.

“There’s a chance of two millimetres on Wednesday. But other than that it looks dry, so my prediction is soft ground on Saturday.

“I’d expect to see an improvement, given the forecast, but you don’t get much drying at this time of year.

“We haven’t seen that volume, over 40 millimetres, for ages. We wouldn’t have had it in the whole of September, so it’s quite heavy.”

The Irish Field NEWS app is the quickest way to keep up to-date with what’s happening in the equine sector.

Not only will you find all The Irish Field’s newspaper content on the app but you’ll also see daily updates from the racing, bloodstock and equestrian worlds. It also contains all today's racecards and results.

The Irish Field NEWS app is free to download and there are always plenty of ‘free’ articles to read. It only takes a minute to register so you can read five Field+ articles at no charge.

It’s easy to share articles with your friends too. Download and review The Irish Field NEWS app today to your tablet and smartphone.

TOP RACING & BLOODSTOCK NEWS IN THE IRISH FIELD EVERY WEEKEND 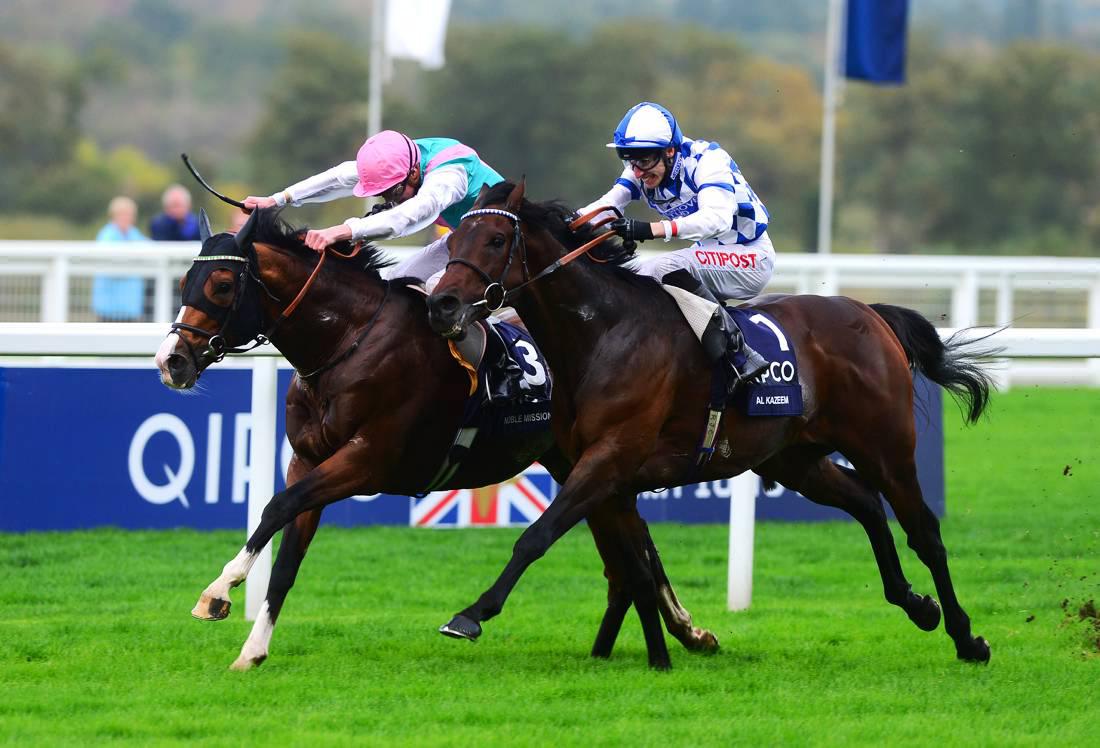 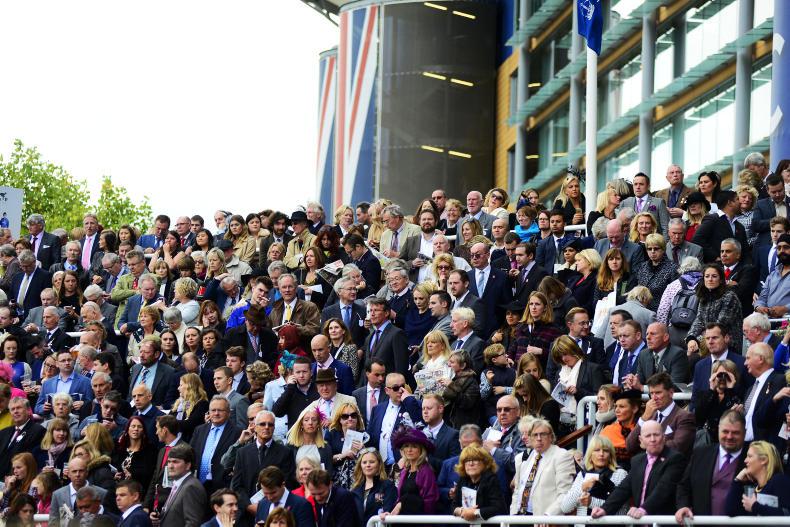 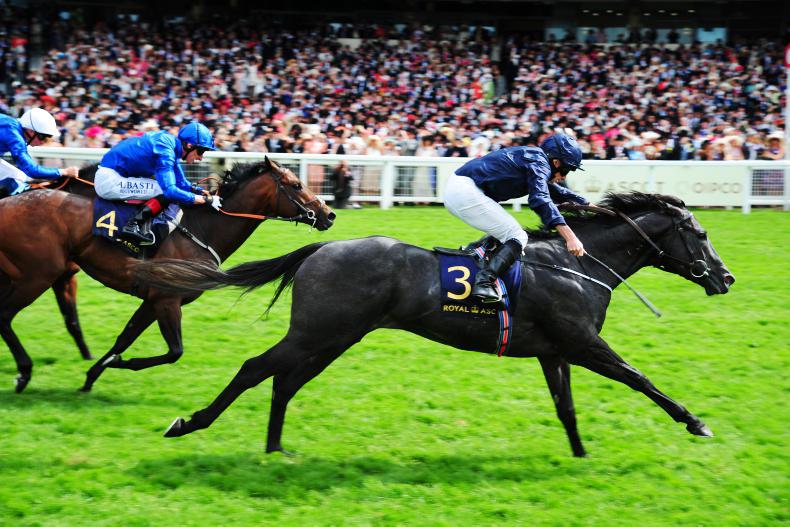