Just one final step...
You must confirm your email address by clicking on the link we’ve sent to your email address.
You are only one short step away from reading 5 free Field+ articles.
Lar Byrne reflects on glory days with Hardy Eustace

Hardy by name and by nature, Hardy Eustace can rightly be considered as one of the greatest hurdlers of the last 20 years.

Bought for 21,000 guineas by the late great Dessie Hughes as a four-year-old store horse in 2001, the son of Archway – who celebrated his 23rd birthday at the weekend – went on to play a major role during what was a golden era for the two-mile hurdling division from the early to mid noughties.

Multiple clashes between Hardy Eustace, the equally tough Brave Inca, the mercurial Harchibald and the top-class Macs Joy are ingrained in racing folklore.

“It seems like a lifetime ago in some ways, but in others it seems like the other day,” said Byrne.

“There was some unbelievable hurdling talent for those few years, it really was incredible.

“Then you throw Macs Joy and Harchibald into the mix as well – unbelievable.”

Hardy Eustace began his career in the bumper sphere before graduating to novice hurdles during the 2002/03 season.

Victory in the Royal Bond at Fairyhouse, a subsequent triumph at Leopardstown and a runner-up finish behind the brilliant mare Solerina earned him a first trip to the Cheltenham for what is now the Ballymore Novices’ Hurdle.

It proved to be an emotional success for Hardy Eustace, as his rider, Kieran Kelly, tragically died after being critically injured in a fall at Kilbeggan just five months later, at the age of 25.

“We went to Cheltenham that first year with confidence as we knew we had a good horse, but we were by no means saying we were going to win the race as there were plenty of classy horses in it – horses like Pizarro, who had won the Champion Bumper the year before,” said Byrne.

“The first horse off the bridle at the top of the hill was Hardy Eustace and I remember thinking ‘what are we doing here’, but he came back on the bridle coming down the hill and he just showed from there he was as tough as teak.”

Hardy Eustace disappointed on his next start at Aintree, which set the tone for a largely underwhelming campaign the following season.

“He had a very mixed year,” Byrne recalled.

“He won on the Flat in Navan, but he didn’t actually win a race over hurdles before he went to Cheltenham. I remember him finishing last in Leopardstown over Christmas, but Conor O’Dwyer and Dessie were thrilled with him.

“I went home that night scratching my head and thinking ‘this fella’s a no-hoper’, but Dessie and Conor knew what they had.”

As a result of his winless streak, Hardy Eustace returned to Cheltenham as a largely unconsidered 33/1 shot for the 2004 Champion Hurdle.

Plenty felt he should be going down the handicap route, but the boldness of connections proved well founded as Hardy Eustace powered to a five-length verdict over the defending champion Rooster Booster.

“All the experts in racing were saying ‘it’s such a shame you’re throwing away the chance of winning a race in Cheltenham. You’ll win the Coral Cup, but you’ve no chance in the Champion Hurdle’.

“Dessie kept telling me ‘this fella has as much speed as any of them and he deserves his chance to be there’. The rest, as they say, is history.

“When Rooster Booster came up it looked like it was all over, but our fella only pulled out more from the back of the last and ended up winning by five lengths.”

The following March, Hardy Eustace returned to the Cotswolds well fancied to claim back-to-back victories. What followed was one of the most unforgettable races in Cheltenham Festival history.

Byrne’s pride and joy adopted his customary pacesetting role under Conor O’Dwyer before being joined by his old foes Brave Inca and Harchibald on the run to the final flight.

It looked for all the world that Harchibald would emerge triumphant under a motionless Paul Carberry, but while Harchibald’s response to Carberry’s late urgings was limited at best, Hardy Eustace knuckled down for O’Dwyer to win a thriller by a neck.

“On the lead up to this year’s Champion Hurdle, I saw the replay of the Hardy Eustace/Harchibald/Brave Inca battle of 2005 a good few times on the TV. It certainly makes the hairs on the back of your neck stand up,” said Byrne.

“I was standing just behind Dessie and Noel Meade watching the race and Dessie actually thought Harchibald had got up on the line. The next thing all the cameras were all on Hardy and they confirmed he’d held on – it was just pure magic.

“They’re great memories. To go to Cheltenham three years in a row and be lifting the trophy every time is amazing.

“He was third and fourth in the next two Champion Hurdles and I think he showed up at seven Festivals in all and never disgraced himself.

“He was a phenomenal horse to be involved with.”

A runner-up finish at Punchestown on New Year’s Eve in 2009 proved to be Hardy Eustace’s swansong and for the last decade he has been enjoying a well-earned retirement at the Irish National Stud in Kildare.

Joined by fellow racing heroes Beef Or Salmon, Hurricane Fly and Rite Of Passage, Hardy Eustace is part of the stud’s ‘Living Legends’ team and is reported to be in rude health at the age of 23.

Byrne said: “He’s looking remarkably well and he’s getting the VIP treatment along with all his mates – he’s keeping good company, that’s for sure!

“I think they all know they’re bit special and it’s great for the general public that they’re able to go and see them. It is a lovely idea to salute the legends and Hardy is certainly one of those.

“I don’t go and see him as often as I should, to be honest. I haven’t been this year yet, but once this virus has gone and we can all escape again, I will certainly put it on the list to go and visit.” 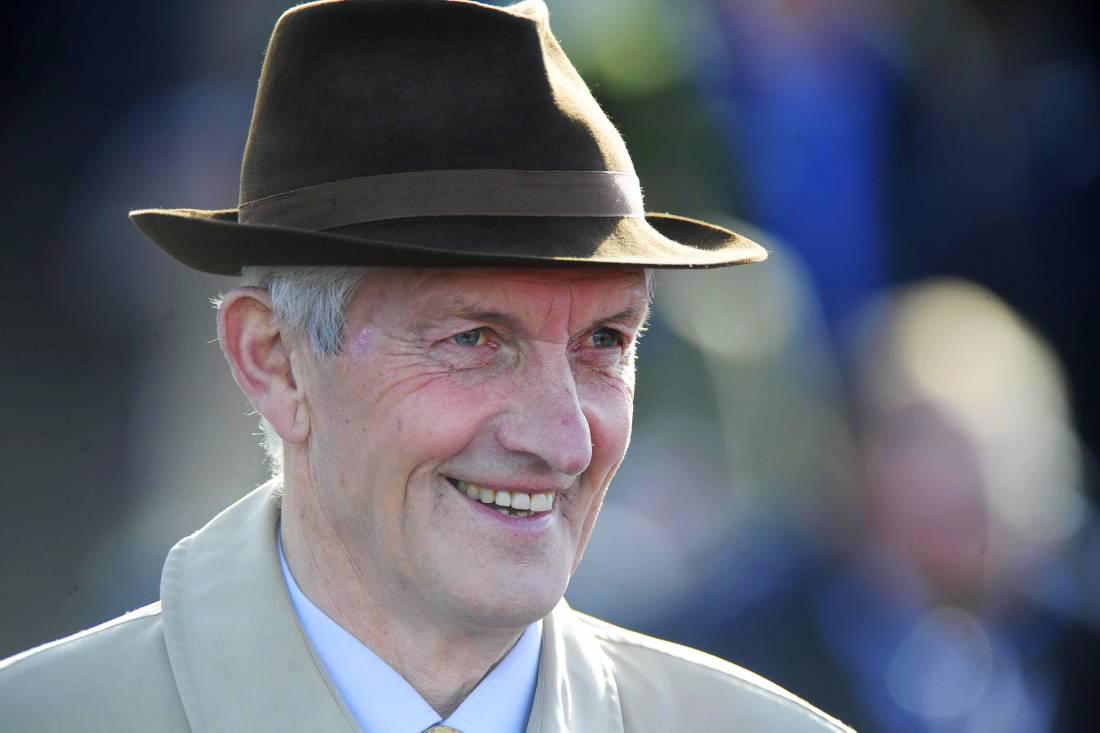 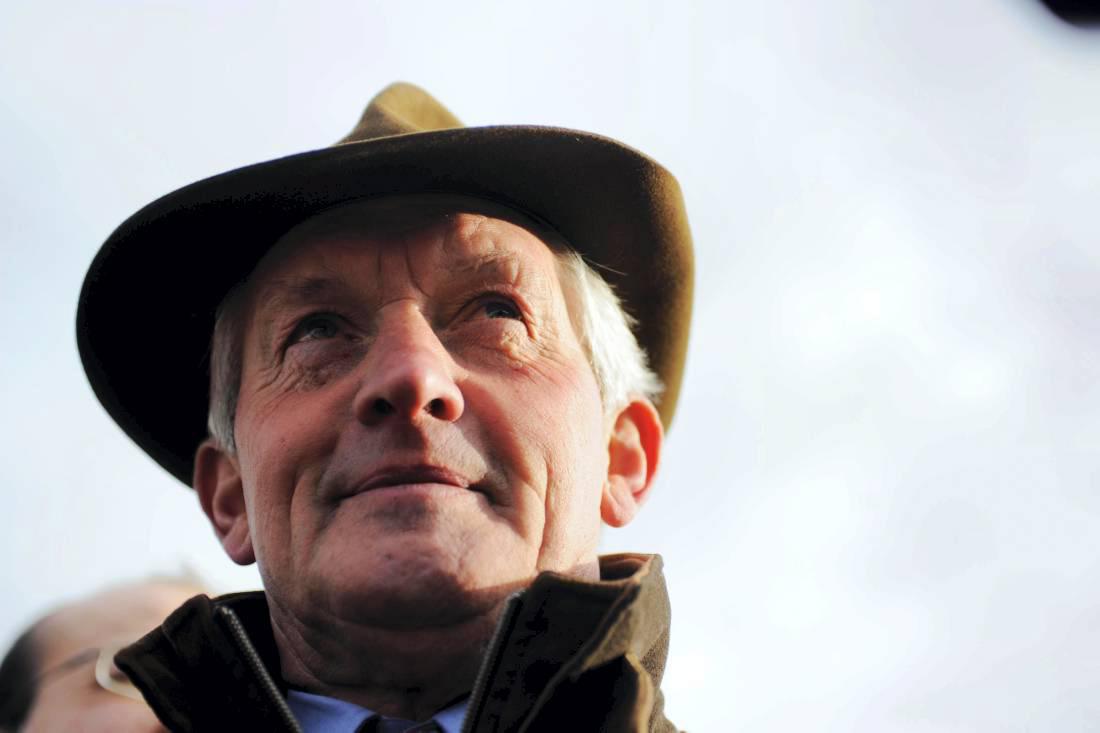 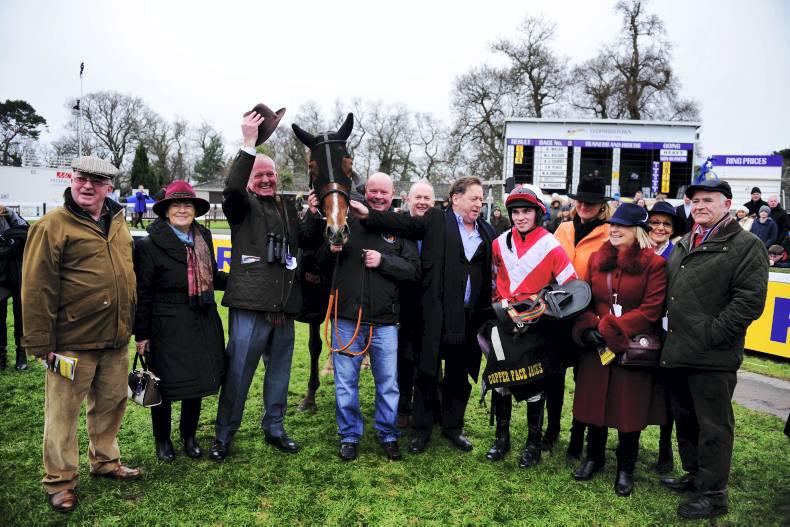