Just one final step...
You must confirm your email address by clicking on the link we’ve sent to your email address.
You are only one short step away from reading 5 free Field+ articles.
KEVIN BLAKE: Cobalt cases best treated with caution for now

KEVIN BLAKE: Cobalt cases best treated with caution for now
By Kevin Blake on 20 January 2015
A batch of horses trained by some of the top names in Australian racing have failed drug tests but there may be more to this than meets the eye

The issue of drugs in horse racing hit the headlines again during the week, this time on a very high-profile stage in Australia.

It was revealed that a total of five horses in the care of leading trainers Peter Moody, Mark Kavanagh and Danny O’Brien all showed excessive levels of cobalt when racing in Victoria uring October amd November.

Cobalt may not be a familiar substance to many racing fans in this part of the world, but those who follow the issue of drugs in racing will have come across it, as it has been a talking point in both Australian and American racing in recent years.

In brief, cobalt is a naturally-occurring element that is contained in many vitamin and feed supplements but, when given in high enough doses, it is claimed it has a similar effect to that of the blood doping agent EPO. It is also claimed that high doses of cobalt can have potentially fatal side effects.

The word “claimed” is important here, as while many members of the press and public are inclined to trumpet the supposed performance benefits of substances such as cobalt when cases like this break, the reality is that there is very little scientific evidence relevant to thoroughbred horses to support such claims.

The vast majority of claims have their origins in scientific studies on humans and lab rats. For me, presumptions that substances will affect thoroughbred horses in the same way are ill-advised.

These cases have only just broken and, as always, caution is the best policy when discussing a case in which all the details have yet to become clear. Cobalt abuse in thoroughbreds is a relatively new phenomenon and threshold levels have only started to be introduced very recently.

It was only in April of last year that a threshold was introduced in Victoria (where all three of the horses tested abnormally) and it only came into play on a nationwide level in Australia as recently as January 1st. How appropriate these threshold levels are is sure to come under significant scrutiny as these cases play out.

Mind, if I was to speculate, I personally find it very hard to believe that not just one but three high-profile trainers would be so stupid as to knowingly administer excessive levels of cobalt just months after a threshold was established for the first time.

Given the clustering of the excessive readings, my view would be that these cases have the hallmarks of a batch of contaminated feed or supplements rather than anything more sinister, but time will reveal all.

THE shortcomings of the British whip rules were discussed at length in last week’s column and the issue continues to rumble on. The whip rules were seemingly changed in an effort to improve the public’s perception of whip use in racing, but the changes made are resulting in far more press coverage of the whip than there ever was under the previous rules.

The two-day ban that Lizzie Kelly picked up for giving the difficult Wayward Frolic two slaps to keep his mind on the job when well clear on the run-in at Leicester prompted an outcry amongst both the racing public and the racing media.

Even more controversial is that almost two weeks after Aidan Coleman gave Emperor’s Choice an excellent ride to win the Welsh Grand National by a short-head, the BHA announced that he would be called to an enquiry regarding a potential breach of the whip rules. At this stage, the BHA are running out of feet to shoot themselves in.

Here’s the thing. These rules have been implemented to improve public perception of whip use. The pointlessness of such an objective was discussed in this space last week but, just to play devil’s advocate, could someone please point me in the direction of anyone who was offended or outraged by the manner in which Lizzie Kelly or Aidan Coleman used their whips?

I personally didn’t come across a single negative comment on the racecourses or on social media. These rules are trying to solve a non-existent problem and are creating a new and much more damaging issue by constantly drawing the focus onto whip use in the aftermath of races.

Indeed, the wrongheadedness of the BHA’s approach to this issue is likely to be hammered home to them this week as, not only did Aidan Coleman’s ride not offend or outrage, on the contrary it prompted a nomination for Ride of the Month on At The Races.

There has already been an outpouring of support for his nomination on social media and I suggest that if you wish to highlight your distaste for the whip rules in Britain, it is worth taking a few seconds to vote for him at this link:

Following my blog on the whip issue last week, one tweeter posed the question to me: “Have you had a whip cracked across your back from Davy Russell? Not once, maybe 10 or 15 times? Tell me then it doesn’t hurt.”

This is the mistake that so many make in so many aspects of horse racing, they humanise horses too much. Most people’s idea of testing the severity of a whip is slapping it down on the palm of their hand or maybe even across their own “hind quarters”, but this just isn’t comparable to reality on any number of levels.

In a race, a thoroughbred has adrenaline coursing through their bodies and, as any person who has competed in a contact sport will tell you, pain just doesn’t register nearly as much in the height of battle as a result. Not to mention the obvious fact that horses have a thicker skin than humans and are far more heavily muscled in the areas that the whip is permitted to be used on than humans are.

If one wants to make physical comparisons to humans, try this one. A typical jockey weighs anywhere from 8% to 15% of the weight of the thoroughbred horse they ride. For a man weighing 12st, an appropriate comparison would be to imagine a little man that weighed no more than the average six-month-old baby clinging to his back and hitting him with a little foam-filled whip. Doesn’t sound so barbaric now, does it?

The natural follow-on question to such a comparison is one of “well if it doesn’t hurt the horses, why is it needed at all?” Again, this makes the same error of humanising an animal which has a totally different physical and mental make-up to humans. Thoroughbreds have been selectively bred for an extremely heightened flight response for hundreds of years. They will flee for even the slightest reason and the whip capitalises on this response, as the motion, impact and noise of it being applied all play on the horse’s natural instinct to flee as quickly as possible.

Perhaps reasoning such as this should be used to explain the realities of the whip to the general public? As was discussed last week, the BHA has completely neglected its responsibilities to their sport by choosing to score points with an uninformed and largely uninterested public rather than doing the right thing and seeking to educate anyone who cares about the realities of whip use in racing. It isn’t too late for the BHA to change their approach to the whip and anyone that cares about the situation should make their voice heard on social media and on the racecourses.

Brough Scott delivered an entertaining speech as the guest speaker at the Moyglare Dinner last week (reproduced in full in The Irish Field last week) and it was refreshing to hear a proposal for improved customer information in racing being made on such a stage.

The first suggestion that Scott made was that the winning time be included in all race results. While this information is already carried in almost all detailed results, the proposal to give times more prominence by adding them to all results along with other essential information such as starting prices and winning distances is a fair request.

However, for such information to be truly useful, the customer needs to have absolute confidence in the accuracy of that information, especially in a game of millimetres such as horse racing. In the case of race times, accuracy relies on two things, the clock and the distance.

In my opinion, it would be worth doing an audit on the timing systems used in Irish racing. I know myself from hand timing races that there are often discrepancies greater than reaction time allows for and I can’t help but be suspicious about the accuracy of some of the timing equipment that is used.

The accuracy of race distances has highlighted in the space on a multitude of occasions, but little seems to be done to address it. There is an abundance of evidence that races are regularly being run over distances that are a long way off what they are supposed to be and, in this day and age, that just isn’t good enough. Until the customers can be sure that the distances are accurate, analysis of times will be a waste of time.

Scott also mentioned in his speech that other sports have powered past racing in terms of popularity. I strongly believe that there is a substantial audience of data-hungry sports fans out there who would absolutely love horse racing and have yet to discover the sport. However, until racing gets its house in order with regard to issues such as the above, those potential fans are likely to stick to sports that have an abundance of data which can be relied on to be accurate.

Comments are welcome via The Irish Field's Facebook page or directly to Kevin Blake on Twitter (@kevinblake2011). The best ones may be published in The Irish Field on Saturday. 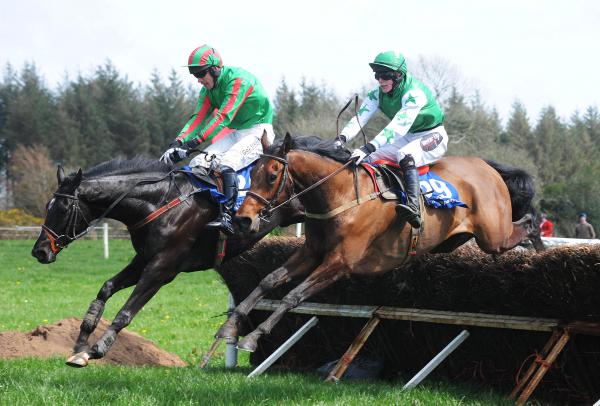 Previews
Aidan Coleman: My hopes for this weekend
By Irish Field Contributor on 24 October 2014
Field + 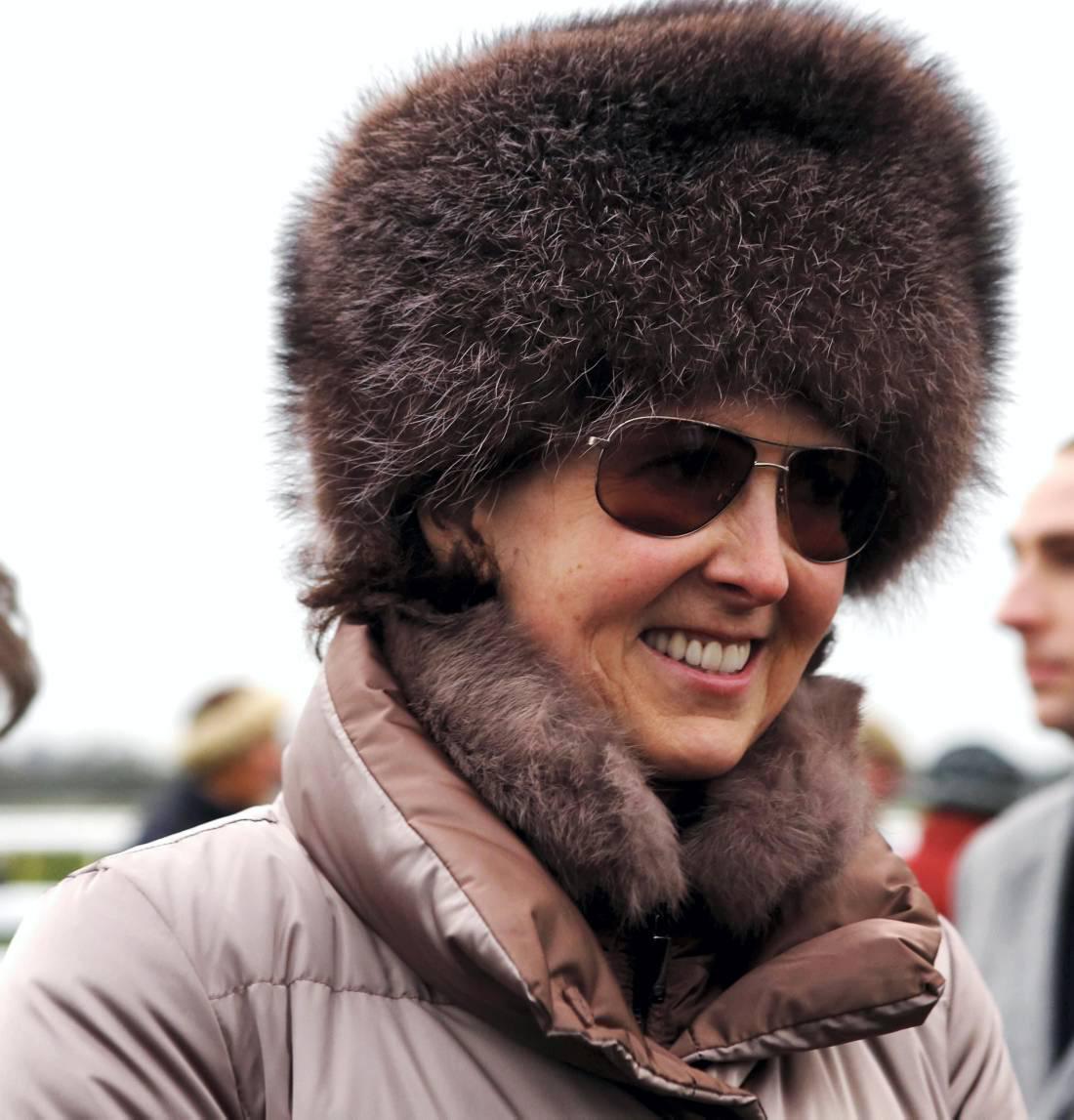 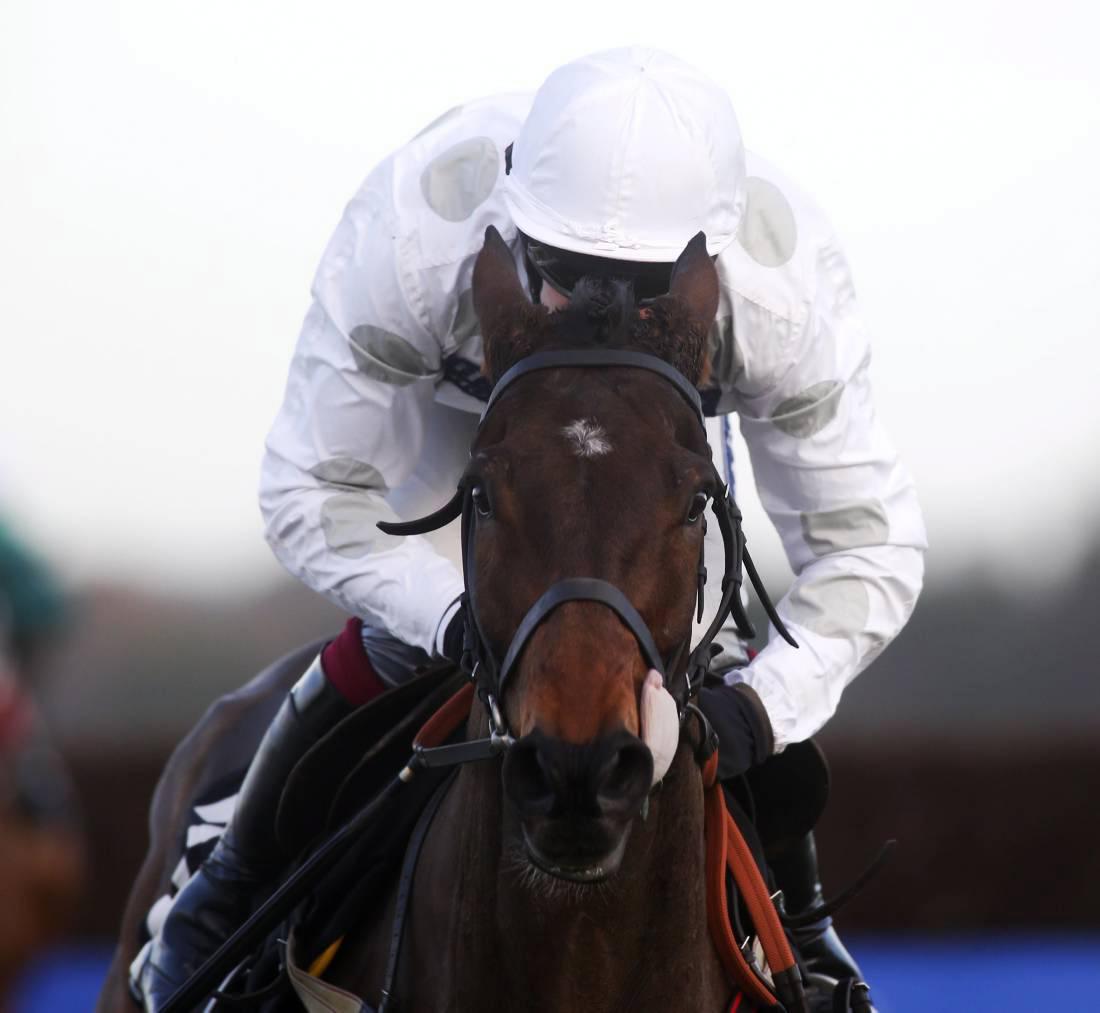 Previews
Lavelle hurdler is the Business
By Irish Field Contributor on 21 November 2014
More in Inside Racing
Racing Field +
THE BIG INTERVIEW: Michael O'Callaghan
Racing Field +
Owners to miss the whole summer as Government pushes back Phase 4
Racing Field +
CLAIRE BARRY: Racing rests on Mary's shoulders
Classifieds
Place ad
Get full unlimited access to our content and archive.
Subscribe to The Irish Field
Unlimited access to The Irish Field via your computer, mobile device, tablet or newspaper delivered to your door.
Subscribe now +
Already a subscriber? Sign in