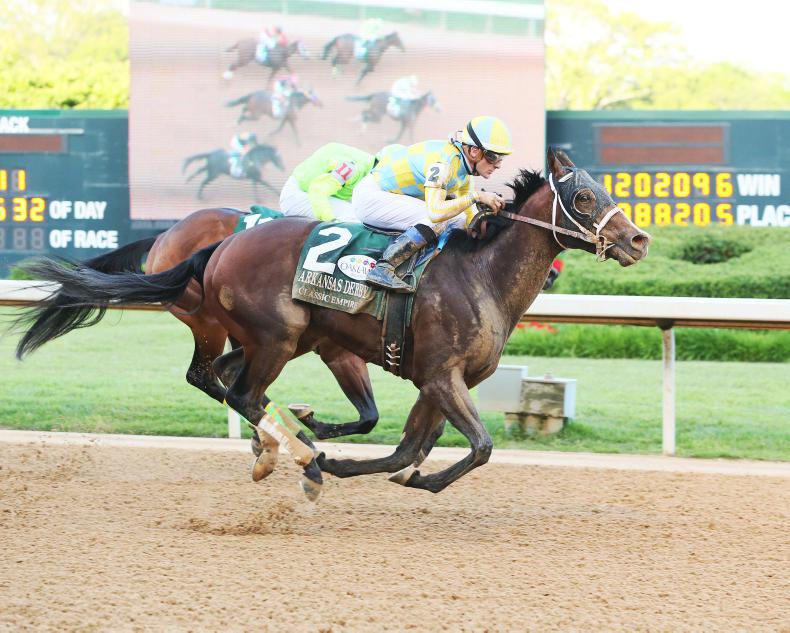 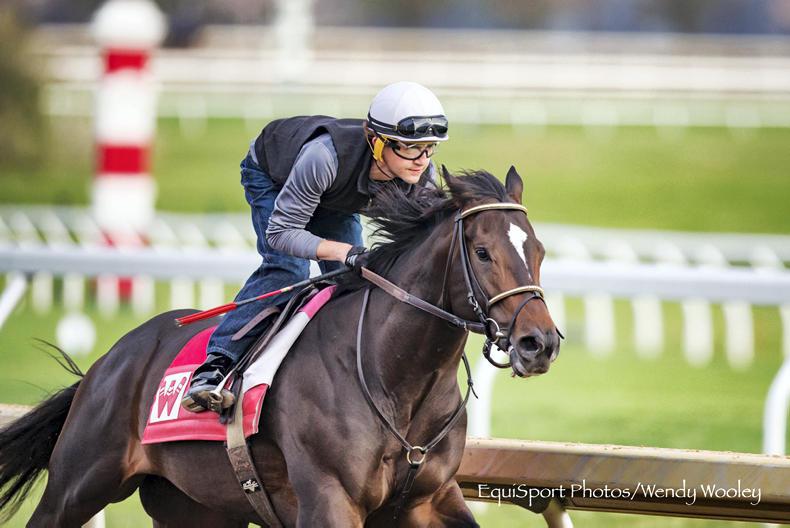 THE 143rd Kentucky Derby attracts a full field of 20 going 10 furlongs at Churchill Downs. As always, there are contenders, pretenders and everything in between. Here’s a look at each starter with the reason they’ll win and the reason they’ll lose.

Why he’ll win: One of the few times that an automatic line doesn’t go through the inside horse, as this colt lags early and makes a belated rally. In his five most recent starts, he’s come running each time and gets another furlong to work with in the Derby. His trainer, Steve Asmussen, has already won 119 races this year, 7,616 in his career and is due for his first Derby win.

Why he’ll lose: He’s faced Classic Empire three times and has yet to beat him, he’s riding a six-race losing streak and drawing the rail, no matter the style, adds to an already big task.

Why he’ll win: Have you seen him? Tall, leggy, long-striding colt should relish the distance. Well-travelled, he rides a three-race winning streak into this, including the UAE Derby at 1 3/16-miles over a muddy surface (check the forecast), which should have tuned for this. And Godolphin is due.

Why he’ll lose: Well-travelled, the son of Helmet has been through an arduous journey to get to Churchill Downs, the miles have to take their toll. Due for a reason…Godolphin hasn’t exactly lit it up in the Derby over the years.

Why he’ll win: Because hell froze over?

Why he’ll lose: Broke his maiden for a $30,000 claiming tag, has never won a race on the dirt, will get burned up in an always hot Derby pace.

Why he’ll win: Asmussen (see above). The addition of blinkers, perhaps, ruined his chances in his most recent start, a sixth behind Classic Empire.

If you ignore his flop with blinkers, he was steady in three consecutive graded stakes this winter and maybe, just maybe, we haven’t seen his best yet.

Why he’ll lose: A plodder without enough ability, he’s 1-for-6 in his career and has failed to threaten the likes of Classic Empire, Girvin and Lookin At Lee in previous meetings.

Why he’ll win: Riding a three-race win streak, he’s the best horse in the race without any visual signs of weakness. He has enough tactical speed to find a sweet spot in the 20-horse tornado. Todd Pletcher and John Velazquez - enough said.

Why he’ll lose: Hmm, let me get back to you on that.

Why he’ll win: Hmm, let me get back to you on that.

Why he’ll lose: He’s 1-for-10 in his career, finished five yawning lengths behind Always Dreaming in the Florida Derby and miracles rarely happen.

Why he’ll win: He’s undefeated in three starts on the dirt. Mike Smith climbs aboard for the first time. Dark bay colt possesses enough speed and enough stamina to bridge the gap between the pacesetters and closers.

Why he’ll win: Asmussen (see above, above). Two-time winner closed from well back in the Sunland Derby to book his ticket to the Derby. Florent Geroux and Asmussen win at a 21% clip together.

Why he’ll lose: Simply too slow.

Why he’ll win: Trainer Doug O’Neill owns two Derby wins and has a knack for producing on the big day. By Tiznow out of a Storm Cat mare, he’s got stamina for the journey. Steady colt ousted Derby starters Practical Joke, McCraken and J Boys Echo in the Blue Grass.

Why he’ll lose: Despite winning the Blue Grass, it’s hard to ignore that it took him eight tries to break his maiden. Julien Leparoux settled him in the Blue Grass, delivering a perfect trip, his soft hands and sense of pace are with Classic Empire in the Derby.

Why he’ll win: Long stride, innate stamina, sweet post, great jockey and a trainer who was once kidnapped and held for ransom.

Why he’ll lose: Lightly raced, he made his career debut January 21st and faces the acid test here.

Why he’ll win: Have I mentioned Asmussen?

Why he’ll lose: One of three entries for the always-entering Calumet Farm, he’s winless in 10 career starts. Yes, he’s trying to become the first maiden to win the Derby since Brokers Tip in 1933.

Why he’ll win: The Gotham winner bounced in his fourth-place finish in the Blue Grass and because home-grown trainer Dale Romans somehow produces valiant finishes with Derby outsiders (Shackleford, Dullahan, Paddy O’Prado) and this colt has some of the same attributes.

Why he’ll lose: In six tries, he’s only managed to win a maiden race back in October and the Gotham in March, when the favorite lost the plot and the rest have proved that they don’t have the tune for this kind of song.

Why he’ll lose: Because with all his off-the-chart ability comes off-the-spectrum behavior. Craft your ticket with him all you want but don’t hit send until you see him walk in the gate, calm and cool. Even then, it’s risky, as he once wheeled and dropped his jockey strides out of the gate. How confident can you be with the time bomb ticking?

Why he’ll win: Because I picked him in December.

Why he’ll lose: Because I picked him in December.

Why he’ll win: Todd Pletcher at the controls. Well-meant and well-made, he cost $1.2 million as a yearling. His Blue Grass was too bad to be true.

Why he’ll lose: After four decent efforts, including a win in the Tampa Bay Derby, he was trounced by 11½ lengths in the Blue Grass, it’s hard to come up with a reason for that drubbing.

Why he’ll win: There’s nobody better with a target than Graham Motion. His rebound win in the Wood Memorial was the real Irish War Cry. Jockey Rajiv Maragh deserves it after a long recovery from a back injury.

Why he’ll lose: Enjoyed a perfect trip in the Wood and won’t get that in the Derby. When push came to shove in the Fountain of Youth, he ran for cover, and there’s a lot of pushing and shoving in the Derby.

Why he’ll win: There’s nobody better with a target than John Shirreffs. OK, there’s only one person equally as good with a target… Big, tough colt rebounded with a win in the Santa Anita Derby and should move forward from that.

Why he’ll lose: He beat Battle Of Midway and Royal Mo by short margins in the Santa Anita Derby and they’re not on anybody’s radars for the Derby. A grinder, he lacks the punch needed to put a Derby to bed.

Why he’ll win: Because Chad Brown will win the Kentucky Derby one year and it might as well be this year. A beautiful horse with ability, he’s rounding into his best form.

Why he’ll lose: He’s yet to land a blow on Classic Empire, Gunnevera and Irap. Brown was toying with blinkers for the Derby but decided against them, uncertainty is never good going into the most definitive race.

Why he’ll lose: The feel good story is rarely the fastest-horse story. 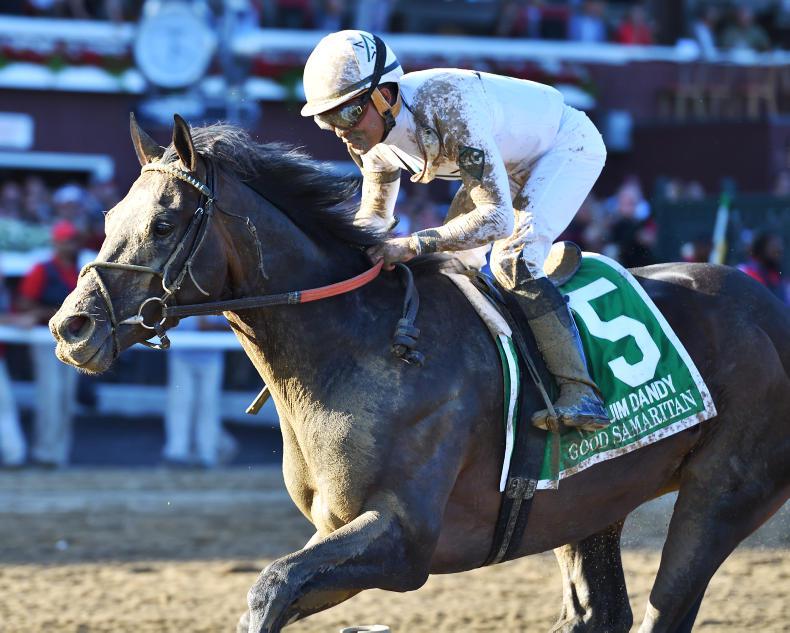 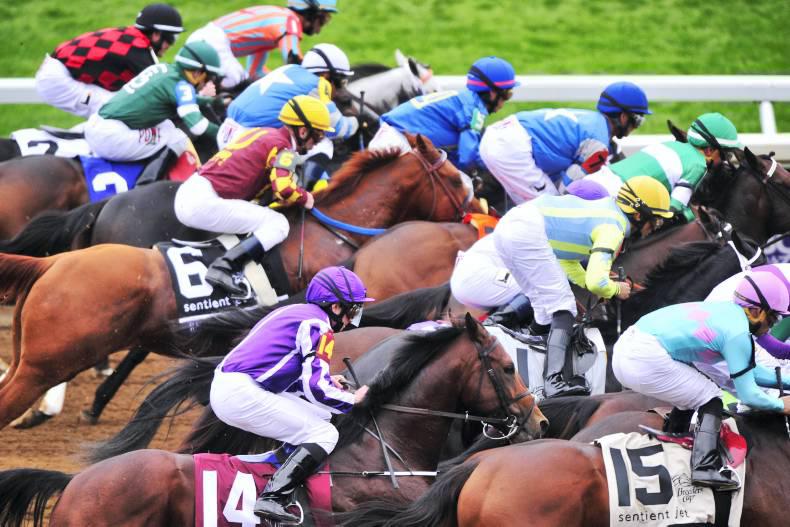 AMERICAN PREVIEW: Gunnevera take aim at Derby spot
The Florida and Louisiana Derbys are up for decision this evening in the US 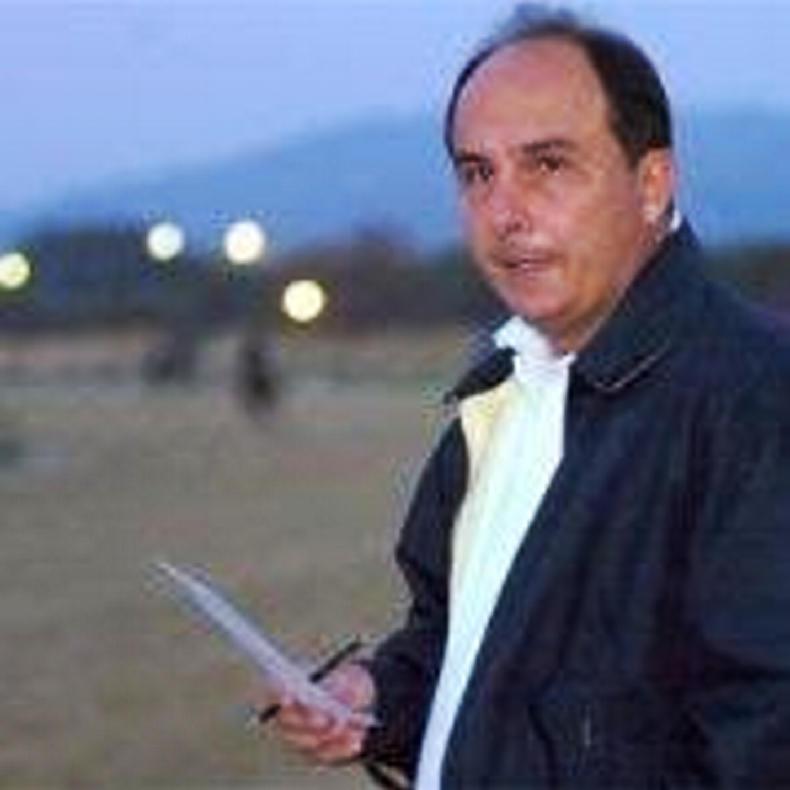 AMERICA: More easy wins for Sano
From the horrors of being kidnapped in his native Venezuela to being a successful trainer in America, life is looking good for Antonio Sano