Just one final step...
You must confirm your email address by clicking on the link we’ve sent to your email address.
You are only one short step away from reading 5 free Field+ articles.
Jalmoud joins Appleby's Royal Ascot team

Jalmoud joins Appleby's Royal Ascot team
By Irish Field Contributor on 06 May 2019
The son of New Approach won a listed contest at ParisLongchamp on Saturday. News also of Appleby's Guineas disappointment Al Hilalee who is still in the Derby

CHARLIE Appleby feels that Jalmoud has the ideal profile to be a lively contender in this year’s Group 2 Queen’s Vase at Royal Ascot.

The Newmarket handler is considering stepping the hat-tricking seeking son of New Approach up to a mile and three-quarters for the June 19th contest which was won last year by subsequent St Leger winner Kew Gardens.

Since meeting with defeat on his debut Jalmoud has not looked back in two starts this season after following up victory on his seasonal return at Newmarket when landing a listed contest at Paris-Longchamp on Saturday.

Appleby said: “He is not in the Derby as he was a horse that just looked to be taking his time to develop.

“When he broke his maiden at the Craven meeting we were pleased with it and physically he did well and it surprising how well he has done in two weeks.

“In France they went steady in soft ground and it turned into a three-furlong sprint which wouldn’t have suited him so I’m pleased how much he found because at one stage I thought he might have got swallowed up.

“I just wonder whether he might potentially be a Queen’s Vase horse. He has got a stout pedigree and I think going up in trip you will see a better horse in time.”

A step up in trip is likely to be on the cards for stablemate Al Hilalee, who is still as short as 11/1 for next month’s Investec Derby at Epsom, after he lost his unbeaten record when beating only three home in the 2000 Guineas at Newmarket.

Appleby added: “It was probably a race too soon of that calibre for him. He was a bit slow from the gate and after the first two or three furlongs we knew our fate.

“To be fair to William (Buick) he said after a couple of furlongs he was never in a rhythm aboard him so we have just got to put a line through it. He ran bad too be true.

“He was a bit tired on Sunday so we will monitor him over the next few days. He has got a pedigree that is stamina laden so stepping up is definitely going to be the next stage but more importantly we want to get him back in front and enjoying it.” 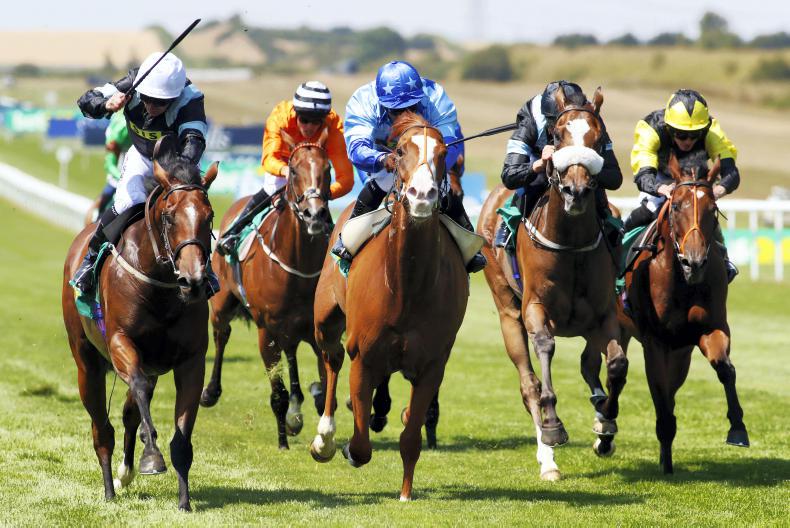