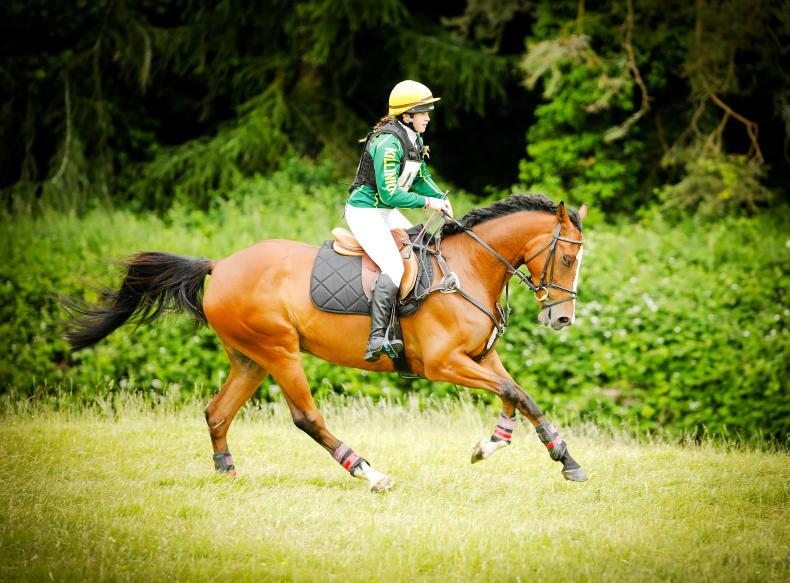 THE Killinick Branch of the Irish Pony Club staged its usual mid-week Connolly’s Red Mills qualifier at Sleedagh, Murrintown last Wednesday week when a large team of officials and volunteers ensured a great day’s sport for all.

The host Branch was quickly into stride, winning the two top-rated classes. At Intermediate level, there was a third win in the series for Isabelle Barry who completed on her second-place dressage score with the nine-year-old grey gelding Kildromin Mentor (27.8). The early leader on 25, Westmeath’s Robyn Carey riding Atlantic Clover Star, picked up 20 jumping penalties across the country where five combinations were eliminated.

Lily-Mai Berry brought up a hat-trick of victories in the Intro Intermediate where she led throughout on the eye-catching ex-racecourse Skylanna Scatman (25 penalties), an eight-year-old gelding by Tajraasi. There were four withdrawals from the 16 entries for this class while three combinations were eliminated on the final leg.

At Junior level, Wexford’s Rachel Brown recorded her first points in the series as she led throughout Section A with the Connemara mare Clogheen Siobhain (27.5), a 13-year-old by Carraig Galen Miller. In Section B, Westmeath’s Kevin Healy, who was second after dressage, topped the final leaderboard with Kilbunny Kabana (24.5), a nine-year-old chesnut gelding by Kannan out of an OBOS Quality 004 mare, while the winner of Section C was the Waterfords’ Conor Cusack with the first of his two rides, the British-bred Annandale Royal Mint (33.3), a 10-year-old grey gelding by Mintfield Osprey.

North Kilkenny’s Mia Perry consolidated her lead in the Under 12s league when winning Section B with the 21-year-old skewbald mare Murphy’s Mable while on board another skewbald mare, in this case the 19-year-old Shakey’s Dream (26), Rosie Bailey led throughout Section A to give the Island Branch a win on the day.

Lucy Jolly completed a double for the Waterfords when leading from start to finish with the Connemara gelding Ballyerk Galileo (22.8), 12-year-old roan by Rickamore Tattler.